7 Signs You May Be an Iconoclast 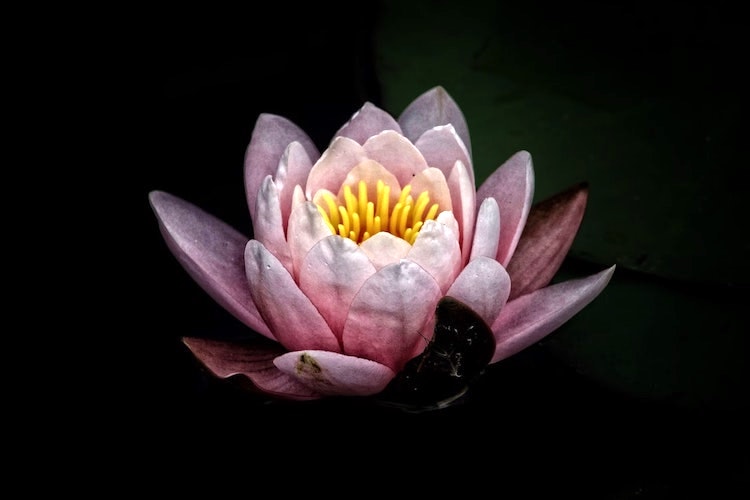 “If you would be a real seeker of truth, it is necessary that at least once in your life you doubt, as far as possible, all things.” ~Rene Descarte

An iconoclast is an individual who personifies a rebellious, contrarian, and oppositional spirit. They would rather reduce the world to a tabula rasa than become any kind of idealogue. More existential than teleological, more syncretistic than monistic, more unorthodox than orthodox, iconoclasts are icons of mutability, able to adapt and overcome rather than succumb to the rigid tendencies of the human condition.

1.) You are rebellious in spirit:

As an iconoclast, you are not a rebel without a cause, but a rebel with a cause. Your “cause” is to always be in search of a better way of being human in the world. Which means you are almost always in opposition to existing “ways.” Especially ways that kowtow to facile authority and claim to be unquestioningly true.

As such, you do not succumb to peer pressure. Just because everybody is doing it has never been a good reason to do it. You understand that the human condition is fallible, imperfect, and prone to be mistaken. Especially when it comes to beliefs. Therefore, you remain ahead of the curve by being rebellious in spirit against the flimsy ideals of humanity. Not in a misanthropic way, but in a skeptical way.

Your rebellion is vigilant, circumspect, and fierce. You embrace the hypocritical nature of the human condition as a given, careful to never rest upon any laurels or certitude. You rebel so that things do not become stuck. You rebel so that unhealthy stagnation doesn’t become the norm.

2.) You are contrarian in thought:

“The only thing I know is that I know nothing.” ~Socrates

You understand that the human mind is more of a delusion-generator than a truth-generator. From this understanding, you use the counterintuitive strategy of contrarian thinking. You are all about turning the tables on established thought. You flip the script so that no single script ever becomes scripture. You blindside established logic and reasoning so that new logic and reasoning can emerge.

You do this because you understand the weakness of human nature. You understand how easy it is to become married to an idea, theory, or belief, and to fortify them with thick walls of overthinking. But, as St. Augustine said, “We are too weak to discover the truth by reason alone.”

You understand that truth will always be elusive. Rather than attempt to pigeonhole it, or tame it, or force it into outdated scripture and tradition, or build it up into a rigid fundamentalism, you allow it to be free. You are in opposition to any idea, theory, belief, or ideal that claims to know the truth. For you understand that the truth that can be named is not the truth. The Tao that can be told is not the eternal Tao.

“All things are subject to interpretation; whichever interpretation prevails at any given time is a function of power and not truth.” ~Nietzsche

You realize that power tends to corrupt. So, rather than allow power to become absolute, you choose to challenge it every chance you get. This may mean dissidence or even revolution. But, as Fredrick Douglass said, “those who profess to favor freedom and yet deprecate agitation, are men who want crops without plowing up the ground.”

As an iconoclast, you are all about plowing up the ground. Especially beneath the throne of entrenched power constructs and authoritarian governments verging on tyranny. You are willing to become a martyr if need be. For freedom is more of a proactive meditation on liberty than it is a passive imitation of law and order.

“It is far better to grasp the universe as it really is than to persist in delusion, however satisfying or reassuring.” ~Carl Sagan

No religion is off the hook for being questioned to the nth degree by your ruthless inquiry. As an iconoclast, you challenge anyone who puts all their eggs into a single basket and then clings to it for dear life. From Pastafarians to Christians, from Flying Spaghetti Monsters to Jewish Zombies to 72 virgins in Heaven; all dogmatic and magical thinking is put on blast. No mercy.

This is not to say that iconoclasts are never spiritual. But as an iconoclast you realize the vital difference between spiritualty and religion. You understand that spirituality is open to your ruthless inquiry, whereas religion rejects your deep inquiry and calls it blasphemy.

Spirituality is your thesis, religion is your antithesis, and deep curiosity, along with ruthless inquiry, is your synthesis.

5.) You turn the tables on the status quo:

“Do not become one of those who only has the courage of other people’s convictions.” ~A. Bartlett Giamatti

Nothing irks you more than hearing someone say, “It’s just the way things are, who am I to change it.” They unwittingly limit themselves to the status quo. The status quo is the blind yet comfortable, ignorant yet blissful, codependent majority going through the banal motions of a boring nine-to-five, daily grind lifestyle based on fear, security, and safety.

You turn the tables on the status quo by persistently taking a leap of courage out of comfortable codependence and into adventurous independence to discover interdependent providence. Then you lead by example, by becoming a beacon of darkness despite the blinding light of the status quo. The blinding light is the warm yet suffocating, safe yet fearful, secure yet limiting, codependent state. You have the audacity to let your shadow shine like black gold, revealing the courage it takes to become a self-improving, self-empowered, self-overcoming, force of nature.

From your bird’s-eye view position as a force of nature, you are able to see the bigger picture. You see how everything is connected to everything else. You see how the codependent majority (the status quo) “doesn’t know what’s happening, and it doesn’t even know that it doesn’t know” (Chomsky). Which is all the more reason to shine your darkness (uncomfortable knowledge) into the blinding light of their all-too comfortable ignorance.

“Philosophy is a battleground against the bewitchment of our intelligence by means of language.” ~Ludwig Wittgenstein

As an iconoclast, you are the tip of the spear in the battle against bewitchment of intelligence. You go so far as not to “believe” anything. That way, you are free to embrace truth, however elusive. You understand that belief itself is a hang-up. Better to simply think your way through a concept rather than believe it.

In the battle against bewitchment, all beliefs, no matter how powerful or well-intended, are a hinderance to clear thought and self-improvement.

Better to think rather than believe. Thinking that something might be true allows for error, fallibility, and wrongness. Believing that something is certainly true cuts us off from all other possibilities. Belief is all or nothing, predicated upon faith despite facts or evidence. Thought is open-ended, taking beliefs, facts, and evidence into deep consideration and then using probability and validity to discover the truth.

More importantly, thinking rather than believing allows for skepticism and questioning. It is considered blasphemous to question a belief. Whereas questioning a thought is considered appropriate. Might as well just skip belief altogether and simply take things into thoughtful consideration.

As an iconoclast, you don’t believe what you think; you question what you think. For you realize that the cure for certainty is curiosity.

7.) You tend to make your own rules as an exile, outcast, or outlaw:

You are bigger than the law because you are proactively attempting to become more ethical than the society you grew up in. Some might call it functional anarchy, but you simply call it being free from masters and gods.

As an outlaw you have great respect for natural laws but not man-made laws. This is because you understand that humans are fundamentally flawed, fallible, and imperfect. As Edward Abbey wisely surmised, “Since few men are wise enough to rule themselves, even fewer are wise enough to rule others.” So why have faith in laws written by men that can’t even rule themselves?

All you need are the self-evident universal laws—the Golden Rule and The Non-aggression Principle. That’s it. All other laws are superfluous and arbitrary laws made by fallible men.

As such, people shouldn’t respect the law; the law should respect the people. As Plato said, “For a state in which the law is respected, democracy is the worst form of government, but if the law is not respected, it is the best.” By not respecting the law, you act as a checks and balancing mechanism against power ever corrupting or becoming absolute.

At the end of the day, you are an iconoclast because you realize that we must sow a little revolution if we are to reap a little evolution. You are determined to plant your heels deep into the ground, to lay your shield low, and to declare to the Powers That Be, as Henry David Thoreau did: “I was not designed to be forced. I will breathe after my own fashion. Let us see who is the strongest.”

Gary ‘Z’ McGee, a former Navy Intelligence Specialist turned philosopher, is the author of Birthday Suit of God and The Looking Glass Man. His works are inspired by the great philosophers of the ages and his wide awake view of the modern world. Visit his wesbite: Self-Inflicted Philosophy.