7 Reasons Why We Must Create (and Recreate) God 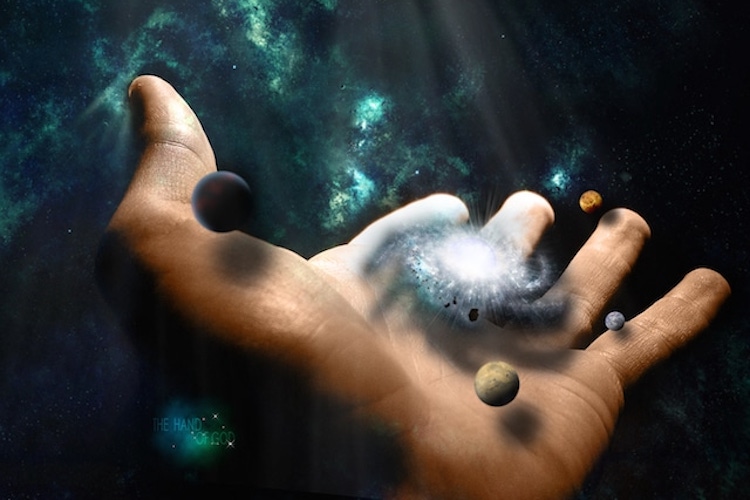 “If God didn’t exist, it would be necessary to invent him.” ~Voltaire

Belief in God is a funny thing. As a species, we’re torn between thousands of different versions. As individuals, we’re influenced by whatever God our forefathers passed down to us. Having been indoctrinated into never questioning that God for fear of blasphemy, religious pressures have us rigidly clinging to whatever God we were raised with.

Be that as it may, God, and the creation of God, is a vital aspect of what it means to be human. Whether humans created God or God created humans, whether the chicken came before the egg or the egg before the chicken, there is no denying our basic human need to at least attempt to make sense out of the overwhelming, seemingly infinite, nonsensical, absurd, and meaningless reality that surrounds us. The creation of God is that (perhaps vain) attempt.

Here are seven reasons why we must create, and recreate, God…

“God is dead! He remains dead! And we have killed him.” ~Nietzsche

Ah death. The ultimate finale. The quintessential zilch. The empire of entropy. It presses in on our fleeting life. It forces our head over the ledge and holds our eyelids open as we gaze into the abyss of a transient and finite life.

In the end, perhaps Death is the only God we’ll ever really know. But we are a stubbornly vain and imaginative species, and so we cannot help but create “technologies of ecstasy” that help us to transcend death. As Nietzsche also said, “No artist tolerates reality.”

And so we create God, the ultimate technology. The absolute-something that we usher in to trump the absolute-nothing of death.

Technology is to being human as webs are to being a spider. God is our ultimate web, the catch-all infinite thing. Our mortal coils are simply too much to bear, so we grab them and thrust them upwards into halos. How could we not? What else can be expected from a species that’s torn between spirit and flesh, between vain immortality and stifling mortality, between earthbound wormhood and heavenbound godhood? How do we not both plant our feet and flap our wings?

And so, we do. Despite contradiction. Despite irony and fallibility and hypocrisy. Despite paradox. Hell! We are paradox. We might as well own it, and then create God out of it.

Nothing is more dwarfing than infinity. As humans, we are the only animal that realizes it is a speck in a mighty cosmos. We understand that we are a flash in the pan in an ancient universe. We know that we don’t know. We can grasp the fact that we will never fully grasp the complexity of a breathtakingly expansive reality. And so, we balk.

And from this balking, we create God. We flip the script. We make God Infinity and Infinity God. Our creation created us in our own image, and suddenly we are not so small. We are the cosmos, and the cosmos is us. We’re no longer merely specks in the universe. We’re the entire universe in a speck.

Could it have been any other way? As stubborn as we are? As imaginative and creative we are? As vain as we are? Our imaginations are too ripe, and the universe is too big for us not to have created a technology to make sense out of it all, to ease our death anxiety and our insecurity from being such frail tiny creatures in an eternal and hostile universe.

It was inevitable that we would create God out of Infinity. Now, as spiritual seekers and seekers of truth, we need only maintain the Infinite heart of God despite religious attempts to pigeonhole it into finite text and limited dogmatic belief structures.

“The cure is for people to respect inquiry over assertion. Full, sober, objective inquiry is the only way forward.”

We are an inquisitive species. It was our inclination toward deep and imaginative inquiry that led our ancestors out of the trees to become the dominant force on the planet. Similarly, it was curiosity that led to the creation of God. Sadly, it’s “certainty” that has that created God stagnating in the outdated soup of religion.

Certainty is antithetical to curiosity. Certainty kills curiosity, which kills creativity. And suddenly we are left without the tools to create or recreate God. Instead, God rots. Or worse—God dies. Which is fine, as long as you still have the tools to build a better God. Curiosity is that tool. As long as curiosity trumps certainty, we will continue to be able to create and recreate God.

Curiosity is the ultimate psychosocial leveling mechanism. It forces our thoughts outside the box, stretches our comfort zone, shatters entrenched mental paradigms, and pushes the envelope of all the things we’ve taken for granted.

Curiosity is on the edge of tomorrow, laughing into the abyss, mocking the tiny-minded perspective of our parochial past, and gaping in astonishment and wild wonder into the mysterium tremendum et fascinans of the current moment. How could God not pop out?

On a long enough timeline anything is possible. But within the relatively small timelines with which we perceive reality, probability is (probably) our best bet for measuring the universe. Still, there is the probability of improbability to contend with. There is also Fate, destiny, and synchronicity to confuse us. How could we not use probability to transform all this chaos into God?

Nobody is off the hook for being wrong. The best we can do is get better at recognizing the hook for what it is so that we are less likely to get dragged away by it. By developing and practicing disciplined strategies for cutting the line and negotiating the hook before the Fisherman of Close-mindedness can reel us into his Boat of Dogmatism.

The most effective tool we have for recognizing the hook are logic, reasoning and the use of probability. The most effective strategy we have is to use these tools to question and interrogate the veracity of reality and the validity of our perception of it. The result can be a bigger, better, more holistic God. Indeed. A God that looks more like an infinite circle than a straight line.

“In each of you there is a call, a will, an impulse of nature, an impulse toward the future, the new the higher. Let it mature, let it resound, nurture it. Your future is not money or power, it is not wisdom or success—your future, your hard and dangerous path is this: to mature and find God in yourself.” ~Hermann Hesse

Love, passion, hunger for the unknown. Other than mortality, love is perhaps the greatest motivation for creating and continuing to create God. Especially in the sense of being Love and pouring our heart and soul into something bigger than we are. Or that feeling of becoming one with all things, holistic and interdependent. That magnanimous feeling of transcendence, crown chakra in full flutter like a fountainhead to the cosmos. The feeling of being tapped-into the universal construct, an open conduit to higher order. How could we not call this God? Or at least a connection to God.

What do we call that deep connection we feel when we witness a stunning sunset, or smell the sharp scent of petrichor after a desert rain, or when we lose ourselves in a campfire or the stars? Or, most powerful of all, when we lose ourselves in the ecstatic embrace of a lover. How could we not call this God? How could we not call this love? Love and God are synonymous in this sense.

“Things alter for the worse spontaneously, if they be not altered for the better designedly.” ~Francis Bacon

Aesthetics, symmetry, balance, beauty. The fabric of reality is itself high art. The geometry of the cosmos is the unknowable matrix binding all things. Through our imagination we create entire worlds, galaxies, other universes, God. We cannot tolerate merely existing, and so we create art and bring meaning to the meaninglessness. And God is the highest art of all.

Art is the heart of technology, and technology is our second skin. God is both our grandest canvas and our most aesthetic technology. We were wise to create God, because our imaginative yet anxious species is plagued with the knowledge of death. We needed an outlet. We needed a divine catharsis within which to reconcile our deepest darkest insecurities. And we are even wiser for altering God, for redesigning God, for reprogramming and rebirthing God into an ever expanding, aesthetically arresting, immortality project that we can co-evolve with.

Indeed. Lest God alter for the worse spontaneously, we would be wise to alter God for the better designedly.

We do this through high art. We do this by making life itself an artform. We do this by questioning all religions, all ideologies, and all Gods. We do this both independently and interdependently, having left petty codependence behind. We become self-improving, self-actualizing, self-overcoming cosmic heroes who create, recreate, and co-create God in our own image.

“This is patently absurd; but whoever wishes to become a philosopher must learn not to be frightened by absurdities.” ~Bertrand Russell

In the face of the almighty cosmic joke, we all have a choice to make. Is it cry, cry, cry; or is it laugh, laugh, laugh? Is it self-pity, or self-overcoming? Is it taking things too seriously, or being lightheartedly sincere? Is it create a jealous and destructive God that we fear, or create a God we can love, laugh, and be human with?

It seems like an easy choice, but there is cultural, political, and religious conditioning to take into consideration. There is fear-based indoctrination and petty placation that will challenge your courage-based humor. There is cognitive dissonance that will challenge your ability to maintain an openminded sense of humor. There are outdated notions of God that will attempt to control you through fear, jealousy, power, and the need for control.

All the more reason to kill God, to sacrifice it to the greater good of a greater God. Like a divine life-death-rebirth process. We kill our old notion of God so that a new notion of God—one that’s closer to the truth—can emerge. “God is dead! Long live God!” A god that is truly infinite will have no problem continually rebirthing itself through mortality, infinity, curiosity, probability, art, love, and humor.

Yes. It was necessary to create God. And it is even more necessary that we recreate God. Like a mighty Phoenix, God is always needing to be reborn.