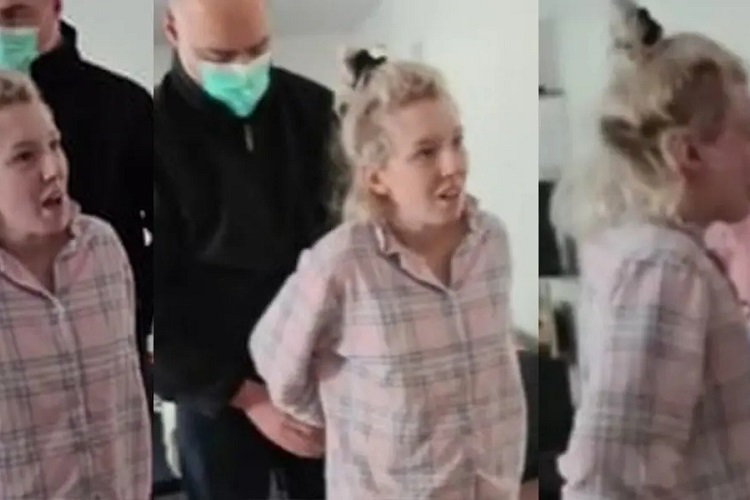 A pregnant woman from Melbourne, Australia, was arrested for creating a Facebook event page for an anti-lockdown protest. The protest has not taken place yet, but the police came to her house and arrested her proactively before it could happen. A video later posted online showed 28-year-old Zoe Buhler being handcuffed by police in her house in front of her children.

‘I have an ultrasound in an hour because I’m pregnant,‘ she said, while objecting to her arrest.

She insisted that she could not have broken any laws.

“Actually you are, that’s why we’re arresting you in relation to incitement,” police replied.

Buhler offered to delete the post, and her boyfriend James Timmins said that she could cancel the event.

“How about she just doesn’t do the event? It’s not like she’s done it, she made a post,” he said.

The post has been already been deleted anyway, but below is a screenshot of what it looked like before. 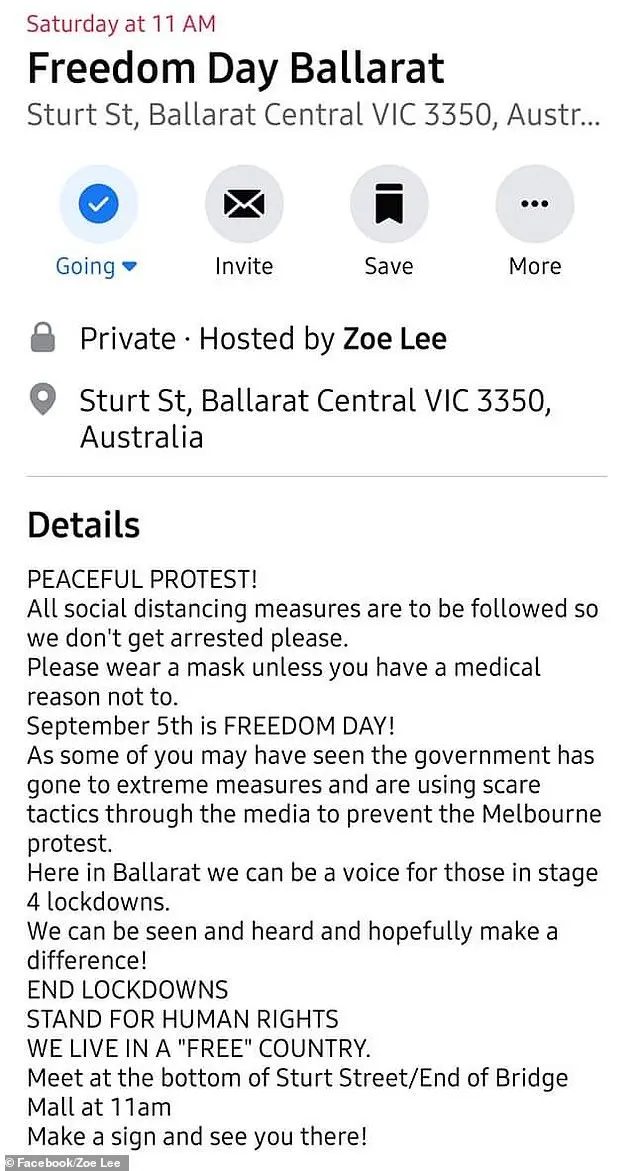 Police also said that they would seize all of the electronic devices in the house. Buhler was later charged with incitement and released on bail. Next, she will face the Ballarat Magistrates Court on January 25th of next year.

A spokeswoman for Victoria Police told the Daily Mail Australia that anybody who attends the protests “can expect a swift and firm response from police.”

“We will have no hesitation in issuing $1,652 fines to anyone who is breaching the restrictions on the day, or making arrests if necessary,” the spokeswoman said.

The Australian government has banned protests of any kind, even Black Lives Matter protests that have been permitted other countries have been banned, with threats of imprisonment or fines of up to $1,000 for anyone attending. More serious charges have been floated for organizers of protests.