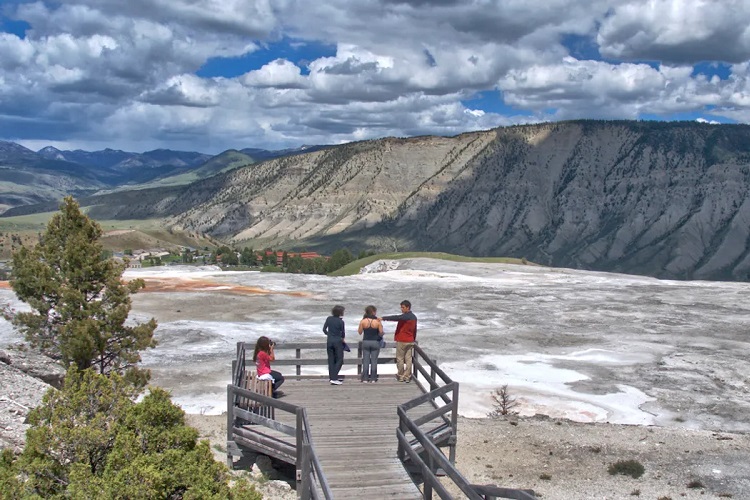 If you’re looking to get outside and enjoy the remarkable vistas that the U.S. national parks offer, you may be in luck. Some national parks are planning a phased reopening.

Two of the nation’s most popular national parks, Yellowstone and Grand Canyon, are starting to allow visitors. Yellowstone will reopen on a limited basis, starting on Monday, May 18. Yellowstone has been closed to visitors since March 24, according to CNN.

That has not stopped people from visiting anyway. On Tuesday, a woman suffered burns after sneaking into the park and falling into a thermal pool while backing up to take photographs of the Old Faithful geyser, as The Associated Press reported.

Wyoming asked to have the park reopen, so the first phase of reopening will only allow admission to entrance gates in Wyoming and access to the park’s southern loop. Entrances in Montana will remain closed, as CNN reported.

“I would prefer it’s not just a light switch and the park is open and we get inundated and overwhelmed and aren’t able to handle it,” said Cam Sholly, the park’s superintendent, as The Associated Press reported.

Sholly added that a massive amount of signage will encourage social distancing and the public’s behavior will help determine when the park can open fully.

According to CNN, Grand Canyon National Park will reopen the South Rim South Entrance from May 15-18. The entrance will allow incoming traffic to enter for daytime access from 6 to 10 a.m. Certain viewpoints, picnic areas and restrooms will be open for use. However, the South Rim’s East Entrance, Desert View, Grand Canyon Village and a number of trails will remain closed.

“This initial reopening phase will increase access to our public lands in a responsible way by offering the main feature of the park for the public, the view of the canyon, while reducing the potential exposure of COVID-19 to our nearly 2,500 residents,” Grand Canyon National Park superintendent Ed Keable said in a press release, as USA TODAY reported.

Arches and Canyonlands will reopen on May 29 with almost all trails, roads and restrooms available to the public. However, the visitor center will remain closed, as will Arches Fiery Furnace, a popular hike.

“That trail is so narrow in places that it is impossible for us to keep people safe in there,” said Angie Richman, the parks’ chief of interpretation, noting that it would be impossible for visitors to socially distance, as The Salt Lake Tribune reported. “We don’t know when we will be able to reopen it.”

In Colorado, Rocky Mountain National Park will start to reopen on May 27. Businesses in Estes Park, the town that borders the park, are using the two-week notice to disinfect and put protocols in place for operating while maintaining social distance. The downtown shopping district even requires mask wearing outside, as CBS News Denver reported.