Collective Revolution And Individual Enlightening Are The Same Thing 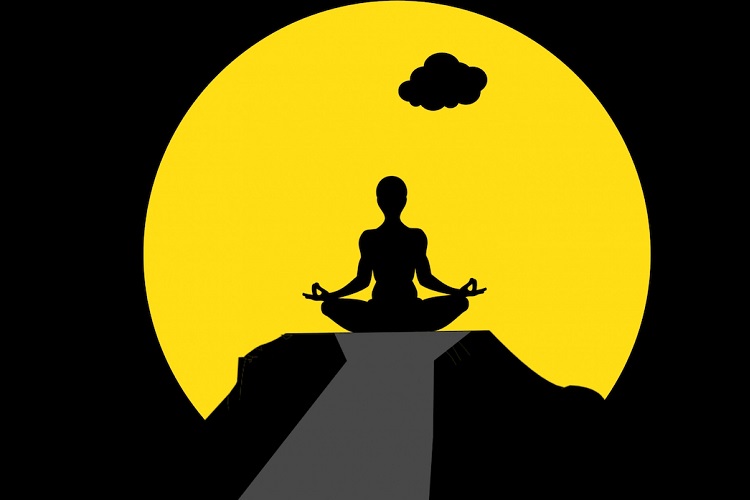 This is not a click-friendly fact to highlight. Whenever I talk about revolution as having more to do with sincere inner work than with demonstrations and pitchforks and the proletariat rising up against the bourgeoisie, I get met with a lot of blank stares and dead air. It’s much more click-friendly to talk about how terrible this or that politician or oligarch or media figure is and how they should be launched into the sun with a giant crossbow.

It’s true though. Revolution is an inside job.

This is not a click-friendly thing to say because it is not an egoically pleasing thing to say. When they ask why the world is screwed up and what to do about it, people want to be told that it’s because of those Bad Guys over there and they need to be put in their place by these Good Guys over here; they don’t want to be told they need to disentangle themselves from egoic consciousness so they can see clearly enough to operate in an efficacious way.

This is not some new agey, metaphysical philosophical position. I’m not saying that there are no villains outside yourself or any of that dopey spiritual woo woo crap; there absolutely are horrible people in the world who absolutely are doing horrible things that have absolutely horrible consequences for all of us. I’m not saying that if you do inner work you’ll magically make the sociopathic elites who are manipulating humanity toward its doom somehow turn into nice people via some esoteric mystical principle or anything like that. And I’m definitely not saying not to organize, demonstrate or take large, decisive actions against establishment power structures.

What I am saying is that the most effective thing you can do to fight the bastards and create a healthy world is to bring clarity to your own inner processes, so that’s where your energy should be most emphasised.

Egos love being told that the problem and the solution exists outside in other people. Egos thrive on conflict and drama, so the more you make it about fighting others the better; hell it’s even more fun if you can make the case that traitors within your own ranks need to be fought because they have slightly different views from you. What egos don’t like to be told is that it’s the ego itself (or more specifically the belief in it) that is the problem.

But simply pouring your energy into fighting Bad Guys is not an efficacious means toward the end of a healthy world. People who do this find their efforts stagnated and ignored, which is a big part of why so many lifelong revolutionary-minded individuals wind up becoming bitter and jaded in their struggles.

This is because most people, even people who are relatively more awake than the general mainstream population, are severely confused. Most people simply are not conscious of the way their own perception and cognition is actually happening from moment to moment, so their perception and cognition are beholden to subconscious conditioning patterns which were set years or decades ago without any consideration as to whether they would be helpful later on or would be useful in rallying the masses to overthrow their capitalist oppressors. This is made infinitely more complex and confusing by the fact that vast troves of wealth go into manipulating the public away from revolution and toward establishment loyalism.

The word “enlightenment” has a ton of sticky baggage, and can make a shoddy pointer in the way it implies some lofty, elevated state that a very few special people can attain through great effort and then are finished. Really it’s just meant to point to the process of becoming aware of the way your own field of consciousness operates and the perceptual/cognitive habits that you’ve formed for interpreting/understanding your experience. For this purpose I prefer the word “enlightening“, since it suggests an ongoing process rather than some remote “done” state.

By emphasising your own enlightening, your energy is well spent eliminating the mental distortions and egoic sticking points which so often bog down dissident movements (and if you’ve spent any time in revolutionary-minded circles with your eyes even half-open you’ll know exactly what I’m talking about). Because you’re investing your energy in your own backyard, so to speak, you’re dealing with the one area of your life that you actually have some degree of control over. You have no influence over whether the left will espouse your particular vision of revolutionary action by November or whatever, but you absolutely do have influence over whether you’re operating from truth or from delusion.

By making a firm commitment to being ruthlessly honest with yourself and exploring your own inner dimensions via meditation, self-enquiry, contemplation etc, you are opening up the possibility of the birth of a true revolutionary: someone who both desires revolutionary change and has the clarity of vision to efficaciously help manifest it in the world. But first you must pursue the truth at any cost; not “the truth” about Bad Guys and secret societies, but the truth about you and your actual experience of this world. You must put truth, and the desire to know it, above all else.

In this way you are bringing to your own personal microcosm the transformation that we need to see in the outer societal macrocosm: you are enlightening yourself in the exact same way humanity as a whole needs to enlighten. Indeed, it is the exact same movement; your inner work is no more separable from humanity’s collective awakening than an individual antibody’s attack on a pathogen is separable from the entire immune system’s return to health.

A man named Ramana Maharshi once said “Your own Self-realization is the greatest gift you can render the world.” This is what your drive toward revolution is calling you home to. Not toward egoically pleasing conflict and drama, not toward a violent uprising which will inevitably see a reversion to the same preexisting conditioning patterns, but toward a transformation in yourself which will enable you to guide the world toward health in a lucid and efficacious way.