75,000 American Deaths Predicted From Overdose and Suicide During COVID-19 Pandemic 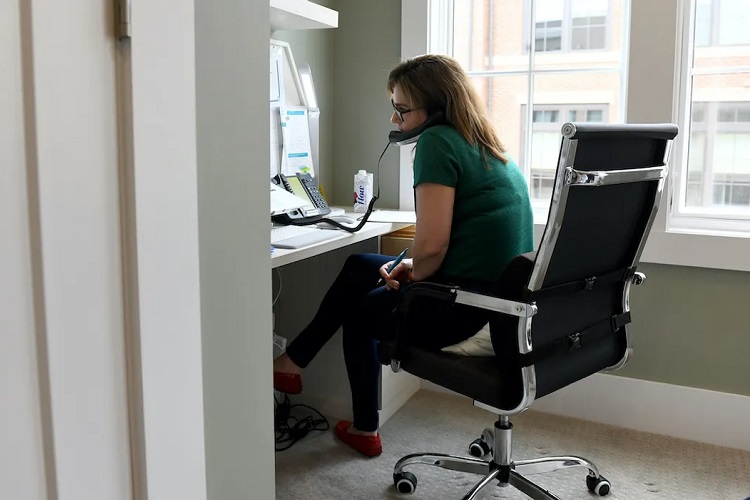 The growing unemployment crisis, the stress of self-isolation and the fear of contracting the novel coronavirus are likely to lead to as many as 75,000 deaths due to drug or alcohol misuse and suicide, according to an analysis conducted by the national public health group Well Being Trust and reported on by CNN.

Not knowing when a sense of normalcy will return may lead to an increase in what the group calls “deaths of despair.” Federal agencies and experts warn that a crisis in mental health problems is on the horizon: depression, substance abuse, post-traumatic stress disorder and suicide, according to The Washington Post.

Miller emphasized that the numbers are just a projection and could easily change with a bit of intervention.

“We can change the numbers — the deaths have not happened yet. However, it is on us to take action now,” Miller said to CNN.

Already, communities across the country have seen an increase in overdoses. In Jacksonville, Florida, the fire and rescue department reported a 20 percent increase in overdose emergency calls in March. There were similar spikes in Columbus, Ohio and in at least four counties in New York State, according to ABC News.

“I think we need to consider the role that social isolation coupled with non-stop reporting on the pandemic may have on the feelings of desperation and hopelessness among those struggling with substance abuse,” U.S. attorney for the Western District of New York James Kennedy Jr. said in a statement, as ABC News reported. “Amidst the current crisis, we need to remember that substance abuse existed long before COVID-19, and it will likely remain long after we have wiped out the virus.”

Similar to the way hospitals were caught unprepared for a pandemic, the U.S. mental health system, which is underfunded, stigmatized and difficult to access, is less prepared to handle a mounting crisis.

“That’s what is keeping me up at night,” said Susan Borja, who leads the traumatic stress research program at the National Institute of Mental Health, to The Washington Post. “I worry about the people the system just won’t absorb or won’t reach. I worry about the suffering that’s going to go untreated on such a large scale.”

The Well Being Trust looked at the impact unemployment, isolation and uncertainty had in certain areas to create a detailed map of where it expects to see spikes in suicide and overdose-related deaths for the next decade. They used historical data to make their predictions, noting that overdoses and suicides increased in tandem with the unemployment rate during the Great Recession in 2008 and 2009, as CNN reported.

Well Being Trust predicts the most deaths per capita will occur in Nevada, Arizona, New Mexico, Wyoming, West Virginia, Rhode Island and Delaware, according to CNN.

The group said that federal, state and local authorities should try to find opportunity within the crisis. For instance, people could be hired for contact tracing. They also said that more leeway should be granted to telemedicine for mental health to increase access to services.

“This screams for an opportunity to examine what wasn’t working about mental health delivery prior to COVID and examine new strategies to create a new and more integrated approach to mental health post-COVID,” said Miller, as CNN reported.

More people are seeking help. Talkspace, an online therapy company, has seen a 65 percent increase in clients since mid-February.

“People are really afraid,” Talkspace co-founder and CEO Oren Frank said to The Washington Post. The increasing demand for services, he said, follows almost exactly the geographic march of the virus across the U.S. “What’s shocking to me is how little leaders are talking about this. There are no White House briefings about it. There is no plan.”

Well Being Trust believes the rising issue of mental health issues could be addressed and mitigated.

“The models we have created rely on the way it happened before. When our communities were faced with rising unemployment, social isolation and individual uncertainty the people suffered and that led to increased deaths of despair. It might be different,” they said in their report, according to CNN.

“By taking stock of the current crisis, predicting the potential loss of life, and creatively deploying local community solutions, it may be possible to prevent the impending deaths of despair. We should not sit idly by, waiting for 75,000 more deaths of despair.”