YouTube CEO Vows to Censor Anyone Speaking Against WHO 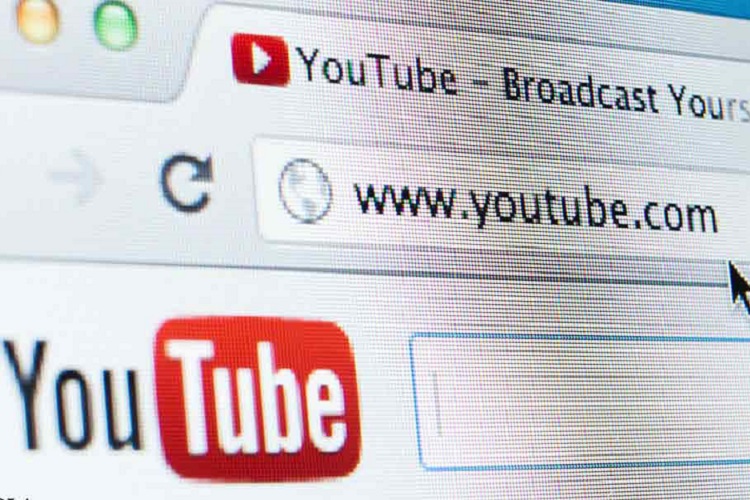 Draconian censorship is in full swing again, this time around the novel coronavirus SARS-CoV-2 and COVID-19. Just about anything that questions or contradicts the biased edicts of the World Health Organization is now being blocked, taken down or tagged as fake news on social media platforms.

For example, April 26, 2020, Twitter suspended the account of the publicly traded biotech company AYTU BioScience. Its crime? Sharing information about its novel UV light therapy for COVID-19, which it is developing in collaboration with Cedars-Sinai medical center.

Expedited Food and Drug Administration approval is being sought for the technology, which involves administering “intermittent ultraviolet (UV-A) light inside a patient’s trachea.”

NewsGuard Is a True News Blocker

Similarly, NewsGuard recently classified mercola.com as fake news because we reported the SARS-CoV-2 virus as potentially having been leaked from the biosafety level 4 laboratory in Wuhan City, China, the epicenter of the COVID-19 outbreak.

“In January 2018, China’s first maximum security virology laboratory (biosecurity level 4) designed for the study of the world’s most dangerous pathogens opened its doors — in Wuhan. Is it pure coincidence that Wuhan City is now the epicenter of this novel coronavirus infection?

The year before, Tim Trevan, a Maryland biosafety consultant, expressed concern about viral threats potentially escaping the Wuhan National Biosafety Laboratory,5 which happens to be located just 20 miles from the Wuhan market identified as ground zero for the current NCIP outbreak.”

According to NewsGuard, “There is no evidence that the Wuhan Institute of Virology was the source of the outbreak, and genomic evidence has found that the virus is ‘96% identical at the whole-genome level to a bat coronavirus.'”

Clearly, NewsGuard doesn’t understand or adhere to the definition of fake news, considering multiple government sources are reportedly looking into the virus’ origin, including Gen. Mark Milley, chairman of the Joint Chiefs of Staff, whom Fox News quotes saying:

“It should be no surprise to you that we have taken a keen interest in that and we’ve had a lot of intelligence take a hard look at that. I would just say at this point, it’s inconclusive, although the weight of evidence seems to indicate natural, but we don’t know for certain.”

According to an April 5, 2020, article in Daily Mail, British government officials are also considering the possibility that SARS-CoV-2 leaked from the Wuhan facility, stating the possibility of this “is no longer being discounted.”

Interestingly, an April 16, 2020, report by CNN reveals the censorship of articles mentioning the possibility that SARS-CoV-2 may have leaked from the Wuhan BSL4 facility appears to come from China, which means NewsGuard, Facebook and others are functionally protecting Chinese interests and inhibiting scientific inquiry.

A recent example is a popular documentary by Epoch Times about the possible link between Covid-19 and a research lab in Wuhan, China. The documentary formed no conclusions and the theories it discussed had not been disproven.

However, Facebook intervened to punish me and others who dared to share this factually accurate documentary on Facebook. Without warning, the social media company notified us that our pages were being throttled or shown to fewer people … Facebook also said that people visiting our pages would be told we share fake news.”

Would it surprise you in the least to learn that the “fact check” basis for this censorship is an article written by a researcher who works with the Wuhan lab? Me neither. Like NewsGuard, Facebook has placed itself as judge and jury over what lines of thinking people are allowed to engage in, and this tactic simply has no place in a free and democratic society. So, what does that tell you about these organizations and platforms?

In an April 23, 2020, article, Business Insider reported statements made by YouTube CEO Susan Wojcicki, wife of Google product director Dennis Troper. She too spits in the proverbial face of Americas freedom of speech:

“Wojcicki says the platform will ban content peddling fake or unproven coronavirus remedies. In an interview with CNN, she also suggested that video that ‘goes against’ WHO guidance on the pandemic will be blocked …

Among the censored YouTube videos is a viral video by Drs. Dan Erickson and Artin Massihi, co-owners of Accelerated Urgent Care in Bakersfield, California, in which they questioned the logic behind California’s stay-at-home order. The video had garnered 5 million views by the time it was taken down. In the video, Erickson pointed out that there’s:

Erickson also criticized the fact that mortality statistics are being skewed by counting people who die from other conditions as COVID-19 deaths.

“When someone dies in this country right now, they’re not talking about the high blood pressure, the diabetes, the stroke. They’re saying ‘Did they die from COVID?’” Erickson said in the video.

“We’ve been to hundreds of autopsies. You don’t talk about one thing, you talk about comorbidities. ER doctors now [say] ‘It’s interesting when I’m writing about my death report, I’m being pressured to add COVID. Why is that?”

By banning anything that contradicts the World Health Organization’s recommendations, Wojcicki asserts that the WHO is infallible, which it clearly is not. There’s no shortage of examples proving WHO has been wrong on many occasions, and should not be relied upon as the premier, let alone sole, source of information and medical instruction.

The WHO is beyond conflicted, and because of its existing funding fails to complete its initial mandate to promote the attainment of “the highest possible level of health” by all peoples.

The WHO Has Long Been Criticized for Its Bias

For example, June 11, 2009, the World Health Organization declared a global pandemic of novel influenza A (H1N1). A vaccine was rapidly unveiled, and within months, cases of disability and death from the H1N1 vaccine were reported in various parts of the world.

In the aftermath, the Council of Europe Parliamentary Assembly (PACE) questioned the WHO’s handling of the pandemic. In June 2010, PACE concluded “the handling of the pandemic by the World Health Organization (WHO), EU health agencies and national governments led to a ‘waste of large sums of public money, and unjustified scares and fears about the health risks faced by the European public.'”

Specifically, PACE concluded that the drug industry had influenced the organization’s decision-making. Another example is presented in the 2019 report “Corrupting Influence: Purdue & the WHO,” produced by U.S. Reps. Katherine Clark (D-Mass.) and Hal Rogers (R-Ky.), which concluded Purdue Pharma had influenced WHO’s opioid guidelines.

The WHO was also heavily criticized for its lack of leadership during the 2013 through 2015 Ebola outbreak in West Africa. Two separate reports published in 2015 highlighted the WHO’s failures, one issued by a panel of independent experts commissioned by WHO itself, and one by an independent group of 19 international experts convened by the London School of Hygiene and Tropical Medicine (LSHTM) and the Harvard Global Health Institute.

The LSHTM and Harvard Global Health Institute experts pointed out that the WHO has lost so much trust that radical reforms will be required before it will be able to assume an authoritative role.

US Suspends Funding to the WHO Pending Investigation

Considering the fact that nothing has actually changed within the organization since then, it’s not inconceivable that the WHO’s COVID-19 pandemic response is questionable. The drug industry has no lesser influence over WHO today than it did in 2009, and the Gates Foundation’s influence has only grown since then too.

April 7, House Rep. Guy Reschenthaler, R-Pa., and 20 additional co-sponsors introduced a resolution calling for the U.S. to defund the WHO “until its embattled Director-General Dr. Tedros Adhanom Ghebreyesus resigns and the United Nations-backed organization is investigated over its treatment of China during the coronavirus pandemic,” Fox News reported.

Republican Sen. Rick Scott, Florida, is also calling for a congressional committee to investigate the WHO. According to Scott:

“When it comes to coronavirus, the WHO failed. They need to be held accountable for their role in promoting misinformation and helping Communist China cover up a global pandemic. We know Communist China is lying about how many cases and deaths they have, what they knew and when they knew it — and the WHO never bothered to investigate further.”

A week later, President Trump announced the U.S. will temporarily suspend its funding to the WHO while the White House investigates the organizations handling of the pandemic.

Remember Mark Lynas? Lynas is a Monsanto ambassador and well-established shill for the GMO industry who in recent years has started defending vaccines as well, suggesting that anti-GMO and anti-vaccine groups are closely linked. I wrote about this evolving trend in my 2018 article, “Strange Bedfellows: GMO and Vaccine Partnerships.”

Third on the list is the claim that “The virus escaped form a Chinese lab.” As discussed above, government officials in the U.S. and U.K. are not discounting this possibility, so why is Lynas? Could it be because the Gates Foundation funds the WHO, which in turn protects China?

Also on his list is the claim that “COVID death rates are inflated,” which he says “has no basis in fact.” Is that so? The CDC no longer requires doctors to do testing in order to confirm that a patient is in fact infected with SARS-CoV-2 or died from COVID-19. The numbers now include “suspected” and “assumed” cases. How could this not result in an overestimation of the problem?

Censorship inevitably leads to public distrust. There’s no need for censorship when you have nothing to hide and are willing to address shortcomings. Ninety percent of news media is controlled by six corporations. As a result, the vast majority of what you read, see and hear is already part of a carefully orchestrated narrative created and controlled by special interest groups.

When you tack on censorship by internet platforms such as Twitter, YouTube and Facebook, your chances of being grossly underinformed or misinformed are exponentially magnified. The end result is a Truman-esque fictitious reality where most of what you believe to be true is in fact false.