Homeless People Ticketed for Being Outside and Violating Social Distancing Orders 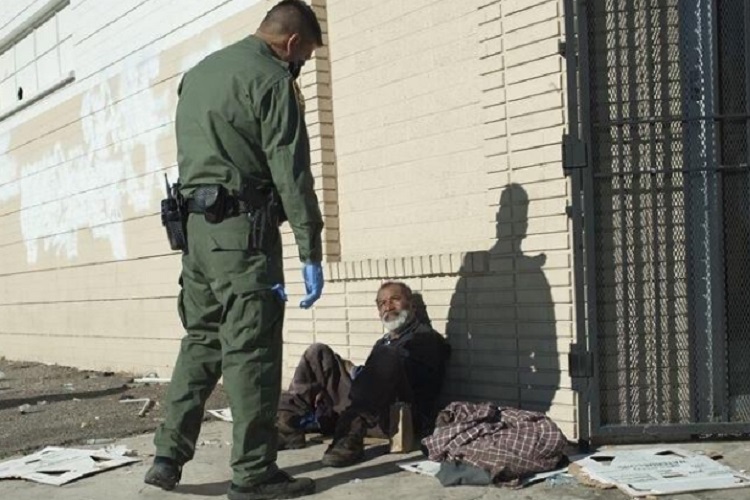 In the city of Hamilton in Ontario, Canada, police have been ticketing homeless people for not observing social distancing rules during the pandemic.

The tickets reportedly come along with a fine of up to $750, which homeless people are obviously unable to pay.

Local human rights advocates are speaking out about the injustice and demanding the police stop issuing the fines. Lisa Nussey of Keeping Six, a local homeless advocacy group, said that fining people isn’t going to solve anything.

“I think the message to police should be that this a question of public health, not law and order, and people need to be given every opportunity and every avenue to promote public health,” Nussey said.

Police Chief Eric Girt said that police were giving people warnings and gradually enforcing the social distancing orders over time. But he also said that writing tickets was up to the officer’s discretion.

“We want compliance first. We certainly explained it to a number of people. Some people remain oppositional, so then we’re put in a spot where we may have to do enforcement and that’s obviously our last alternative,” Girt told the Hamilton Spectator.

Police in France have also been accused of fining homeless people for being outside during the pandemic and have received similar criticisms from local human rights advocates.

Large homeless populations throughout the world are experiencing this unique challenge during the coronavirus pandemic.

In some regions, homeless populations have been given access to temporary housing in shelters or hotels, but more often than not they are treated more like criminals than humans in need.

In Los Angeles, California, homeless single mothers calling themselves “the reclaimers” have begun to occupy vacant homes to get themselves and their families off the streets during this dangerous time.

Local officials have recognized the actions of the reclaimers and have said that they will be able to stay in the homes temporarily during the pandemic.