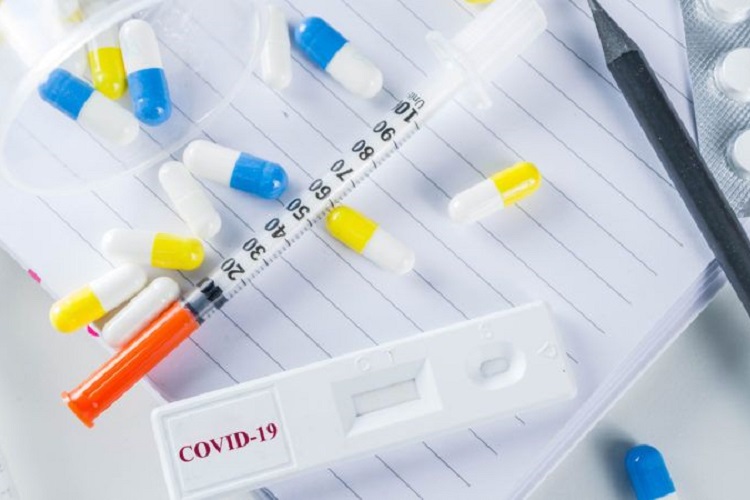 There are two worlds. In the first, independent researchers with no conflicts of interest, and, hopefully, a sense of logic, sort out what is actually going on behind propaganda parading as medical research.

In the second world, it’s all official propaganda, wall to wall, posing as science.

This article looks at the second world. It doesn’t mention what I’ve established in prior articles (full archive here): the unproven discovery of a new virus (COVID); the notoriously useless PCR diagnostic test for the virus, rendering case numbers meaningless; the con-job proposition that COVID is a real disease with one cause, rather than a grouping of people with diverse conditions clustered under one fake umbrella term (COVID).

In the second world, we have the announcement that a new antibody test has been developed to detect COVID-19 virus in people. Millions of test kits have been ordered. Some versions of the test can be self-administered quickly at home.

So let’s go to the mainstream media and see what they, and their medical sources, have to say about the new antibody test. Buckle up.

Chicago Tribune, April 3: “A new, different type of coronavirus test is coming that will help significantly in the fight to quell the COVID-19 pandemic, doctors and scientists say.”

“The first so-called serology test, which detects antibodies to the virus rather than the virus itself, was given emergency approval Thursday by the U.S. Food and Drug Administration.”

“The serology test involves taking a blood sample and determining if it contains the antibodies that fight the virus. A positive result indicates the person had the virus in the past and is currently immune.”

“Dr. Elizabeth McNally, director of the Northwestern University Feinberg School of Medicine Center for Genetic Medicine…’You’ll see many of these roll out in the next couple of weeks, and it’s great, and it will really help a lot,’ said McNally, noting doctors and scientists will be able to use it to determine just how widespread the disease is, who can safely return to work and possibly how to develop new treatments for those who are ill.”

Got that? A positive test means the patient is now immune to the virus and can walk outside and go back to work.

NBC News, April 4, has a somewhat different take: “David Kroll, a professor of pharmacology at the University of Colorado who has worked on antibody testing, explained that the antibodies [a positive test] mean ‘your immune system [has] remembered the virus to the point that it makes these antibodies that could inactivate any future viral infections’.”

“Because the test can’t be used as a diagnostic test, it would need to be combined with other information to determine if a person is sick with COVID-19.”

Oops. No, this really isn’t a diagnostic test, it doesn’t tell whether the patient is immune and can go back to work. Excuse me, what??

Business Insider, April 3: “The world’s leading industrial nations have so far failed to identify any coronavirus antibody tests that will be accurate enough for home use, according to the UK’s Health Secretary Matt Hancock.”

“The UK and other nations are currently examining plans to use antibody tests to allow individuals with immunity to COVID-19 to exit their national lockdowns early through the use of a so-called ‘immunity passport’.”

“Spain was recently forced to return tens of thousands of rapid coronavirus tests from a Chinese company after they were found to be accurate just 30% of the time.”

“Some tests have demonstrated false positives, detecting antibodies to much more common coronaviruses.”

“Scientists also remain unsure about the extent to which a past infection could prevent reinfection and how long an immunity would remain.”

Hmm. So the new antibody test has very serious problems, and it hasn’t been cleared for public use.

Medicine Net (undated): “Researchers at the Mount Sinai Health System say they’ve developed a test that can find out if you already have had or were infected with the new coronavirus.”

“The test is called “serological enzyme-linked immunosorbent assay,” or ELISA for short. It checks whether or not you have antibodies in your blood to SARS-CoV-2, the scientific name of the new coronavirus that causes COVID-19.”

“Researchers say ELISA works like antibody tests for other viruses, such as hepatitis B. It will show whether your immune system — the body’s defense against germs — made contact with SARS-CoV-2, even months before.”

“The test could help scientists fight the pandemic in several ways. It can give researchers a more accurate measure of how many people had the new coronavirus. It would also let health care workers who were ill with COVID-19 symptoms, but were never tested for the disease, return to work — confident that they are now immune.”

So wait, it’s a great test. Right? A positive test result indicates immunity, and people can return to work. What??

Science News, March 27: “The United Kingdom has ordered 3.5 million antibody tests, which would show whether someone has been exposed to COVID-19. Such tests, which just take a drop of blood, could help reveal people who have been exposed to the virus and are now likely immune, meaning they could go back to work and resume their normal lives.”

“Science News spoke with David Weiner, director of the Vaccine and Immunotherapy Center at the Wistar Institute in Philadelphia, and Charles Cairns, dean of the Drexel University College of Medicine, about how antibody tests work and what are some of the challenges of developing the tests.”

“Cairns: ‘The big question is: Does a positive response for the antibodies mean that person is actively infected, or that they have been infected in the past? The tests need to be accurate, and avoid both false positives and false negatives. That’s the challenge’.”

Oops again. Cairns is saying the new test, if it reads positive, might mean the person is infected now. Or it might mean they were infected—and are now presumably immune. Figuring out which is the challenge. No kidding. It’s the difference between sick and healthy. So a positive test result means the patient is sick OR healthy.

As a reference, let’s look at how this same antibody test has been used in the past. For example, in the case of hepatitis A:

URMC Rochester (undated): This test looks for antibodies in your blood called IgM. The test can find out whether you are infected with the hepatitis A virus (HAV)…If your test is positive or reactive, it may mean: You have an active HAV infection…You have had an HAV infection within the last 6 months.”

In other words, a positive antibody test could mean you’re sick now, or were once sick but are presumably immune now. Wonderful.

Medscape comments on the meaning of a positive antibody test for the Zika virus: “…immunoglobulin (Ig) M and neutralizing antibody testing can identify additional recent Zika virus infections…However, Zika virus antibody test results can be difficult to interpret because of cross-reactivity with other flaviviruses…”

Two things here: no word about a positive test result revealing IMMUNITY from Zika; and a warning that a positive test might not have anything to do with Zika at all—that’s what “cross-reactivity” means.

Medlineplus, referring to a Zika “blood test,” which would include antibody testing, states, “A positive Zika test result probably means you have a Zika infection.” Not immunity.

Generally speaking, before 1984 a positive antibody test was taken to mean the patient had achieved immunity from a germ. After 1984, the science was turned upside down; a positive result meant the patient “had the germ” and was not immune. Now, with COVID-19, if you just read news headlines, a positive test means the patient is immune; but if you read down a few paragraphs, a positive test means the patient is maybe…maybe not…immune. Maybe infected, maybe not infected. Maybe sick, maybe not sick. And, on top of all that, antibody tests are known to read falsely positive, owing to factors that have nothing to do with the virus being tested for.

That concludes today’s foray into the world of lunatic contradictory propaganda masquerading as science.

You are now returned to the real world, where: the discovery of a new virus (COVID) is unproven; the notoriously useless PCR diagnostic test for the virus renders case numbers meaningless; and the proposition that COVID is a real disease with one cause is a con job.