WATCH: The David Icke Covid-19 Interview that was Immediately Removed by YouTube 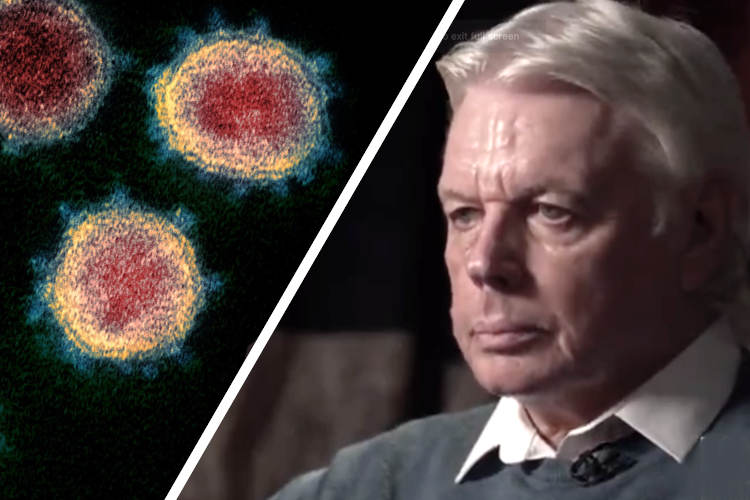 Whatever your beliefs are about what is really happening in this global pandemic, you should always have the right to express those views in whatever fashion you like. Sadly, however, as the situation unfolds we are already seeing a dramatic push by governments around the world as well as super-national organizations declare war on essential civil liberties.

Here at Waking Times we are experiencing a whole new level of censorship by ‘fact-checkers’ working in partnership with Facebook, which has drastically reduced our audience’s ability to access our information. Furthermore, we are seeing new reports every week about how big tech and governments are moving to ban online conversations about specific topics in order to “stop the spread of misinformation.’ Vaccine safety information is being heavily censored, and now the UK government is declaring its intent to censor information about 5G safety.

After his recent appearance on London Real with Brian Rose went super viral, David Icke was invited back on the show to talk in more detail about his views on Covid-19 and how the situation is unfolding exactly as ‘conspiracy theorists’ have been warning the world about for a couple of decades now.

In a frightening declaration of all out information censorship, YouTube almost immediately pulled this new interview with David from the web, even though millions of people were clearly interested in seeing it.

The BBC ran a front page story about this, saying the the Icke interview was removed because of David’s ‘false’ comments about 5G and coronavirus. They explain:

The Google-owned service will now delete videos violating the policy. It had previously limited itself to reducing the frequency it recommended them in its Up Next section.

The move follows a live-streamed interview with conspiracy theorist David Icke on Monday, in which he had linked the technology to the pandemic.

During the interview, Mr Icke falsely claimed there “is a link between 5G and this health crisis”.

And when asked for his reaction to reports of 5G masts being set on fire in England and Northern Ireland, he responded: “If 5G continues and reaches where they want to take it, human life as we know it is over… so people have to make a decision.”

Several users subsequently called for further attacks on 5G towers in the comments that appeared alongside the feed.

Mr Icke also falsely claimed that a coronavirus vaccine, when one is developed, will include “nanotechnology microchips” that would allow humans to be controlled. He added that Bill Gates – who is helping fund Covid-19 vaccine research – should be jailed. His views went unchallenged for much of the two-and-a-half-hour show. [Source]

In the following short clips, Brian Rose talks about how these events went down yesterday, and of their significance to free speech.

Here is the censored interview from April 6th, 2020, which is now hosted on BitChute after being removed from YouTube. When watching this, ask yourself what it is you see in here that should be banned from public consciousness, and then please share far and wide.

Finally, David Icke commented today on this situation, in the following message:

This article (WATCH: The David Icke Covid-19 Interview that was Immediately Removed by YouTube) was originally created and published by Waking Times and is published here under a Creative Commons license with attribution to Dylan Charles and WakingTimes.com. It may be re-posted freely with proper attribution, author bio, and this copyright statement.