With India on Lockdown, Endangered Sea Turtles on Course to Lay SIXTY MILLION Eggs This Year 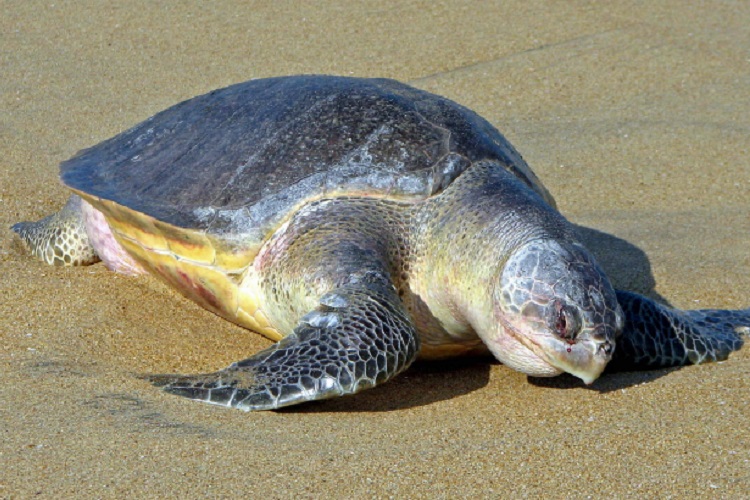 While the coronavirus may have sparked one of the biggest crises seen by the planet in modern times, the global pandemic has had some positive effects on the environment.

In India, along the coast of the eastern state Odisha, over 475,000 endangered Olive Ridley sea turtles have come ashore to a roughly 3.75-mile (6-km.) Rushikulya beach to dig their nests and lay eggs.

However, restrictions in place due to the CoViD-19 threat has allowed for hundreds of thousands of endangered turtles to be protected from any human presence—especially the presence of tourists—resulting in what may be their most successful mass nesting in years.

According to the forest service, well over 250,000 mother turtles have taken part in the daytime nesting activity within the past week alone, reports Down to Earth.

Typically, the event would attract hordes of tourists eager to see the miraculous event, straining members of the Forest Department who struggled to keep the crowds at bay. Crows and jackals would also attack the turtles, while local poachers would come afterward to rob turtle eggs and sell them at local village markets.

However, the coronavirus lockdown has prevented any such disturbance of this year’s mass nesting, reports the Hindu, allowing the 25 forest guards and researchers to focus on guarding the turtles.

With another successful mass nesting having taken place at Gahirmatha Beach, which also lies along the Bay of Bengal in Odisha, authorities estimate that roughly 60,000,000 eggs will be laid this year in total.

While thousands of the eggs were destroyed by the mass of mother turtles laying eggs atop nests, such is the norm in the mass nestings where each mother lays an average of 80 to 100 eggs each. The eggs should take 45 days to hatch, after which the little hatchlings emerge to make their way out to sea.

ARRIBADA ~Spanish Word – means 'Arrival' 🐢
Refers to mass-nesting event when 1000s of Turtles come ashore at the same time to lay eggs on the same beach.
Interestingly, females return to the very same beach from where they first hatched, to lay their eggs.
🏖️ Olive Ridley Turtle pic.twitter.com/dvzslqA8zW

It’s a stunning reversal of fortune for the Olive Ridleys who had skipped the beach last year, baffling researchers.

The Forest Department claimed that this year saw the highest number of turtles taking part in the event. They explained:

“Every alternate year is either a bad year or a good year. However, in the last two years we have seen a phenomenal increase in nesting numbers. This year we have estimated that at least 4.75 lakh [475,000] turtles came on to nest on Rushikulya beach.”