The Black Panther Party For Self Defense: The Original Police The Police 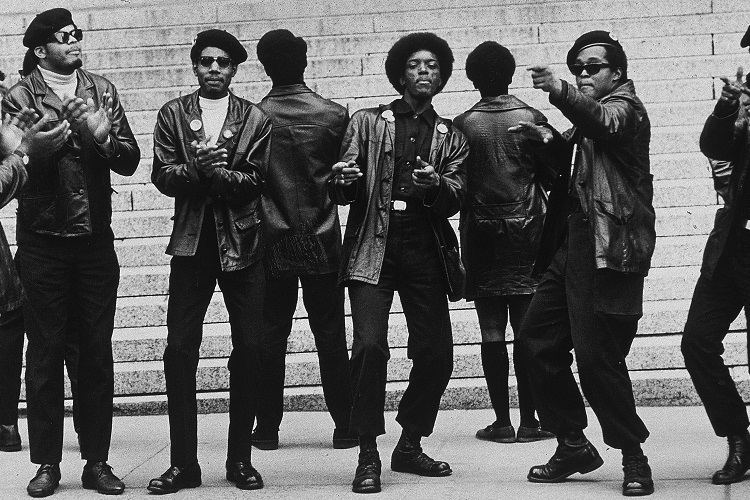 Thirty years before the beating of Rodney King and the LA Riots. Fifty years before the killing of Michael Brown and the Ferguson riots. Two college students collaborated to create an organization to protect the black community from racist police officers. Together Huey Newton and Bobby Seale founded the Black Panther Party for Self Defense.

Huey Newton met Bobby Seale while they were enrolled at Merritt College in Oakland California. Prior to meeting Seale, Newton was already politically active [in the bay area] as a member of the Afro-American Association (AAA). Both young men were also heavily inspired by the teachings of civil rights leader Malcolm X.

In the wake of the Watts riots—which engulfed Los Angeles a year earlier—and the assassination of Malcolm X, Seale and Newton co-founded the Black Panther Party in October of 1966. Their goal was for the party to serve as an organization responsible for addressing mistreatment of the black community by law enforcement.

Unlike many non-violent civil rights leaders of the time, Newton and Seale drew from their knowledge of Malcolm X’s teachings and vowed to take a stand against racist police officers “by any means necessary.” Although their approach to addressing racism was often considered “radical,”  the Panthers created a movement that continues to inspire activists to this day.

In 1966, California law allowed citizens to open carry firearms. The Black Panthers exercised this freedom by organizing armed patrols to follow police and ensure they performed their duties professionally. The following year, thirty panthers staged an armed protest in front of the California state house declaring, “The time has come for black people to arm themselves.”

The protest frightened former California Governor Ronald Reagan who, in response, worked with the NRA to support the 1967 Mulford Act. The act lead to California having arguably the strongest gun laws in the nation. As Adam Winkler, the author of Gunfight: The Battle Over the Right to Bear Arms , later noted:

“The law was part of a wave of laws that were passed in the late 1960s regulating guns, especially to target African-Americans.”

As part of their stated mission, the Panthers also helped members of their community obtain bail money when they were arrested, and assisted them in obtaining legal counsel to defend them against the charges they faced.

In addition to policing the police, the Panthers’ Ten-point platform also sought better educational opportunities for the black community, the exemption of African Americans from the draft,  and equal justice under the court system. In their communities the panthers organized free breakfast programs for children, offered free medical care, and gave lessons in self defense.

Although the Panthers were regularly vilified by news media—and feared by the establishment—their social programs provided a much needed service in their community and helped contribute to the creation of federal programs which still exist today.

At a time when the civil rights movement was reaching its’ peak, the Panthers’ ideals were noticeably empowering the black community. The Party quickly grew in popularity and, by 1968, boasted a membership of at least 10,000 people [in dozens of cities] across the U.S.

In March 1971, anti-war activist group Citizens’ Commission to Investigate the FBI broke into an FBI office in Pennsylvania. The group discovered a cache of documents detailing how the FBI made the targeting of civil rights groups—and leaders—a central directive in their investigative operations.

Because the Panthers openly challenged law enforcement, and many of their ideals were rooted in Marxist theory, the party quickly drew the attention of FBI director J. Edgar Hoover. In response, Hoover labeled the Panthers the ‘greatest threat to the internal security of the United States’. Under Hoover’s leadership the FBI targeted the Panthers’ with a counter intelligence operation known as COINTELPRO.

While the operation was initially created to target the Communist party, Hoover quickly expanded COINTELPRO to include civil rights activists, and anyone he labeled “subversive.” In 1969 the L.A.P.D. launched a SWAT style raid on the Panthers’ office, marking the beginning of a large scale intimidation campaign against the organization.

Following the raid on their office many members of the party were summarily investigated, incarcerated, or assassinated. Due to the FBI’s infiltration and intimidation tactics, the Black Panther party’s remaining leadership became divided, and membership dwindled over the next decade. By 1980, the once 10,000 strong organization reportedly had a membership of just 27 people.

A New Generation of Activists:

Although the Panthers no longer enjoy the popularity they achieved during the height of the civil rights movement, their example has paved the way for a new generation of cop-watchers and police accountability activists. Armed with knowledge, smartphones, cameras, and sometimes firearms. A new generation of activists are taking to the streets to hold police accountable and continuing the legacy created by Bobby Seale & Huey Newton over fifty years ago.

The Black Panthers: The Original Police the Police

Before Black Lives Matter. Before NWA. The Black Panthers took to the streets to hold police accountable and paved the way for future generations! ✊🏿✊🏽✊✊🏻Learn More: https://bit.ly/33RhaXgJoin Us & Help: Police the Police 3.0#PoliceThePolice | #PowerToThePeople

ALL POWER TO THE PEOPLE!