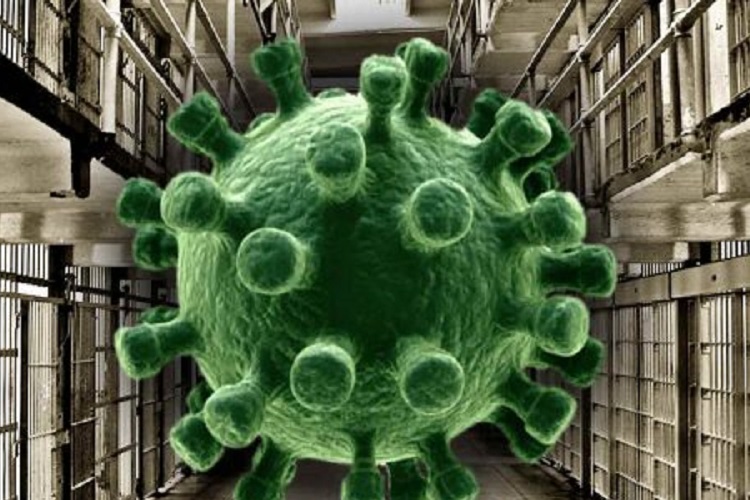 The ostensible land of the free has more prisoners per population than any country in the world. In fact, about 1 in every 110 U.S. adults is currently incarcerated and 1 in every 38 U.S. adults is under some form of correctional supervision. The prison industry is booming. And thanks to the coronavirus, that could soon change.

Currently, in the land of the free, there are more than 2 million people in cages. When you are locked up with thousands of people, social distancing is impossible. What’s more, practicing safe hygiene is difficult as hand sanitizer is banned and inmates are told when they can wash their hands. In other words, the prisoners — as well as the guards — are sitting ducks who could see explosions of COVID-19 infections if the jails were breached by the virus.

Though most prisons in the United States have yet to report an infection, on Wednesday, we found out that two already have. A staffer at a medium security federal prison in Berlin, New Hampshire, and an employee at a Bureau of Prisons administrative facility in Grand Prairie, Texas, tested positive for the illness, said Sue Allison, a federal correctional agency spokeswoman.

It is now only a matter of time before someone who is not exhibiting symptoms brings it in to one of the many prisons across the country. As the multiple cruise ship outbreaks illustrate, once the virus enters a closed space, it explodes and not just on the cruise ship.

The LA Times reported on how this happened in China and and Italy and caused a massive reverberation throughout the two countries.

In China, a decline in new infections was quickly (although briefly) reversed because of rapid outbreaks in two prisons. In Italy, an atmosphere of fear and anxiety among prison inmates over the virus, together with an emergency ban on visitors, sparked deadly riots, escapes and a complete breakdown of authority.

Having watched this horror unfold, Iranians decided to release tens of thousands of prisoners as a precautionary measure. The United States is now following suit.

Across the country, cities who have been paying attention and know the risk have been moving to set prisoners free. In LA county, inmates with 30 days or less on their sentences are being set free. Sheriff Alex Villanueva stated that the department will also limit arrests to only dangerous suspects, decreasing the re-entry level. Also, anyone with a bail of $50,000 or less is being let out.

In New York, Brooklyn District Attorney Eric Gonzalez said low-level offenses that don’t jeopardize public safety will not be prosecuted at all during the coronavirus outbreak. Authorities are also moving to release certain demographics from the prisons as well.

In Cuyahoga County Court in Ohio, a judge ordered the release of more than 200 low-risk, non-violent incarcerated people from the county jail.

“We are trying to make as much room as possible, so when this virus hits our jail, the jail can deal with these people, quarantine them and deal with it instead of letting them sit there and infect the whole entire jail,” Brendan Sheehan, administrative judge of the Cuyahoga County Common Pleas Court, told CNN.

Other jails are now preparing similar actions as the nation braces for COVID-19 impact as the virus in prisons will affect us all. . While this virus is certainly a serious problem, Americans can use this as a learning experience about our prison system.

COVID-19 aside, the release of prisoners across the US illustrates a serious problem in the land of the free — many of the people behind bars don’t belong bars. However, they are there because their incarceration drives a for-profit system worth billions.

Hopefully, as more people are released from amid the coronavirus outbreak, this will show Americans that they are paying to keep morally innocent people in cages who pose no threat to society. Hopefully.