Colombia Is Still the Deadliest Place to Be an Environmental Activist, Report Finds 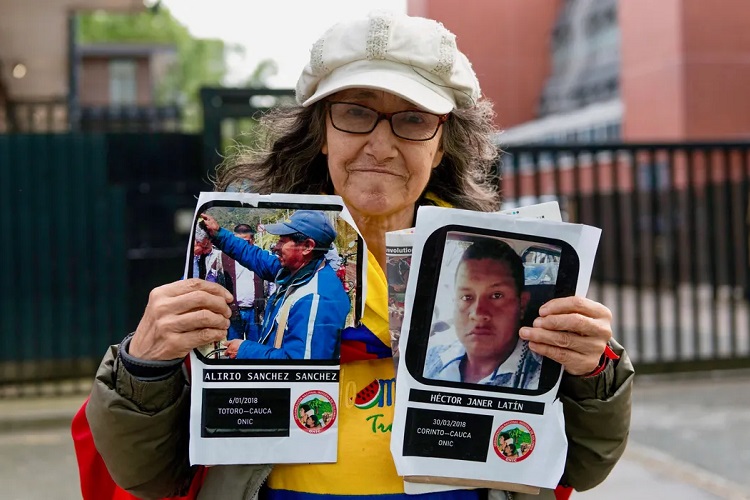 Colombia was the most dangerous nation in 2019 to be an environmental activist and experts suspect that conditions will only get worse.

In October and November, Colombia experienced a large wave of demonstrations following divisive elections and public opposition to large projects that posed threats to the environment. In some instances, these mass protests were met with police brutality and targeted violence against human rights defenders, according to the Global Analysis 2019 report published in January 2020 by Irish human rights organization Front Line Defenders. The report details physical assaults, defamation campaigns, digital security threats, judicial harassment and gendered attacks against global activists at the forefront of social change.

The Philippines, Honduras, Mexico and Brazil all ranked among the deadliest countries after Colombia, according to NBC. Globally, at least 304 human rights defenders in 31 countries were targeted and killed for their work.

Additional findings from the report found that:

Human rights defenders were targeted in almost all countries that saw waves of public uprisings and continues to threaten activists. Just last week, a 45-year-old Costa Rican indigenous defender was killed by an armed mob while trying to reclaim ancestral land, according to The Guardian. NPR reports that Mexican officials are still investigating the suspicious murder of two men connected to a butterfly sanctuary found dead earlier this month in Michoacán. In Indonesia, Mongabay reports that the family of a murdered environmental activist is calling on national authorities to take over the death investigation.

“The role human rights defenders (HRDs) played in these protests ranged from organizing and mobilizing to monitoring and documenting human rights violations, and to assisting those who were injured or arrested. The causes of street protests and social unrest differed, but tended to revolve around outright rejection of deep economic inequality, rampant corruption, and calls for greater civil and political rights,” Frontline Defenders said.

The report comes after the United Nations High Commissioner for Human Rights expressed concern at the “staggering number” of activists killed in Colombia, according to The Guardian. A separate UN report found that 107 human rights defenders were killed in 2019 despite a 2016 peace accord with the Revolutionary Armed Forces of Colombia aimed at improving conditions in poor, rural areas where most of the murders occurred.

In addition to physical attacks, human rights defenders were also subject to restrictive legislation, intimidation, and threats attacking an individual’s safety. Further measures were taken to hinder their ability to work online and in digital spaces, such as internet shutdowns and blocking communications systems like social media and instant messaging.

“Further conflict appears inevitable as governments in the region, regardless of political persuasion, continued to embrace mega-development projects and grant major concessions to transnational companies in order to secure such projects,” reads the report.

Even in the face of life-threatening opposition, the work of human rights defenders was responsible for positive change around the world, concludes the report. Following huge pressure from human rights activists, Jordan’s Parliament withdrew the Cybercrime Bill in February 2019 restricting freedom of speech and the right to privacy. In Morocco, the women of the Sulaliyat tribe were granted the right to inherit and own land and nine protestors in southern Madagascar successfully halted a mine project after the government declared that the benefits of the proposed mine were not clear.