Botswana To Allow Hunters To Kill Elephants For $43,000 Per Head 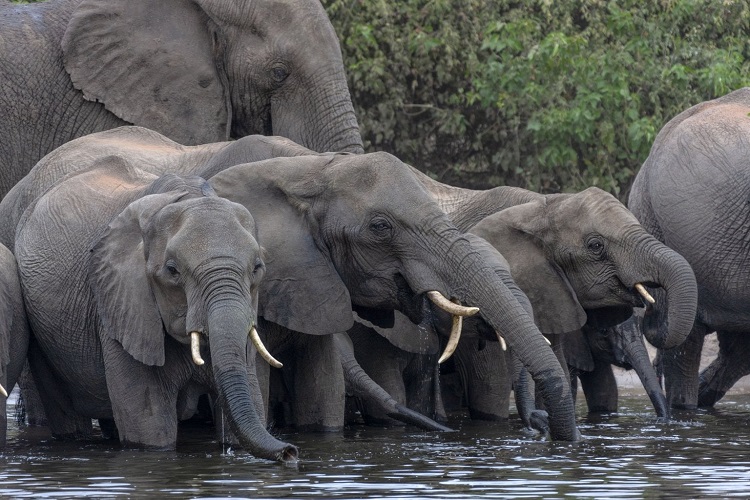 The government of Botswana lifted its ban on hunting wildlife last year, and has recently completed its first major trophy hunting auction, selling the rights to shoot 60 elephants for up to $43,000 per elephant, and the animals’ lives were sold in packages of 10.

The packages were bought by companies that sell tours to trophy hunters at even higher rates. In most cases, the tour packages can cost as much as $326,520 for trophy hunters, according to Bloomberg News.

The government issued a quota that allows for hunters, most of whom are from the US, to kill 202 elephants this year, and export trophies from the hunts.

Botswana has the largest elephant population in the world, with an estimated 130,000 elephants within its borders. The newly elected government says that the ban was revoked because the large elephant population was beginning to have an impact on people’s livelihoods as the animals increasingly came into contact with humans.

“Hunting is not an effective long-term human-elephant mitigation tool or population control method,” she told AFP.

Ross Harvey, an environmental economist in South Africa, told the BBC that “There is no scientific evidence to support the view of there being too many elephants. We know that Botswana’s elephant numbers haven’t actually increased over the last five years, we have a stable population. Elephants are critical to Botswana’s ecology.”

Despite their relatively high numbers in Botswana when compared with the rest of the world, Elephants are generally thought to be an endangered species, especially in places like Asia, where they are officially listed as such. In Africa, elephant populations are listed as vulnerable, but they have been on a rapid decline due to overhunting and loss of habitat.