Denver Nonprofit Buys Hotel, Transforms It Into 139 Mini-Apartments for the Homeless 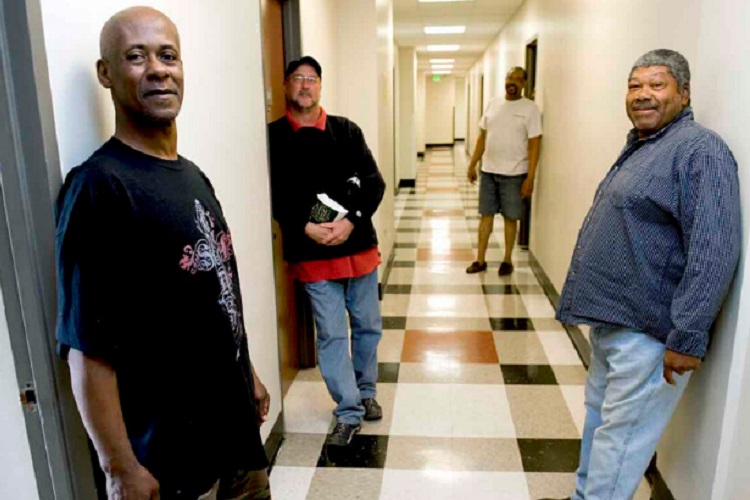 Across the United States, sky-high housing costs, a severe shortage of affordable housing, and stagnating wages have shredded the social fabric of countless communities, driving increases in homelessness and long-term poverty.

In Denver, Colorado, the problem has grown in pace with national trends, with one local study showing that at least 5,755 homeless people reside in the Mile High City.

So when a Quality Inn and Suites located on a major road went up for sale, the president of the Colorado Coalition for the Homeless (CCH) saw the perfect opportunity to turn the former hotel into a place where unhoused residents could rebuild their lives.

John Parvensky, who has headed the local nonprofit organization since 1985, purchased the 139-room hotel for $8.4 million using a combination of private, state, and city funds before renovating the property and renaming it Fusion Studios. The building is the 17th of its kind that he has opened in the 30-plus years he’s been working on the issue.

Fusion Studios, which is now comprised of 139 “microapartments,” will serve as a crucial source of shelter and support for some of the city’s unhoused population who continue to struggle to survive in the face of the city’s urban camping ban that remains in force despite the ban being ruled unconstitutional by a county judge.

“The project was really born out of desperation.

We were scratching our heads trying to figure out how we can shorten the time period so that the people who are on the streets tonight have a place to call their home as quickly as possible.”

Rooms are available for people who come in from shelters across the city or even directly off the streets. Prospective tenants will have access to special vouchers from the state and city that ensure they will only have to pay 30 percent of their income for rent.

Parvensky noted that many tenants typically can only pay about $100 per month, most of which comes from benefits such as disability payments.

Each room will be equipped with a private bathroom and kitchenette, as well as such amenities as a bed, dresser, desk and chair, a mini-refrigerator, a television, microwave, and even a food pantry.

I truly hope we can replicate this model and partnerships at other sites in Denver.”