2 Butterfly Defenders Found Dead Within a Week in Mexico 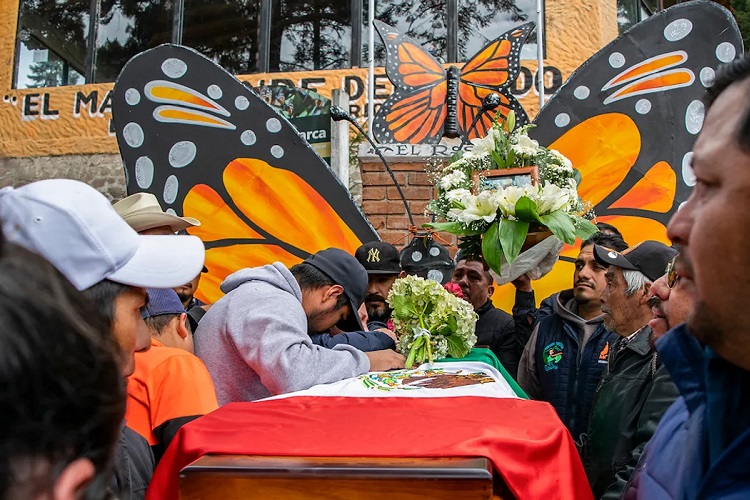 Two men connected to a famous monarch butterfly reserve in Mexico have been found dead within a week of each other, raising concerns for the safety of environmental activists in the country.

“How can you protect the butterflies if Homero Gómez or other people are not protected?” poet and environmental activist Homero Aridjis asked NPR.

Gómez González managed the El Rosario sanctuary, which is part of the Monarch Butterfly Biosphere Reserve, a UNESCO World Heritage site. The site, located in forested mountains around 100 kilometers (approximately 62 miles) northwest of Mexico City, is where more than half of eastern monarch butterfly colonies spend their winters. The butterflies travel all the way to Canada each spring and then back again in the fall. Because four generations of butterflies are born and die during this time, it is unclear how they know to find their way back, but they do.

“Every autumn, millions, perhaps a billion, butterflies from wide areas of North America return to the site and cluster on small areas of the forest reserve, coloring its trees orange and literally bending their branches under their collective weight,” UNESCO described.

But the butterflies’ winter home is threatened by logging and the planting of avocado farms, according to NPR. Between 2005 and 2006, loggers felled 461 hectares in the area, The Washington Post reported.

Gómez González, a former logger himself, campaigned to protect the reserve and argued that tourism from the butterfly migration was worth more to the region than illegal logging. The El Rosario sanctuary he managed opened in November to help prevent logging, BBC News reported, and his family said he received threats before he disappeared Jan. 13.

His funeral on Friday was widely attended.

“I offer my condolences to Mr. Gómez González’s family, his colleagues and all of those who, in Mexico and elsewhere, sometimes at the risk of their lives, work every day to protect this natural heritage which is shared by all of humanity,” Director of the World Heritage Centre Mechtild Rössler said in a statement.

Gómez González was found to have received a blow to the head before drowning in a well, BBC News reported. His death was apparently not a robbery, since he was found with the equivalent of more than $500 in pesos, according to NPR.

Hernández Romero worked showing tourists around the El Rosario sanctuary, according to The Washington Post.

He was last seen Jan. 27 leaving his home, and then found dead Saturday after having been badly beaten with a sharp object.

Authorities are unclear if the deaths are connected to each other or to both men’s work protecting the butterflies. However, The Guardian pointed out that there is a trend of environmental defenders being murdered in Mexico in conflicts with developers or criminal groups. Mexico’s murder rate is also generally on the rise, BBC News reported. In 2019, the country saw its highest murder rate ever with 34,582 reported killed.