Beyond Curcumin: Why Turmeric Is Not the Same as Curcumin 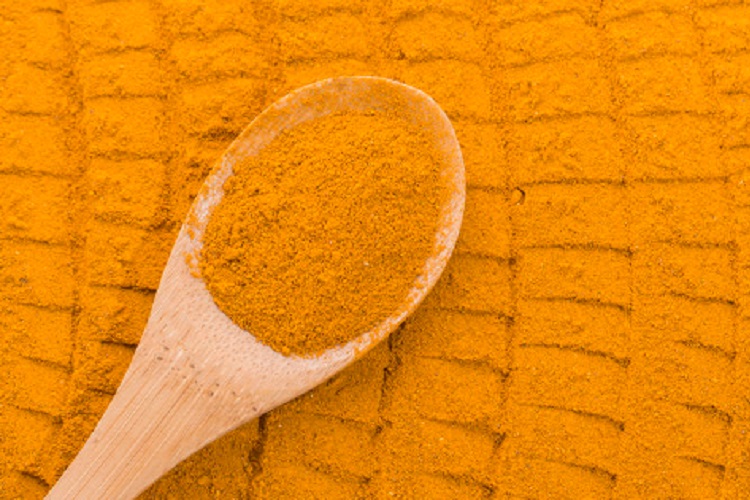 Turmeric is a hot topic here at GreenMedInfo.com. For example, you can read about how Science Confirms Turmeric As Effective As 14 Drugs, 600 Reasons Turmeric May Be the World’s Most Important Herb and even How WHOLE Turmeric Heals the Damaged Brain.

Yet, here’s what most people — even health and nutrition enthusiasts — often don’t realize. Despite the two often being referred to interchangeably, turmeric is actually far different than the popular supplement ingredient curcumin.

Sure, curcumin is derived from turmeric, but when it comes to their uses, benefits and bioavailability, the differences between turmeric and curcumin are quite significant, and in this article you’ll discover exactly why, and why you may want to think beyond curcumin when it comes to using turmeric in your diet.

Turmeric is just a root, and technically the root of Curcuma longa, which is a flowering plant of the ginger family. It contains many bioactive plant substances, but one particular group, the curcuminoids, are often touted as possessing the biggest health-promoting bang-for-your-buck. These curcuminoids include demethoxycurcumin, bisdemethoxycurcumin and — you guessed it — curcumin.

But curcumin is only present at about 2% to 8% concentration in the average turmeric preparation.[i] Curcumin is well-known for its anti-inflammatory, anti-carcinogenic and antioxidant effects, but if curcumin is all that you’re relying on for the benefits of curcumin, you’re technically missing out on 92% to 98% of the other plant bioactive compounds in the whole turmeric root.

Don’t feel bad about being on the curcumin bandwagon. After all, curcumin is the most studied curcuminoid and is also the most abundant curcuminoid found in turmeric.

The Problem With Curcumin

But there’s a problem. Despite its wide array of potential benefits, the actual bioavailability of curcumin in humans and animals is quite low. Curcumin also has a high rate of metabolization and rapid systemic clearance.

So getting enough curcumin into your system to reach blood levels sufficient to exert the benefits shown in research requires consuming around 3 to 5 teaspoons of turmeric powder a day. And that’s a lot of turmeric, along with posing a high risk of having a constantly yellowish-orange stained mouth.

Even then, curcumin is so poorly absorbed that it often needs to be combined with something that can increase its bioavailability. One quite popular example of this is an extract found in black pepper. On many supplement labels, you’ll see listed a patented extract obtained from black pepper fruits called BioPerine, which is commonly used as a curcumin bioavailability enhancer.

Finally, we get to the biggest problem with curcumin: if you’re relying on it as your only source to obtain the benefits of turmeric, then you’re missing out on other components of this impressive root.

I don’t quite understand why we seem to myopically focus on curcumin in the health, nutrition and supplement industry.

After all, the entire turmeric rhizome has been used in Ayurvedic medicine for over 4,000 years, and during most of this time there was no fancy technology such as a patented Bioperine extract or phosphatidylcholine molecules in supplement form to increase bioavailability of the curcumin, nor was there technology to extract appreciable amounts of curcumin from the turmeric.

“The use of turmeric dates back nearly 4000 years to the Vedic culture in India, where it was used as a culinary spice and had some religious significance. It probably reached China by 700 ad, East Africa by 800 ad, West Africa by 1200 ad, and Jamaica in the eighteenth century. In 1280, Marco Polo described this spice, marveling at a vegetable that exhibited qualities so similar to that of saffron.

According to Sanskrit medical treatises and Ayurvedic and Unani systems, turmeric has a long history of medicinal use in South Asia. Susruta’s Ayurvedic Compendium, dating back to 250 bc, recommends an ointment containing turmeric to relieve the effects of poisoned food.”

You can read more about turmeric’s journey from traditional to modern medicine in “Herbal Medicine: Biomolecular and Clinical Aspects”.[ii]

If these ancient healers have been harnessing the power of turmeric via fresh juice, teas, tinctures and powders, as well as using it topically in the form of creams, lotions, pastes and ointments, then why has most of the research up until very recently been centered around the curcuminoids — which, as mentioned, are a fraction of 2% to 8% of the plant?

These traditional healing and food practices related to the use of turmeric indicate that it’s not just the curcuminoid component of turmeric that is likely to possess physiological benefits. Enter turmerosaccharides.

The analysis of post-treatment scores following the administration of turmerosaccharides at each clinical visit showed a significant decrease in joint issues compared to the placebo. The turmerosaccharides-treated group also showed a significant decrease in the use of their standard medication, along with clinical and subjective improvement compared to placebo.

Another study investigated turmerosaccharides’ effect on human knee cartilage and found that it protects cartilage homeostasis,[iv] which means that it balances out the natural rate of synthesis and degradation, keeping joints happily balanced. Interleukin 1 beta (a natural protein involved with inflammation) and hydrogen peroxide (which is generally toxic to cells) are both bad news bears for chondrocytes, which are your cartilage-producing cells.

This study looked at the effects of turmerosaccharides by exposing these chondrocytes to these toxins with and without turmerosaccharides, then measuring markers indicating cell degradation, aging and death, as well as cartilage creation, degradation and general inflammation.

The presence of turmerosaccharides decreased cartilage cell destruction and general inflammation in the knee cartilage cells, and also protected compounds that improve cartilage creation, such as glycosaminoglycans and type II collagen.

In other studies, turmerosaccharides were shown to significantly reduce acute and chronic inflammation and support a balanced inflammatory response[v] as well as increase gene expression of type II collagen.[vi]

Where Can You Find Turmerosaccharides?

So by now, you’re probably wondering where you can actually get turmerosaccharides. One easy option would be to find high-quality turmeric root grown in clean soil, and then boil it in water, preferably via a decoction method, which involves a long simmering process in hot water, and can work quite well for a variety of hard, woody herbs and spices, such as roots, bark and stems.

Another option is to look for nutritional supplements that contain Turmacin® — which is a water-soluble extract of turmeric that contains high amounts of turmerosaccharides. And there’s absolutely no reason that you can’t co-consume turmerosaccharides along with curcumin to get even more benefits out of the wonderful turmeric root.

For more on turmeric, curcumin and other ancestral and modern scientific ways to enhance recovery and decrease inflammation, you can read Chapter 14 of my new book “Boundless”, which tackles more on healing the body more quickly from injuries, inflammation and hard workouts.

Ben Greenfield is a human performance consultant, speaker and New York Times bestselling author of 13 books, including the wildly popular titles “Beyond Training” and “Boundless“.