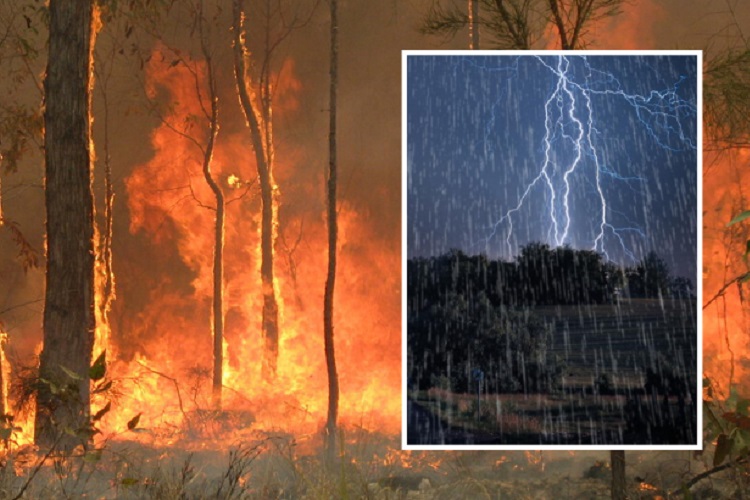 Relief is finally on the way to Australia in the form of heavy rainfall expected this week.

Australia’s Bureau of Meteorology (BOM) is forecasting “widespread rainfall,” according to ABC. The rain is expected to start sometime on Wednesday and last through the weekend with rainfall totals reaching 30-80 mm (1.8-3.15 inches) in the east.

Sarah Scully, BOM’s extreme weather forecaster, said that the monsoon trough in the tropical north is bringing humidity and moisture to the island nation. While the news is welcome, the rain is not expected to be enough to end the bushfire threat.

“As well as that, over eastern Australia we’ve had a high-pressure system that’s been sitting in the Tasman Sea.

That’s been directing a moist onshore flow over the eastern part of Australia over the last few days.”

Those unfamiliar with Australia may be likewise unfamiliar with the country’s size and usual weather patterns. While bushfires are ravaging certain areas of the island, other areas have been greeted with record-breaking rainfall after a dry 2019.

On Friday, the island of Dum In Mirrie broke records with 562 mm (22 inches) in just 24 hours and Wagait Beach received 515 mm (20.2 inches) of rain in 24-hour period as well. Residents of Wagait Beach and other areas said the deluge was “like nothing they’d seen in years.”

According to Scully, the rain from the north is expected to collide with a low-pressure trough that will develop over parts of fire-ravaged New South Wales (NWS) and will extend down to Victoria as it develops. Thankfully, the trough is currently expected to move slowly, providing ample opportunity for showers and storms to drench the area.

“So with the instability that’s created by this trough, plus the increased humidity, all those ingredients go together to create a really unstable environment with increased showers and thunderstorms,” Scully said.

While the storms won’t be enough to completely extinguish the current bushfires, some of them may be contained following the rainfall and new fires may be prevented.

“The best-case scenario, with the ongoing showers and storms from Wednesday onwards, is that they can really impact and help to extinguish some of the fires,” Scully said.

“At least with this heavy rainfall the ground will be more moist and it’ll be harder to ignite.”

Even the Rural Fire Service is getting excited.

If this @BOM_NSW rainfall forecast comes to fruition then this will be all of our Christmas, birthday, engagement, anniversary, wedding and graduation presents rolled into one. Fingers crossed. #NSWRFS #nswfires pic.twitter.com/R9VfD0bqu2

The excitement sure is warranted. According to the forecast, it is clear that there will be increase in shows and thunderstorms. However, Scully says that due to the nature of such storms it is “difficult to say is the exact location where the heaviest totals are going to be accumulated.”

Due to the increased moisture expected, any lightening associated with the storms is not expected to light new fires. There are, however, other risks to keep in mind.

The saturated ground can be an additional hazard for those fighting fires and rescuing animals. In addition to surfaces simply being more slippery than normal, saturated grounds can become unstable and especially hazardous when dealing with large equipment used for firefighting. And strong winds that often come with thunderstorms may further damage trees and structures damaged by the bushfires.

“There’s a risk of flash flooding and landslips with any heavy bursts of rainfall, particularly over the dry and burnt out areas of NSW and eastern Victoria,” Scully said.

Flash floods wreaked havoc across California’s fire-ravaged areas during the deadly, record-breaking wildfire season of 2018. The floodwaters were blackened by ash and carried debris from the fires.

Unfortunately South Australia and southern Western Australia will missing out on the forecasted precipitation but all hope is not lost Tropical Cyclone Claudia is currently spinning off the the coast of West Australia and may bring additional rain to the country.

“It’s still a number of days away, but it does look like some of the moisture from Tropical Cyclone Claudia may be picked up by the passage of a frontal system,” Scully said. 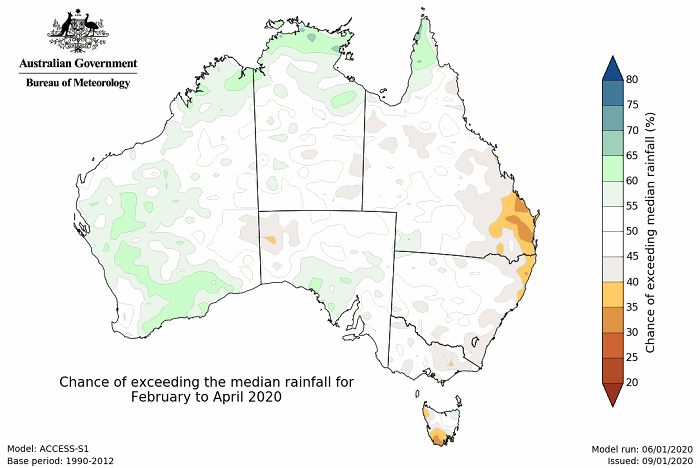