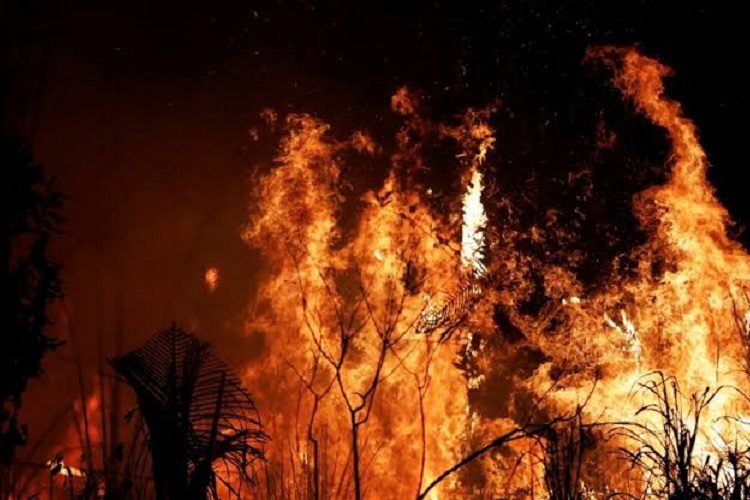 The graphic above, created by Statista, with information provided by the BBC, the New York Times, as well as local fire and rescue organizations, gives a visual illustration of just how big the fires in Australia are. The graphic also notes that 6.7 million acres of land were burned in Siberia

The wildfires that are current ripping across Australia have gotten only passing mentions in the global media, but they are actually far more serious than many similar acts of nature that have happened in recent years. Very few people around the world are aware of the magnitude of these fires, even when compared to the recent, and ongoing fire crisis in the Amazon.

The graphic below, created by Statista, with information provided by the BBC, the New York Times, as well as local fire and rescue organizations, gives a visual illustration of just how big the fires in Australia are. The graphic also notes that 6.7 million acres of land were burned in Siberia.

The fires have become so large that the resulting smoke has disrupted weather patterns across the continent, and has even caused the glaciers of neighboring New Zealand to turn brown.

Near Franz Josef glacier. The “caramelised” snow is caused by dust from the bushfires. It was white yesterday pic.twitter.com/Ryqq685Ind

How one country's tragedy has spillover effects: Australian bushfires have created haze in New Zealand with particular impact on the south of the South Island yesterday & now spreading more widely. Impact of ash on glaciers is likely to accelerate melting: https://t.co/U3JRYkqL0F https://t.co/50ExGMdXR6

As Truth Theory reported in early January, nearly a half-billion animals are estimated to have been killed in the fires since they began in September.

Heavy rains last week gave emergency crews a bit of help in some areas, but over 100 fires are still burning across the country. So far, up to 17 people have died in the fires and an incalculable amount of property damage has occurred.

As Truth Theory reported last month, the fires in New South Wales could be responsible for wiping out all of the koalas in the region, who were already experiencing dangerously low population levels.

According to a report published last year by WWF Australia and the Nature Conservation Council (NCC), koalas were already on their way to becoming extinct in New South Wales due to deforestation, and this was before the fires even began.