Inner Peace and the Awareness of the Present Moment

Simply by perceiving the moment we can feel the beauty that emanates from consciousness, as inner peace is a quality of consciousness. If we perceive the whole we can be aware not only of the world we are in at that moment, but also our thoughts, feelings and emotions, and by observing these we can discover much about ourselves.

While we are not aware we lose out on both inner learning and the feelings of peace that consciousness could bring.

A deeply spiritual inner peace is not in its root a quality of an emotion, nor of a thought, nor is it an idea or a belief, or the absence of conflict. It is a quality of consciousness found within a perception that is clear of the ego.

Consciousness experiences the form of dimensional existence most lucidly through the mechanism of a clear mind, and it’s most felt when we are aware in the present moment.

Awareness functions as a whole, while the mind divides, but we can train ourselves to be aware holistically, which is inwardly and outwardly at the same time, which takes some training to remember to do.

Thinking about being aware is thinking; it is not awareness. Thoughts and ideas may at times be accepted, rejected, or added to existing concepts of the mind, but they are not awareness.

Awareness is experienced and has an innate beauty, and so it’s good to take some time to practice being aware, just as if you were to practice or train for sport, it’s especially nice to go for a walk and be aware when you’re walking, particularly in nature. It’s very effective if it’s tried at numerous times in the day for any practical length of time.

If you’re practicing awareness and you find yourself slipping into a daydream, come back to the perception of the moment, simultaneously both inwardly and outwardly and, if you keep going, you can reach moments of peace, when you feel quiet and just ‘here’.

Maintaining Awareness Though the Day

It is difficult to maintain awareness through all the different things that we go through in a day, but what’s most useful is to develop and maintain the sense of awareness of your inner states, which is self-observation. If you keep trying you’ll remember to do it more often, and if you keep observing and clearing yourself of subconscious ego states, you’ll find your mind becomes clearer and you can perceive everything in a more lucid way. And importantly too, you’ll get self-knowledge out of your day.

The mind and body are a mechanism that allows us to interact with the world, within the mind is the subconscious (inner darkness) with lots of different states. With perception (inner light) or awareness we can see the inner responses to life and that gives us self-knowledge. 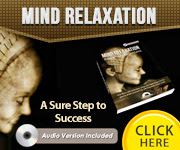 Consciousness exists not simply to perceive but to acquire knowledge of its own existence as an individual part of the source consciousness. If consciousness stays as it is, it will be impossible to do much more than occasionally be aware and feel peace on certain occasions when we make the effort to be aware.

But the capacity and amount of consciousness can increase and it can be merged with higher consciousness, such as the Being and the Cosmic Son, on its way to return to the source as a self-realized consciousness.

This happens through the process of enlightenment and it transforms perception and the qualities and attributes of consciousness, and so you won’t always find it so difficult to perceive and feel in a spiritual way.

The Simplicity of Awareness

Being aware is simple, and quite easy to do, it’s easy to complicate it, but it’s very simple in practice. The more consciousness is developed and gets closer to the source, the greater the spiritual feelings it brings.

Those higher qualities then permeate the psyche even when we think or have an emotion or sensation, that may be difficult to imagine, but it’s something new that doesn’t exist until consciousness is developed.

Eventually the blissful feelings of higher consciousness become permanent and it helps us to perceive and overcome the darkness of the subconscious within.

You Are Not a Master – Yet