1,400 Pounds of Shark Fins Worth Nearly $1 Million Seized in Miami 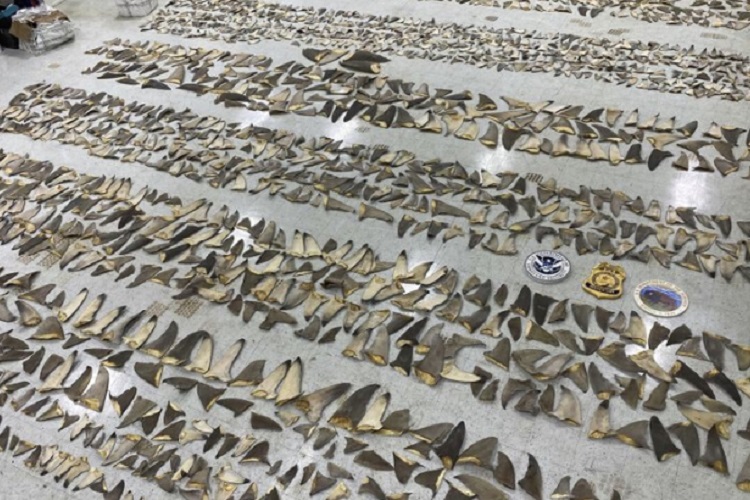 Officials announced on Monday that 1,400 pounds of shark fins—valued between $700,000 and $1 million—were seized by wildlife inspectors at a Miami port.

“It is very big money stuff. It is very harmful to the ecology,” said Bouncer Smith, a charter captain. “This is one of the most heinous crimes in nature that we have seen,” Smith said.

Officials think the shipment of 18 boxes of dried fins originated in South American and was most likely headed for Asia.

In an effort to shatter the state’s increase in notoriety as “the epicenter of the shark trade in the United States,” Florida’s Senate Environment and Natural Resources Committee endorsed the measure, according to the Orlando Sentinel.

Up to $1 million of illegal shark fins were seized Jan. 24 at a Miami port

That's close to 1,400 pounds of fins harvested in violation of the Lacey Act, including endangered species (Images sent to me by @USFWS) pic.twitter.com/43K0kjG7PS

Disturbing is not a strong enough word when you think about the mass of sharks that were wiped out for these fins.https://t.co/xqxiMuNS2T

As part of the controversial shark trade, tens of millions of the animals are killed each year after smugglers cut off their fins. The finless creatures are tossed back into the ocean where they bleed to death or drown.

“A state that is now the hub of the fin trade needs to take a stand on the issue. If you don’t stop the trade of the shark fins, it’s hard to stop the decimation of the shark population.”

However, Jerry Sanson from the Organized Fisherman of Florida opposes the ban. He said, “This bill would basically eliminate a legitimate federally regulated, sustainable fishery just to show that we’re willing to send a message to the rest of the world.”