1,000 Michigan Children to Receive $80m for Being Sexually Abused in State Institutions 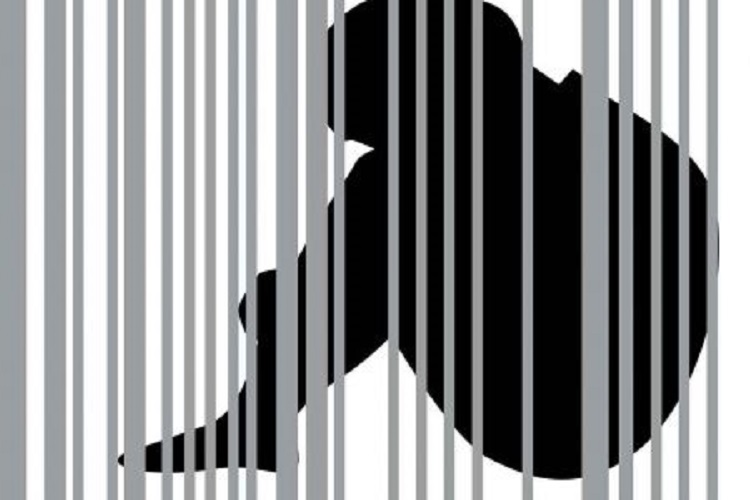 A massive lawsuit representing over 1,000 children who were held and sexually abused in the Michigan corrections system was recently settled as state officials agreed to pay $80 million to the victims. The lawsuit began in 2013 and has been an uphill battle for the plaintiffs as the state fought them every step of the way.

The massive payout comes after hundreds of children came forward with claims that they were sexually assaulted and harassed by corrections officers as well as incarcerated adults while in the state’s care in detention centers across the state.

Despite the size of the settlement, he Michigan Department of Corrections (MDOC) director and a spokesperson for the current attorney general cited the costs of litigation as their reason for settling — not guilt.

“We’ve got to look at the length of time that we’ve been dealing with this and the amount of resources that frankly will be spent continuing to draw this out,” Heidi Washington, the MDOC director, said during the call. Through a statement read by her spokesperson, Attorney General Dana Nessel said that although her office had “vigorously defended against this lawsuit and has exhausted every single legal argument over the years, in the end, it was clear that continuing to engage in protracted litigation was not in the best interest of the people of this state.”

In response to the state’s inability to believe the hundreds of alleged victims, the attorney who filed the lawsuit, Deborah LaBelle said the “state took dozens of depositions of youth who under oath told consistent and compelling reports of sexual assaults in addition to many many more, who asked for help they never received and most of whose reports of rape were never even investigated. The only way to assert the [defendants] could not corroborate is to take the unsupported position that scores of young people were lying about the sexual assaults that happened to them in Michigan’s prisons when they were placed, without supervision, in cells and units with adults when they were 15, 16, and 17 years old. To simply deny the credible and consistent reports of these young sexual abuse survivors is to retraumatize them.”

Though she stopped short of admitting guilt, Nessel did concede that the state has made significant changes since 2013 during former Attorney General Bill Schuette’s term, in order to combat the child sex abuse.

“I believe prisoners are entitled to be treated with respect and basic human dignity,” Nessel said, referring to Heidi Washington, who became prisons director after the lawsuit was filed. “I know MDOC has made significant strides under the leadership of Director Washington and that the past seven years of litigation do not reflect the values of her administration or the current reality of life inside Michigan’s prison system.”

“I would agree that during that the trajectory of this case the department has responded to the allegations and improved conditions,” said LaBelle.

According to the Associated Press, LaBelle has formed a committee to determine how the money will be paid out to the victims which is a pool of around 1,000 current and former incarcerated children. She explained that the children who received the worst abuse, like rape, will receive more of the settlement.

“We have heard from hundreds, so we know it was widespread and there was a great deal of harm,” LaBelle said. “Youth who were subjected to penetrative assaults qualify for the most. Those who were subjected to sexual harassment, touching, will receive less because the severity of the injuries was different.”

Also, teens who were kept in solitary confinement — which has recently been classified as torture that can make children more dangerous — are eligible to receive part of the settlement as well.

Although the department was required to incarcerate children convicted of certain crimes under Michigan law, “what they didn’t have to do” is subject children to sexual assaults by both staff and incarcerated adults, LaBelle said. “What they didn’t have to do is put children in solitary confinement for months on end. So I think that also the fact that they paid $80 million in damages … means that they have to recognize the kind of harm they did.”

According to The Appeal, in addition to monetary relief, the settlement requires the Department of Corrections to take steps to improve safety for children in adult facilities. According to a packet explaining the settlement to plaintiffs provided to The Appeal by LaBelle, those steps include the creation of a Youthful Offender Policy directive “to improve conditions for any youthful offender in the custody of the MDOC, enhance a culture of humane treatment, eliminate the risk that a youth will be subject to sexual abuse by staff or adult prisoners, and work toward eliminating the use of segregation or isolation of youth.” Other requirements will include a review of the use of force against incarcerated children; reporting and tracking of complaints of sexual abuse, harassment, and retaliation; and elimination of the previous requirement that incarcerated children file a grievance or exhaust administrative remedies before being able to file complaints under the Prison Rape Elimination Act.

Despite the push to reform Michigan’s problem of child rape in prison, LaBelle says little is being done.

“I’ve heard better language from them, but … I’m not sure that we have the kind of commitment yet to address issues of criminal justice and youth justice with this administration,” LaBelle said.