Your Smart Vehicle is Recording Your Every Move 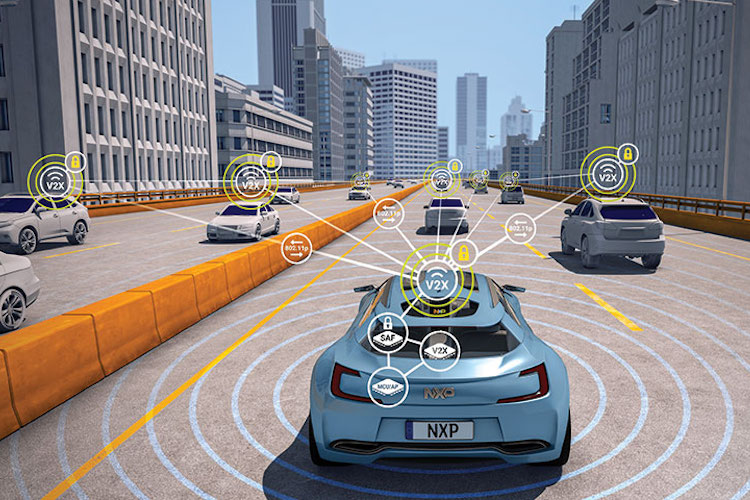 Recent reports indicate that data gathered by automakers and tech companies could be the next front in the battle over digital privacy.

In early January, companies at the CES 2020 displayed their plans for making use of the surprising amounts of data gathered by newer model vehicles. Amazon, Intel, Qualcomm, and Blackberry were among the companies seeking partnerships with automakers who are also searching for methods to monetize the data gathered by their vehicles.

Bloomberg reports that “modern cars roll out of factories packed with cellular connections, powerful processors and growing suite of sensors, including cameras, radar and microphones. That’s turning them into the next information goldmine, rivaling the data-creating capabilities of smartphones.”

Bloomberg also notes that Intel announced a new stage of its Mobileye technology which allows for driver-assistance and Intel to gather data from cameras, chips, and sensors within the vehicle. Intel says this anonymous information is used to create detailed maps to enhance vehicle navigation systems. Intel has estimated that data gathered by vehicles will be worth as much as $3.5 billion by 2030. Bloomberg reports that consulting firm McKinsey & Co. estimates that “up to $750 billion of value would created from car-related data by 2030.”

As the financial incentive for automotive data increases more companies will seek to enter this emerging marketplace. However, there are already serious privacy concerns related to the data being gathered by the vehicles. In December 2019 the Washington Post investigated how much information is gathered by one single computer in a 2017 Chevy Volt. The Post writes:

“In the 2020 model year, most new cars sold in the United States will come with built-in Internet connections, including 100 percent of Fords, GMs and BMWs and all but one model Toyota and Volkswagen. (This independent cellular service is often included free or sold as an add-on.) Cars are becoming smartphones on wheels, sending and receiving data from apps, insurance firms and pretty much wherever their makers want. Some brands even reserve the right to use the data to track you down if you don’t pay your bills.”

To determine just how much data was being collected, the Post worked with automotive technology expert Jim Mason to catch a glimpse of what vehicle manufacturers are capable of seeing. The Post and their expert learned that the vehicle was collecting a wide range of data including vehicle location and phone call records. Mason noted that any time you plug a smart phone into a vehicle the vehicle will likely copy personal data.

“Among the trove of data points were unique identifiers for my and Doug’s phones, and a detailed log of phone calls from the previous week. There was a long list of contacts, right down to people’s address, emails and even photos,” the Post reported. The vehicle also collected information on “acceleration and braking style, beaming back reports to its maker General Motors over an always-on Internet connection,” the Post added. “Coming next: face data, used to personalize the vehicle and track driver attention.”

Chevrolet does not currently have a policy of informing drivers about the data being recorded and the owner’s manual does not mention data collection. A spokesman for Chevrolet owner General Motors declined to offer specific details on data collection. However, the spokesman did note that data gathered by GM falls into three categories: vehicle location, vehicle performance, and driver behavior.

Unsurprisingly, the Post notes that with the coming 5G cellular network that promises to link cars to the internet, wireless connections will get cheaper, data more valuable, and “anything the car knows about you is fair game.”

Data collection by smart vehicles is only one of a myriad of privacy concerns related to the coming 5G Smart Grid where cities, vehicles, phones, streetlights, and clothes are fitted with sensors as part of the Internet of Things. It’s important to become educated about the threats posed by these emerging “smart devices.”

Only by actively fighting for and defending privacy can we hope to maintain any semblance of it.