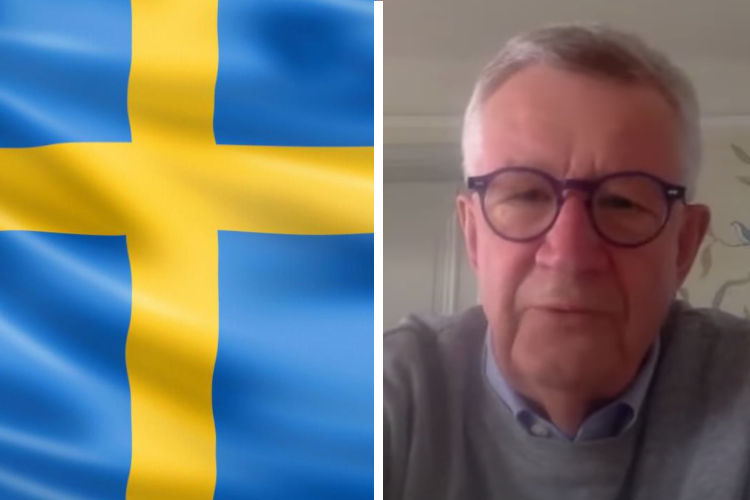 Without imposing any lockdowns or draconian restrictions on citizens, Sweden has attained a greater immunity than any other country and is estimated to achieve herd immunity to Covid-19 within three weeks.

Swedish officials have recommended since the outbreak began that residents of the country limit contact with others whenever possible and wash their hands regularly. Since then, the virus has mostly affected nursing homes for the elderly, the population that Swedish officials most want to protect.

“In major parts of Sweden, around Stockholm, we have reached a plateau (in new cases) and we’re already seeing the effect of herd immunity and in a few weeks’ time we’ll see even more of the effects of that. And in the rest of the country, the situation is stable.” – Dr. Anders Tengell, Chief Epidemiologist at Sweden’s Public Health Agency [SOURCE]

Although some restrictions have been placed on Swedish citizens such as a ban on gatherings of more than 50 people, Swedes have mostly relied on the voluntary efforts of others to wash their hands and practice social distancing.

However, death tolls have been higher in Sweden than other nearby countries, such as Finland, Denmark, and Norway. It is unclear if this is because of their loose restrictions, immigration policies, or simply bad luck. Most deaths have occurred in nursing homes and among the recent influx of African and Middle Eastern migrants who in just a few years have become about 25% of the total population.

Professor Johan Giesecke, the senior epidemiologist and advisor to the director general of the World Health Organization (WHO) and the Swedish government, who originally hired Anders Tengell, argues that worldwide lockdowns are being implemented without any real evidence that they are effective.

“The Swedish government decided early in January that the measures we take against the pandemic should be evidence-based and when you start looking around for the measures that are being taken now by different countries you find that very few of them have a shred of evidence.” – Johan Giesecke [SOURCE]

Pandemic models for the United States originally predicted as many as several hundred thousand deaths by August, but those numbers have been continuously reduced to only 60,145 as their predicted death counts have not happened.

Because of the harm these failed Center for Disease Control (CDC) and WHO models have done to the US economy, the United States coronavirus task force has recently dropped them in favor of real data and as a result are planning to reopen the country in May and June.

“Models for infectious disease spread are very popular… They are good for teaching, [but] seldom tell you the truth… Which model could have assumed that the outbreak would start in northern Italy? … [Models] are based on assumptions, and those assumptions should by highly criticized.” – Johan Giesecke

This article (Weeks Away from Herd Immunity – Epidemiologist Explains Why Sweden Refused a Total Lockdown) as originally created and published by Waking Times and is published here under a Creative Commons license with attribution to Phillip Schneider and WakingTimes.com. It may be re-posted freely with proper attribution, author bio, and this copyright statement.