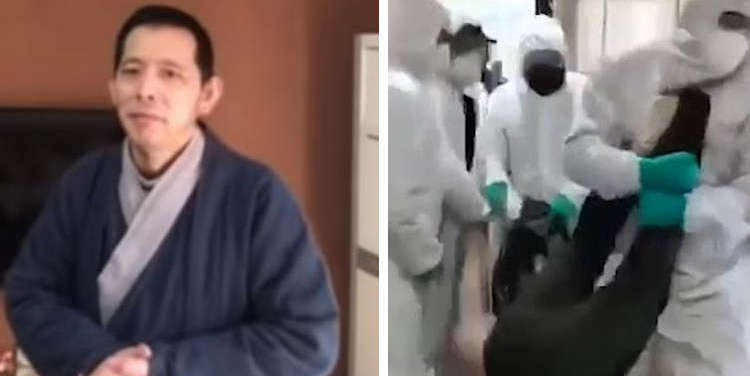 Is China using the Coronavirus situation to mercilessly stamp out a national revolution? Is it merely a coincidence that the streets of Hong Kong are now empty when the Chinese government couldn’t shut down massive months-long protests just weeks ago?

No one outside of China knows the truth about what is happening right now inside the world’s largest communist nation, but videos and citizen journalist reports that have made it beyond the great firewall of China show, if nothing else, how a totalitarian and authoritarian regime maintains brutal control by terrorizing its own people.

Videos showing people being dragged out of their home and forced into vans and hauled away because they were supposedly infected with the coronavirus only tell part of the story. Other reports indicate that a massive crackdown on information, social media, and censorship campaign is also underway. The Chinese Communist Party (CCP) is engaged in a national campaign of terror and censorship. But why?

Among the many citizen journalists supplying reports to world, Fang Bin made international headlines when he went public with one of the first videos inside a Wuhan hospital showing a great number of body bags and dead people, thereby defying the official communist party’s propaganda that the situation is not that serious and that everything is under control.

History has shown again and agin how totalitarian regimes cruelly squash dissent. They lock down cities under threat of official violence or arrest, and then go door-to-door dragging dissidents from their homes and interning them in death camps.

If the Chinese people were emboldened to stand up against such generational repression, the CCP would be facing a major crisis of control, which could have spread throughout the entire country. The coronavirus outbreak appears to be offering the perfect cover for a purge of dissidents and of those who would dare voice information and opinions contrarian to the official party propaganda.

We outside of China won’t know the truth for sometime, but if we pay attention to one of the last self-made videos of Fang Bin, this would appear to be the case. In it he pleads for the people of China to rise up against the communist/Marxist government which has all Chinese people perpetually living in fear and insecurity.

The last video of Bin Fang who exposed the truth of #coronavirus, before he was captured by the Chinese Communist Party.
The western and US,please save Bin from CCP’s persecution
retweet and let more people know. pic.twitter.com/QrLQFRASqk

Fang Bin recently went missing, reportedly arrested by the CCP, while a handful of other truth tellers have recently seen the same fate. Do the people of China deserve to keep on living under the medieval totalitarianism of communism?

This article (WATCH: Missing Coronavirus Journalist’s Call for National Revolution Against Communism) was originally created and published by Waking Times and is published here under a Creative Commons license with attribution to Isaac Davis and WakingTimes.com. It may be re-posted freely with proper attribution, author bio, and this copyright statement.