WATCH: Council Member Wants People Who Refuse to Wear a Mask to be Charged with MURDER 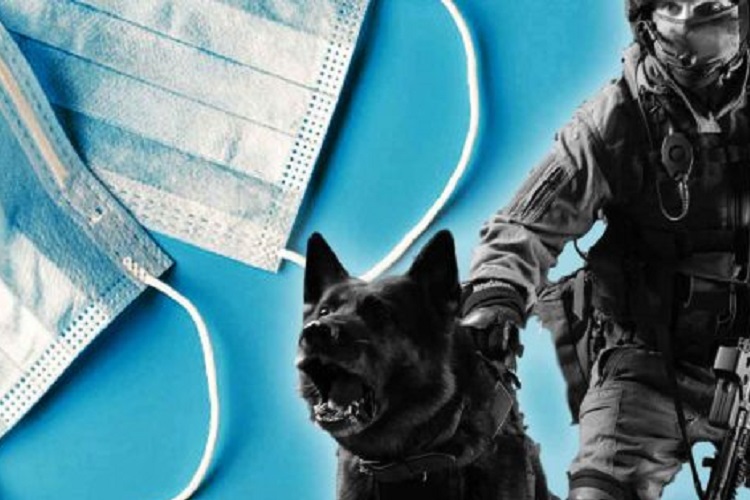 On both sides of the mask debate exist levels of anger, hatred, and ignorance like we here at TFTP have never seen. Since mask wearing has been politicized, we have seen people being killed for asking others to mask up, and being gunned down by police after refusing to mask up. Video after video has surfaced showing mask shamers wishing death on innocent children as anti-maskers attack other innocent people. It is pandemonium and it is seemingly getting worse.

Though we have scientists who contribute to the Free Thought Project, we are not made up of medical specialists, so we do not make recommendations on your personal health choices such as wearing a mask. What we can recommend, however, is logic, reason, compassion, and civility when discussing and contemplating these issues. Unfortunately, all these virtues seem to have been thrown out the window months ago when it comes to dealing with the pandemic.

In the latest complete lack of logic and police state tendencies, Metro Nashville At-Large Council Member Sharon Hurt has suggested charging people with attempted murder or murder for refusing to wear a mask.

Last week, during a virtual meeting of the Joint Public Safety and Health Committee, Hurt made the comments as she pushed for stronger legislation to go after those who refuse to wear a mask.

As the TN Star reports, Hurt said that she works for an organization that, “If they pass the virus, then they are tried for murder or attempted murder.”

We have no idea what she is talking about as we could not find any “organization” that would charge people with murder for “passing a virus.” Nevertheless, Hurt thinks the same standard should apply to the general public.

“This person who may very well pass this virus that’s out in the air because they’re not wearing a mask is basically doing the same thing to someone who contracts it and dies from it,” she said.

“Maybe there needs to be stronger legislation to say that if you do not wear a mask, and you subject exposure of this virus to someone else then there will be some stronger penalty as it is in other viruses that are exposed,” she said.

Hurt’s comments came as she criticized the government’s actions to date, which have so far accompanied a peak and subsequent decline in cases.

“It seems to me that we have been more reactive as opposed to proactive and a little too late, too little,” Hurt said.

After making these utterly insane recommendations, Metro Nashville’s Director of Legislative Affairs Mike Jameson, who also participated in the virtual meeting, reminded her that the council is not some dictatorial entity who can create tyrannical laws out of thin air.

“The Council does not have the opportunity on its own to create criminal legislation,” he said. “In terms of creating a new code or class of criminal offenses, that is a creature of state law.”

“I was afraid that was going to be the answer,” Hurt said in disappointment.

“I guess that’s the whole point of asking for something to be done as early as the Council was pushing,” she added.  “It seems it was not taken as seriously as it should have been and thus we are in the situation we are in right now.”

“There is clear signage on Broadway reminding persons that the mask mandate has the force of law. Persons in violation can receive a Metropolitan Government citation for adjudication in Environmental Court, or a State of Tennessee criminal misdemeanor citation. Under state law, violation of the Health Department’s mask order is a class C misdemeanor,” the statement read.

Below is the video with this tyrant’s requests. If it doesn’t start automatically, Hurt’s comments begin at the 1:01:40 mark.