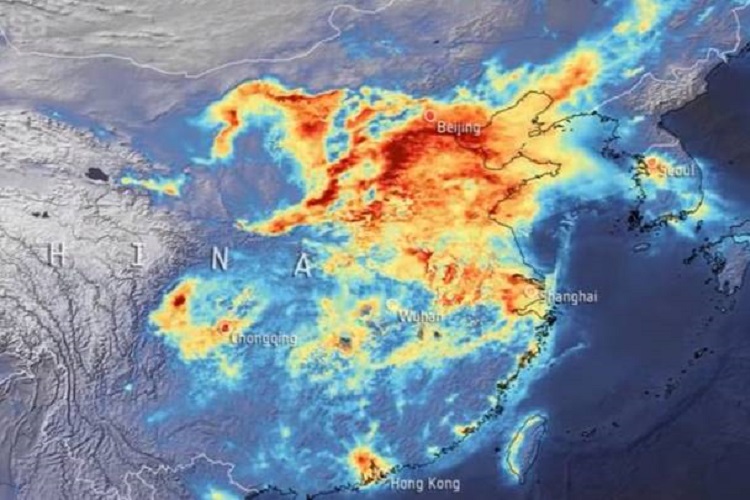 Shocking new satellite imagery has been released by the European Space Agency (ESA) that shows the massive decrease in air pollution over China following the coronavirus outbreak and nationwide lockdown, as well as the rapid return of emissions as the country’s quarantine measures were eased.

The imagery compares air pollution levels—specifically nitrogen dioxide emissions produced by the burning of fossil fuels over China—between December 20 and March 16, and is based on data from the Copernicus Sentinel-5P satellite. Similar images taken between January 1 and March 11 over Italy revealed a major drop in pollution as the European nation implemented major controls to curb the spread of the novel virus.

“As news of the coronavirus broke out in the Hubei province, China, in late December 2019, stricter measures were put in place. As a result, by late January, factories were closed and streets were cleared as Chinese authorities had ceased daily activities to stop the spread of the illness.

“By combining satellite observations with detailed computer models of the atmosphere, their studies indicated a reduction of around 20-30 percent in surface particulate matter over large parts of China.”

On Monday, China once again reported no new community transmissions of the virus but confirmed that 39 infections had been brought in from abroad while nine more people died in Wuhan, where the virus first emerged. No new cases of the novel coronavirus have been registered in Wuhan for five consecutive days.

As China continues to successfully beat back the CoViD-19 outbreak, social control measures in the Communist Party-governed East Asian giant have been relaxed. In recent days, over 500 cinema screen have reopened in the country, reports Variety.

Trends in the People’s Republic that show people trickling back to work and communities returning to a state of relative normalcy stand in sharp contrast to the developing crisis in the West, where new infections have rapidly been cascading, resulting in mass panic, upended markets, and a mad dash by governments to coordinate their response.