In order to combat the harmful illusion of self that is created by our ideals of who we are based on past experiences and judgments of ourselves and others, we must overcome the ego. The ego-self is created by a complex and powerful overlay of our mind that is designed as a shield to protect us from harm and suffering. The ego unchecked over time expands, falsifying our idea of true self. The result is an unbalanced, disconnected, external self focused solely on safety and attachments with narcissistic concerns about appearance and position, yearning for admiration and superiority and bogging us down with negative and false fear-based thoughts of judgment, anger and resentment. In the quest to overcome the false self or ego self, many have turned to meditation practices which detoxify our minds, cleanse the soul, and reactivate our higher self connection to a universal and compassionate consciousness. It has been proven that positive thoughts and a joyful outlook, combined with a forgiving nature filled with love and gratitude, have the capacity to heal our minds and bodies. Using meditation ignites the spiritual connection within us so frequently manipulated by our ego’s desire to be in charge.

Connecting to Soul Self thru Meditation

One of the primary benefits of meditation is creating a sense of stillness and calm that is present throughout one’s entire life. This stillness and inner peace is one of the most attractive aspects of making meditation a daily practice. Meditation is clearing the mind, and in clearing the mind it silences the ego. During meditation, a sense of peace is created with the universe, allowing the experience of true identity, also known as “cosmic ego.” There are multiple layers to the mind, and meditation assists in breaking thru the outer ego-defense layer to reach the inner self. Often, we do not realize what is missing in our human experience, but a sense of emptiness or being overcome by psychological traumas such as depression, anxiety, bipolar may lead to seeking treatment. Finding a spiritual connection using meditation relieves mental anguish, develops a healthy mind and body, and promotes overall health and well-being.

Religions Agree on the Philosophy of No-Ego

Seemingly, all traditions agree that no great spiritual attainment is possible without conquest of egocentricity. And while a healthy dose of self-esteem and self-confidence are valuable traits, one must replace conceit with modesty and arrogance with humility. This is where meditation can help us tremendously. The truth lies within and is an internal connection to the eternal soul. Which practice we choose or what skills we use, whether we are religious or not, are not significant. Atman, a term commonly used in the Hindu and eastern traditions, describes the connection to higher self and someone who has reached a state of no-ego. Atman means the individual soul or essence. A person who is entirely in touch with their spiritual side is an example of someone deeply connected to atman.

“In a way, the Christian notion of being in Christ and Buddhist notion of no-self and true self have something in common. That commonality is, you are free from this binding ego. You step outside of ego and are then open to receive love of God and open to act as a good Christian disciple or a good Buddhist. So whatever needs arise around you, you respond to it freely without clinging to your old unchanging self.”

In Tibetan practices, it is taught that our true self is eternal and is the God force within us. The way of our higher self is to reflect our inner reality rather than the outer illusion. The description given by Sogyal Rinpoche in The Tibetan Book of Living and Dying is a wonderful explanation of this discovery:

“Two people have been living in you all of your life. One is the ego, garrulous, demanding, hysterical, calculating; the other is the hidden spiritual being, whose still voice of wisdom you have only rarely heard or attended to.” 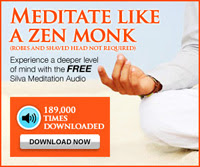 He refers to this hidden spiritual being as our wise guide. When we learn to transcend the illusions sponsored by the ego, we can access this wise guide. We can invite in the higher aspects of ourselves to function in their natural, loving and integrated design.

Eckart Tolle was asked, “How do you know whether a feeling you have is coming from your Ego, or from a deeper source?” His response:

“Sometimes it’s not so easy to tell. One criterion you can use is to know, if there is any negativity involved, anger, resentment, irritation, then Ego is present there. If there is no negativity but there is an underlying field of peace, then it arises from a deeper place that is not the Ego.”

When we view the world in competition and judgment and others as less than, often our Ego is driving our behavior and our thoughts. This means the Ego is fulfilling its need to be right, self-important and drives us away from our true nature as loving beings.

“Negativity is the key,” explains Tolle. “Knowing whether or not that is present in you. You need to be present to know whether it’s there or not.  If you are identified with negativity, then you won’t even know that there is negativity. To the Ego, a negative feeling is something good. The Ego loves to be angry.  It strengthens itself with that.”

Sigmond Freud (1923), known as the founding father of psychoanalysis, coined the terms id, ego and superego, the three parts of his psychoanalytic personality theory stating that they work together in creating human behavior. According to the Freud terminology, the id is irrational and creates demands, the ego adds the needs of reality in meeting the demands of the id, and the superego adds morality to the action which is taken. The superego can punish the ego with feelings of guilt. These concepts do not contradict the current views on the human personality and ego based vs. cosmic consciousness.

The rise in great spiritual leaders of this decade who have inspired millions in a non-religious pursuit of spiritual fulfillment has increased the wide spread use of meditation practices in the West. Respected authors such as Dr. Wayne Dyer, Eckert Tolle, and Deepak Chopra have transcended religious doctrines with a new message of finding joy and purpose by identifying with the soul self. When asked about ego, Dr. Wayne Dyer says:

“No one has ever seen the face of ego. It is like a ghost that we accept as a controlling influence in our lives. I look upon the ego as nothing more than an idea that each of us has about ourselves. The ego is only an illusion, but a very influential one. Letting the ego-illusion become your identity can prevent you from knowing your true self and is a backwards way of assessing and living life.”

Losing the identity to ego-self transcends religious beliefs and acknowledges that the internal spirit of an individual’s higher self is the connection to God consciousness, uplifting the soul in peace and unity of both ourselves and others. Dr. Susan Dillbeck, president of the International Foundation of Consciousness-Based Education, says that meditation is very important and encourages everyone to practice it often.

“When we meditate, we begin to feel the touch of our spirit we sense our vibration increasing in an internal, eternal, melding of self with our soul. A quiet mind hears the voice of the angels more easily. The more you relax your mind, the easier it is for you to hear the answer. Open our heart and mind, this abundant love has no boundaries.” – Dr. Susan Dillbeck

Using daily meditation, results from brain scans now reveal an increase in gray-matter density in areas of the brain associated with memory, self-awareness, compassion and introspection, and a decrease in density of gray matter in areas associated with stress and anxiety. 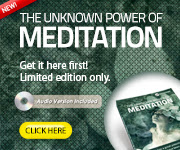 As society reaches new levels of awareness, seeking solutions to overcoming the limiting beliefs placed on us by ego-based thinking, meditation is becoming more popular amongst mainstream thought leaders in science, psychology and religion. Knowing that we control our thoughts and that we are not our minds, but in reality we are our spiritual essence or soul, science and spirituality continue to help society grasp a more advanced knowledge of the science of the mind.