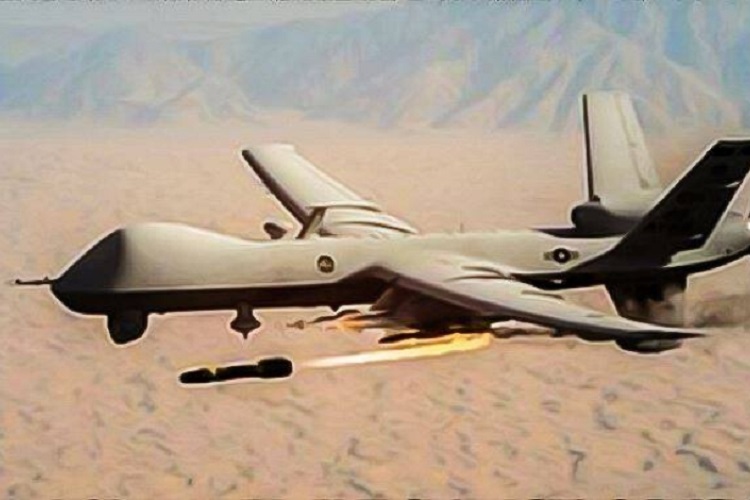 While corporate media in the United States has been fixated on events in Iran, specifically the recent admission from Iran that Ukraine International Airlines Flight 752 was accidentally shot down by its military, other equally—if not more important—news has largely been ignored or glossed over during the growing tit for tat conflict between the two countries.

Such important events include:

According to Tolo New, a drone strike targeting Mullah Nangyalai, a top commander in the Taliban, killed him along with around 60 civilians in the Shindand district of Herat, Afghanistan.

Locals have called the attack that involved four armed drones a mistake, despite officials from Afghanistan’s Ministry of Defense reporting that the strike was coordinated between U.S. forces and the Defense Ministry.

The Pentagon’s confirmation of the attack was published in the U.S. military publication Stars & Stripes in an article titled Airstrike in western Afghanistan kills leader of Taliban splinter group, may have killed civilians. Unsurprisingly, the article does not confirm civilian deaths. Instead the article appears to gloss over them quickly, saying the strike “may have killed several civilians,” adding later that an investigation was launched to determine if civilians were killed.

U.S. officials sent a statement to the Afghan media that lacked comment on casualties.

The statement read, in part:

“U.S. Forces-Afghanistan, at the request of Afghan Security Forces, conducted a coordinated defensive air strike in support of Afghan forces in Shindand, Herat on January 8, 2020.”

The statement also said that fighters belonging to the Taliban splinter group that Nangyalai commanded would continue to fight against “the U.S. and other foreigners.”

According to a local resident, “a few civilians were killed and injured” in the first strike, before a second occurred as the dead and injured were being gathered.

One eyewitness, Saleh Mohammad, whose two nephews were wounded in the strike said “37 to 38 members of Commander Nangyalai’s group were martyred.”

Mohammad Javad, another eyewitness said the plane was reportedly “dropping bombs everywhere on the people and it was killing them.”

Brown University’s Costs of War project estimates that 157,000 people have died as a result of the US-led war in Afghanistan since October 2001. This includes more than 43,000 Afghan civilians and more than 500 humanitarian aid workers and journalists.