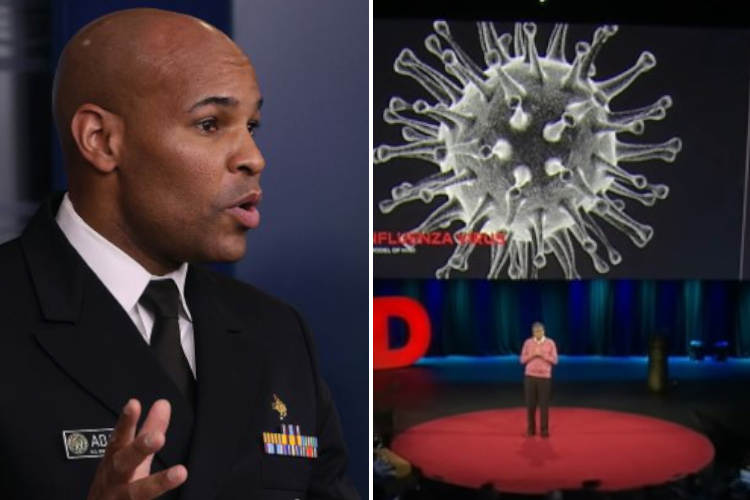 The United States Surgeon General Jerome Adams recently announced on live radio that the Coronavirus Task Force will be dropping old pandemic models from the Center for Disease Control (CDC) and World Health Organization (WHO) in favor of real-time statistics.

“What the American people need to know now is we actually have data, and so we’re tracking that data.” – Jerome Adams

As a result of this shift, some businesses are set to re-open in May, while others will have to wait until as late as June. This signals a departure from the Gates  Fauci plan of keeping the nation under lockdown as long as possible.

Using these unreliable models, Dr. Fauci and Bill Gates have been threatening shutdowns of businesses for anywhere from six months to a year and until they can get the public inoculated with a new, minimally tested vaccine. Some experts have called this a “grossly disproportionate response”.

“We’re following this data every single day, and we’re giving that data to communities so that they can make informed and intelligent decisions about when and where to reopen,” Adams said.

Even a lift on federal bans would not allow every business to re-open as many states have added another layer of control over their respective economies.

“I feel confident that some places will start to reopen in May and June. Other places won’t; it will be piece by piece, bit by bit, but will be data-driven.”

There has been a lot of talk recently about not letting the “cure” be worse than the disease. Closing down businesses has drastically affected the economy and as a result, quarantine is driving many to drugs, domestic violence, and suicide.

“But when it comes to suicide, all factors are pushing in the same direction now. Lack of income, lack of job security, isolation, reduced access to mental health services will all increase suicide risk. I’m confident of that,” said Richard Dunn, an associate professor of economics at the University of Connecticut.

In a tragic event, one teenage woman from the United Kingdom committed suicide in March after warning her family that “more people will die from suicide during this than the virus itself.”

“Lockdown mandates…are sending the economy into a tailspin and wreaking havoc with our liberties,” says constitutional scholar John W. Whitehead, as many are wondering whether the government should retain the right to shut down private businesses and force healthy people into quarantine at all.

Now that the Trump Administration is using real-time data instead of predictive models, they suspect that the coronavirus pandemic will be much less destructive than they had ever thought before, while the economy is set to re-open in record time.

In the following video, Dr. Rashid A. Buttar discusses this in more detail:

This article (U.S. Surgeon General Drops Outdated WHO, CDC, Gates Pandemic Model) as originally created and published by Waking Times and is published here under a Creative Commons license with attribution to Phillip Schneider and WakingTimes.com. It may be re-posted freely with proper attribution, author bio, and this copyright statement.