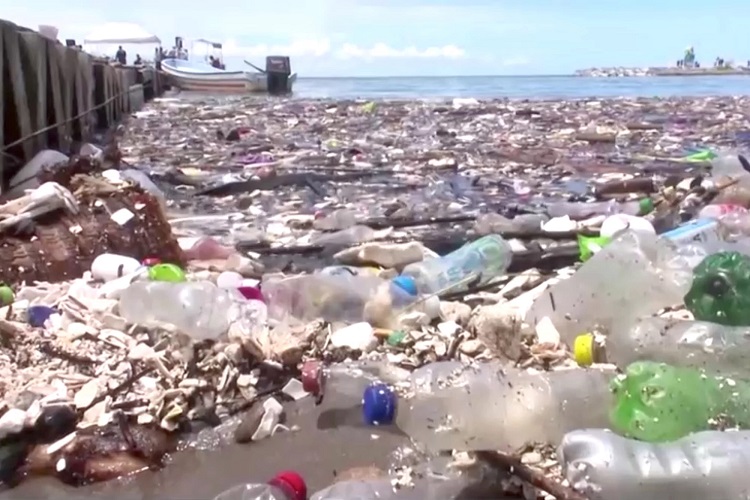 A “trash tsunami” has washed ashore on the beaches of Honduras, endangering both wildlife and the local economy.

The trash is mostly plastic waste, Voice of America reported Tuesday, and it is polluting the typically pristine tropical beaches of Omoa in the country’s north. Honduran officials said Saturday that the refuse was coming from the mouth of the Motagua River in neighboring Guatemala. It poses a problem for the local economy because it depends on the tourism the beaches attract.

“This wave of trash which came from the Motagua River really surprised us, and even though it caused problems, it has not stopped our activities,” Honduran environment official Lilian Rivera said, as Yahoo News reported. “We are committed to cleaning our beaches and keeping them clean, but today we are demanding that authorities in Tegucigalpa take strong actions, actions to find a permanent solution to this problem.”

Tegucigalpa is the capital of Honduras.

The Hondoran government, meanwhile, has demanded action from Guatemala to stem the tide of plastic, according to Voice of America.

But the plastic flowing from Guatemala’s Motagua River is an ongoing problem for the region, as The Intercept reported in 2019. The plastic tide is fed by the fact that Guatemala has few managed landfills or wastewater treatment plants. The plastic then washes out in the Caribbean Sea, home to the biodiverse Mesoamerican reef.

In 2017, the Guatemalan government installed a “bio-fence” in the river to catch some of the waste after the Honduran government threatened a lawsuit over the pollution that reached its beaches. The fence is made of plastic bottles tied together with plastic netting.

“When it’s full, you can practically walk on it,” trash removal worker Marco Dubón told The Intercept.

Worldwide, rivers are a major source of ocean plastic pollution: 90 percent of it comes from just 10 rivers, scientists found in 2017. The problem is only growing. A study published in July found that around 11 million metric tons of plastic enter marine environments every year, and that number will increase to 29 million metric tons a year by 2040 if no action is taken. Plastic is then a major problem for marine life. Seabirds, turtles and marine mammals can become entangled in plastic or eat it by mistake, PEW pointed out. This can lead to strangulation, suffocation or death. It is estimated that plastic kills one million seabirds every year and that half of all sea turtles have swallowed plastic.