This is What Plastic Does to Ocean Live – It is Insane 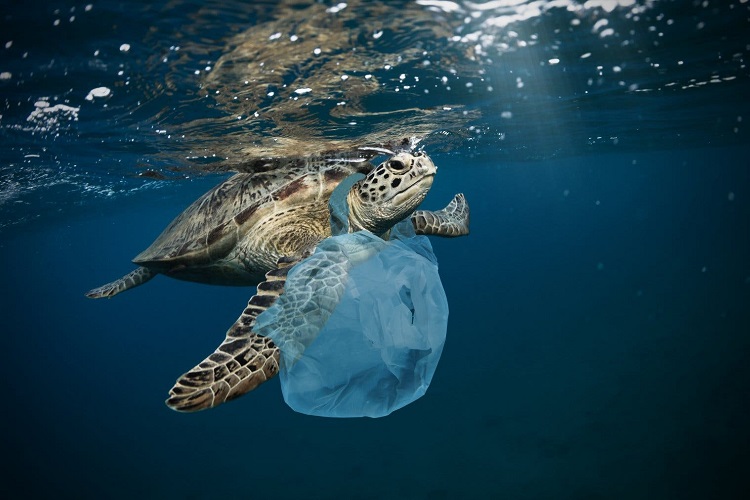 As we reach the end of July – known as plastic free month, it’s important to remember the horrendous suffering plastic is causing to ocean life 365 days per year.

The problem of plastic pollution in the ocean has now reached epic proportions and at least 8 million tons is being added every single year.

From coral reef to tiny crabs to sea turtles and massive whales, no creature is immune to the plague of plastic human ‘kind’ has unleashed.

Be it entanglement, slow suffocation or strangulation, microplastic ingestion, or the bioaccumulation of toxins, animals are dying in large numbers and in terrible ways.

There are now, according to a 2015 report, more than 51 trillion pieces of plastic in the ocean.

To give you an idea of how big a number 51 trillion is, it’s more than 500 times the number of stars in our galaxy.

“At the rate at which we are dumping items such as plastic bottles, bags, cups and straws after a single use, by 2050 we will have more plastics in the oceans than fish,” said Erik Solheim, a former UN Environment Executive Director.

And by now the scourge of plastic has infiltrated every part of the ocean, even the deepest depths of the seas, the Mariana Trench, nearly 10,975 down.

OUT OF SIGHT OUT OF MIND IN THE SEA

While most of our plastic is single use – it’s virtually indestructible in the ocean and the same piece of plastic can potentially kill multiple animals over decades.

For many of us, we don’t see what goes on underneath the waves and it’s a case of out of sight out of mind.

To get an idea of how devastating the problem is, here are some shocking examples.

This octopus is destined to be entangled in plastic for the rest of its life:

This octopus shouldn't be carrying plastic. It's time to #BreakFreeFromPlastic. Tell U.S. Congress to protect our oceans and marine life from plastic pollution: https://t.co/7uJW7LyXzt pic.twitter.com/pfNuEG7oHf

In Bangladesh, a beach turned into a mass grave for turtles who were washed ashore entangled in plastic debris.

At least 20 turtles were found dead in Bangladesh after washing ashore tangled in plastic waste.

About 8 million tons of plastic enters our oceans every year.

Officials said it was the most garbage ever seen there: "It sends a great danger signal to our marine biodiversity." pic.twitter.com/NDYrv2ciVU

This hermit crab is unable to remove the plastic cup it became stuck in.

A turtle with a plastic straw stuck up its nose had to be operated on. This one was ‘lucky’ to have been helped – imagine those that continue to suffer until death.

This penguin never had the chance to make it to adulthood:

A little penguin killed by plastic trash and washed up on the shore. Eating plastic causes major problems for penguins and other marine animals.#ocg pic.twitter.com/GTKdBj2RWL

A baby turtle imprisoned in plastic:

In another shocking study in 2019, it was found that 100% of dolphins, whales and seals which had died off the UK coast contained plastic.

A pregnant sperm whale in the Mediterranean was found dead with 20kg of plastic in its stomach and has starved to death because it was not able to ingest its food.

A whale off the coast of California was found to have more than 200kg of fishing tackle and plastic bags in its stomach.

As can be seen in this one report, the list of horrors goes on and on and on.

Literally millions of animals, birds, sharks and fish are being killed every year.

And of course the plastic is eventually being consumed by humans as well – via the microplastic inside the fish we eat.