This Artificial Sweetener Might Be Making You Fatter and Sicker 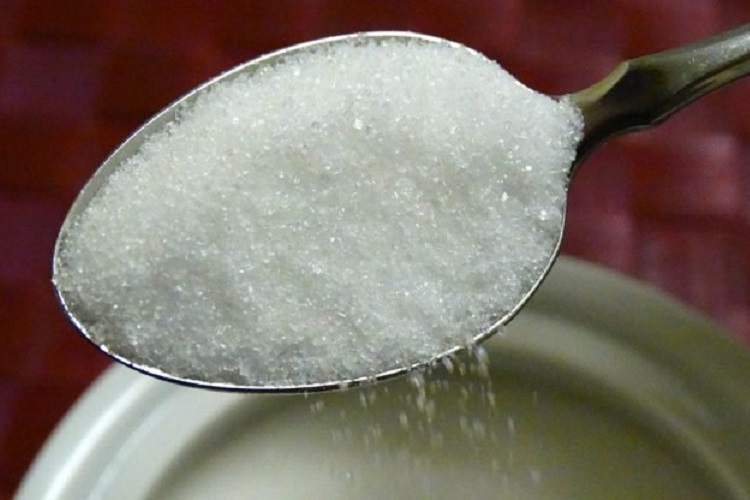 A study published in the journal Cell Metabolism by a group of Yale researchers found that the consumption of the common artificial sweetener sucralose (found in Splenda, Zerocal, Sukrana, SucraPlus, and others) in combination with carbohydrates can actually raise blood sugar and increase weight.

Sucralose is found in thousands of baked goods, condiments, syrups, and other consumer packaged goods—almost all of them containing carbohydrates.

The finding, which researchers expressed has yet to be replicated in other studies, raises new questions about the use of artificial sweeteners and their effects on weight gain and overall health.

Researchers of the study took 60 healthy individuals who weren’t overweight and separated them into three groups:

The maltodextrin molecules don’t bind to taste receptors in our mouths and are impossible to detect. While the sensation of the third group’s beverage was identical to the sucralose-only group, only this group exhibited significant adverse health effects.

The artificial sweetener by itself seemed to be fine, but that changed when combined with a carbohydrate. Seven beverages over two weeks and the previously healthy people in this group became glucose intolerant, a metabolic condition that results in elevated blood glucose levels and puts people at an increased risk for diabetes.

The experiment follows research that was published in the journal JAMA Internal Medicine last year that found that consumption of two or more glasses of artificially sweetened soft drinks a day increased a person’s chance of death from circulatory diseases. While a 2008 study by scientists at Purdue University showed that artificial sweeteners alone could result in higher blood pressure, weight gain, and increased risk of diabetes, stroke, and heart disease in rats.

The scientists in the Purdue study fed yogurt sweetened with glucose to a group of rats. A second group then was given yogurt sweetened with zero-calorie saccharin. This group consumed more calories, gained more weight, put on more body fat, and didn’t make up for it by cutting back later.

Dana Small, one of the researchers, wondered why the rats gained weight in Purdue’s experiment. It was that yogurt, which was high in carbs, according to the study.

Small and her team state the carbs and sucralose work together to confuse the brain, which then miscommunicates with the rest of the body harming its ability to metabolize sugar.

However, Ali Webster, a director of research and nutrition communications for the International Food Information Council, said the study’s methodology is flawed, according to the Hour.

“Take this study with a big grain of salt,” Webster told the Hour. “This had no measurement of food intake over the course of those two weeks. You’d want to keep track of everything else they are eating and drinking.”

Small acknowledged to the news publication, “We had no measure of food intake.” But she said:

“All three groups were exactly the same at pre-test and were randomly assigned to one of the groups. The chance that there was a systematic difference in eating only in those people assigned to the combo group would be statistically highly unlikely. In no study can you ever account for every factor-that is why we randomize.“

“The question is,” Small asks, “are artificial sweeteners bad for you? We need to figure out the mechanism, but the hypothesis is that this would work with any carbohydrate.”

Previous studies published by the Purdue University from Susan E. Swithers and colleagues show that frequent consumption of high-intensity sweeteners may have the opposite effect by confusing the body’s natural ability to manage calories based on tasting something the body perceives as sweet when it actually poisoning you.

According to a report published in General Dentistry, phosphoric acid in soda also causes tooth enamel erosion, even with just minimal exposure to the chemical.

Scientists at the Nicolaus Copernicus University and Professor Franciszek Lukaszczyk Memorial Hospital in Bydgoszcz in Poland have previously found that a sweetener in soda could damage arteries in the penis, resulting in restricted blood flow to the organ (erectile dysfunction), lowering sperm count.

Other studies have revealed that artificial sweeteners like Splenda are dangerous and could cause cancer and Leukemia when scientists fed rats with Splenda until they died. In another study it was announced that sugar is not good for your body and it could also cause cancer. While yet another study has linked sugar to the growth of cancer.

Now we have a study that is suggesting that artificial sweetener may also be causing obesity and other health problems.