The US Government is Officially Funding the Study of Geoengineering 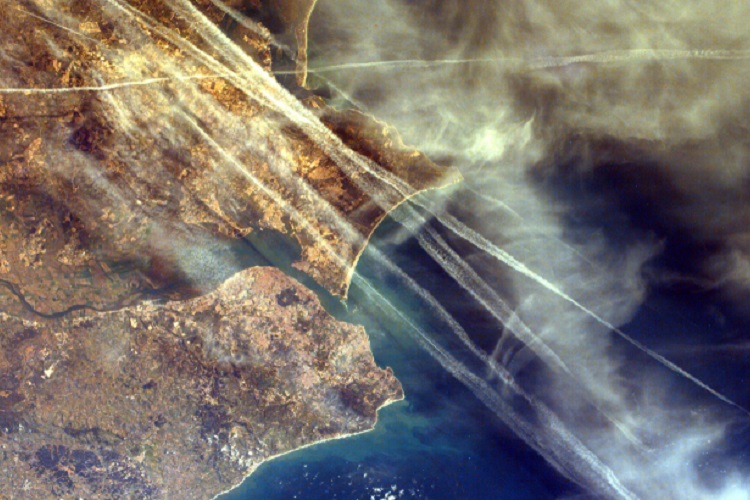 While humanity battles a growing number of ecological disasters, the push for lower greenhouse gas emissions has struggled to gain traction.

In the face of the unlikely reversal of long held traditions and habits, researchers have been pursuing alternative methods for cooling the global temperature. One of these methods is known as geoengineering, or the deliberate mass manipulation of the climate. The controversial science is being touted as a potential “backup plan” should humanity fail to lower carbon emissions by two degrees.

This backup plan will now receive $4 million in funding, according to David Fahey, director of the Chemical Sciences Division of the National Oceanic and Atmospheric Administration’s (NOAA) Earth System Research Laboratory. E&E News first reported that Fahey told his staff that the U.S. government is ready to study two types of geoengineering.

The second tactic involves using aerosols to create artificial, low-lying clouds over the ocean. “This technique is borrowed from “ship tracks”—or long clouds left by the passage of ocean freighters that are seen by satellites as reflective pathways. They could be widened by injections of vapor from seawater by specialized ships to create shading effects,” E&E reports.

Fahey says an upcoming study by the National Academies of Sciences, Engineering, and Medicine titled “Climate Intervention Strategies that Reflect Sunlight to Cool Earth“ will recommend further studies in both areas. He also suggests changing the term geoengineering to a “more neutral word” like “climate intervention.” Fahey called geoengineering a “tangled ball of issues” and said he hopes to give lawmakers a “clear view of how a hurry-up bid to save the planet would work.”

Still, Fahey admits that putting aerosols into the atmosphere “opens up this whole menu of things that you’d have to worry about.” Science Magazine notes that several smaller nations have already expressed concern that the use of aircraft to inject aerosols into the atmosphere might alter the weather or damage the ozone layer. Fahey says a scientific approach must involve identifying a list of unknowns, including unintended consequences.

The concerns surrounding geoengineering are widely known to anyone following the research. Claims that geoengineering could be employed without significantly altering the planet or without making things worse were rebuffed by a number of experts.

Alan Robock, a climate and aerosols expert at Rutgers University who previously conducted research for the Intergovernmental Panel on Climate Change (IPCC), has said that researchers claiming that there will be no significant effect do not take into account the reality that geoengineering may have additional side effects, like warming certain parts of the atmosphere, changing atmospheric circulation, or affecting the ozone layer.

“I do not agree that ’no area will be significantly worse off under a solar geo-engineering scenario’,” Robock has said. “Worse as compared to what? If we rapidly begin mitigation now, that is rapidly reduce our CO2 emissions to zero by switching our power to wind and solar, we will be much better off than a business-as-usual future, or one with geoengineering.”

Interestingly, Robock has previously stated that he believes the Central Intelligence Agency (CIA) may already be using geoengineering techniques as a weapon of war. In 2015, while speaking at the annual meeting of the American Association for the Advancement of Science in San Jose, California, Robock stated he was phoned by two men claiming to be from the CIA, asking whether or not it was possible for hostile governments to use geoengineering, or mass manipulation of the weather, against the United States.

The public and scientific community should examine all of the available evidence which currently shows geoengineering might lead to potential loss of blue skies, lower crop yields, and increases in land and water temperature. According to a recent study published in Nature, geoengineering could lead to lower crop yields. This study is not the first to draw attention to the dangers of beginning geoengineering programs. According to a 2013 study published in the Journal of Geophysical Research: Atmospheres, if geoengineering programs were started and then suddenly halted, the planet could see an immediate rise in temperatures, particularly over land.

Another study published in February 2015 by an international committee of scientists stated that geoengineering techniques are not a viable alternative to reducing greenhouse gas emissions to combat the effects of climate change. The committee report called for further research and understanding of various geoengineering techniques, including carbon dioxide removal schemes and solar-radiation management (SRM), before implementation. The scientists found that SRM techniques are likely to present “serious known and possible unknown environmental, social, and political risks, including the possibility of being deployed unilaterally.”