The Magnificent Truth of Why We Are Here 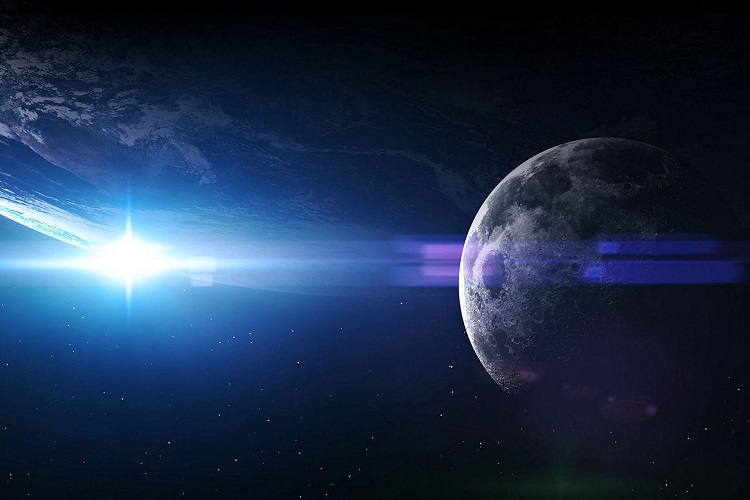 When Michael Becker of NewEarthKnowledge.com asked me to share my thoughts about the question of “Why are we here?“ for his upcoming eBook, I assumed he meant “why are we here having this Human Experience on Earth.”  Which in my mind boils down to, what’s the purpose and meaning of all of this, if any.  Is there a point to it?

I was kind of amused when I received his invitation because this topic is one of the very first that I wrote about when I started this blog back in early 2015.  That article is pretty dated now because my understanding of the greater reality has evolved since then.  Hence, I’m delighted to have the opportunity to write about this subject again.

The question of Why are we here?” doesn’t have a singular answer.  Like many of the subjects in spiritual metaphysics, the answer is multi-layered and multifaceted.  I’m only going to discuss this question from two very distinct points of view, but there are certainly others.  Yet, I think the two I’ve chosen are probably the most relevant and essential.  But before we dive into that, let’s take a quick look at what people throughout the ages have thought about this topic.

The Meaning and Purpose of Life?

Some believe that we are here by happenstance.  That life arose in the universe by a long process of random chance and hence there is no real meaning or purpose to any of it — it just is.  And this point of view is okay because we can always choose our own purpose.  We can decide for ourselves why we are here and proceed accordingly.  There’s nothing wrong with that.

But is it possible that there’s a deeper meaning to all of this? Is it possible that there’s something else going on behind the scenes? From our superficial observations of our world and our universe, it certainly seems like what we’re seeing is all there is.  If there’s something bigger going on, it isn’t readily apparent.  So, I think it’s perfectly reasonable to decide that what we see is all that is.  And that it arose merely by virtue of the physical laws and is not by design, and hence doesn’t have any inherent purpose or meaning.

Yet many people believe there is something bigger going on and that it all has a profound purpose.  And if you study the ancient cultures of the world, you’ll find that most of them shared this belief.  And even though I’ve been an atheist for most of my life, I’ve now come to believe that there is indeed something going on behind the scenes and that it definitely has a profound purpose.  I’ve also come to believe that this bigger purpose has a direct relationship to why we are here having a human experience.  The human experience is not an accident — it’s by design.

First off, let’s reframe the original question in the broader context.  The question “why are we here?” then becomes — why did Source decide to create our reality?  And why is it playing all the parts in the game?  Did you know that Source is playing all the parts in all the realities it has created?  Yes, at least indirectly it is, but that’s another topic (check out The Multidimensional Self to learn more about that).

This is one of the big esoteric secrets of existence.  Every single soul playing a character in this game (or any other game) is a piece or part of source consciousness!  We are all Source — ultimately, there is only one playing this game.  And this is not the only game it (we) created — it (we) are playing many characters in many games!

So why is it doing this?  Why is it creating multitudes of realities and worlds and then diving in and playing within them? The answer to this question is both simple and somewhat surprising — there is nothing else to do!

Let me explain.  And to explain this adequately, I’m going to have to review the ultimate nature of reality and existence.

The Ground of Existence

At the very ground of existence is an intelligence that presides over a field of energy/information. This intelligence has been referred to by many names, but I prefer the term “Source Consciousness.” This field of energy/information that this intelligence presides over, we could refer to as the Source Field and Source Energy. Source energy is the stuff that is molded into worlds, into universes, and into the bodies of the avatars that we use to represent ourselves when playing within these worlds. And of course, Source Consciousness is the intelligence doing the molding. That’s why Source is often referred to as “The Creator!”

The Only Game in Town

But why does it create worlds? It creates them so it can have experiences within them! But what’s the point of that? For one thing, having “physical” experiences drives the expansion and evolution of its consciousness! For another thing, it’s the only game in town. Source is pure consciousness, formless, and non-physical. And although we say that the Source field is energy, it’s essentially information. In effect, Source is an intelligent and aware information system! And as such, it can only read, process, store, and communicate information between its parts! Natively It can “think” but not much else. Unless of course, it invents a way to have experiences other than that, which it did — the creation of “Realities.” Which allowed it to experience itself as individualized “physical” beings within so-called “physical” worlds.

The Virtual Nature of Reality

And the really fun part is that in this reality we’ve carefully hidden both of these facts from ourselves (check out Constructing the Separation Game to learn more about that) to make it a more immersive and exciting game! That’s why you may be surprised and more than a little skeptical of my assertions. But as hard as it might be to believe, Source consciousness is creating and playing many virtual reality games — and it’s doing it through us! Wholly crap! That’s incredible!

The One is the Many, and the Many Are the One

Source consciousness can subdivide itself into as many individualized nodes of consciousness as it likes. Which allows it to do many things at once — including designing and generating multitudes of virtual realities and playing all the parts in them!

The nodes of consciousness that dedicate themselves to playing parts in the so-called “physical” realities have been referred to as Souls. Souls are parts of Source that are many levels of subdivision removed from the root of the source consciousness system.

With our review of the big picture complete we can now explore the question of “why are we here” from the perspective of the soul.

The Journey of Souls

Everything a soul experiences, while playing parts in various realities, contributes not only to its own learning and growth, but to that of Source as a whole. All experience, and all knowledge and wisdom derived from that experience, trickles up through the network of consciousness to the root node. It all accumulates at the top — it all accumulates in Source itself.

Hence, ultimately, we are here to contribute to the expansion and evolution of source consciousness. And having experiences within virtual realities does that in a big way.

You are here to enable the divine purpose of the Universe to unfold. That is how important you are!

Yet within this context of our larger purpose, each and every soul has its own specific reasons and purpose why it plays the game of being human over and over again. Each piece of consciousness, each soul is on an extended journey of human experiences, gradually learning, growing, and expanding and evolving its consciousness. It’s like a school with many grades or a game with many levels. And at every step of the way, it’s choosing the themes it wants to experience, and the potential lessons it wants to learn. It’s going through a progression of learning and growth that is specific to it, but helpful to the whole.

The earth game and the human experience (like all realities) are chosen both because it is fun and interesting and because it’s formative to our consciousness. In a sense, its both an entertainment game and an educational game. So, the soul does desire to have fun, but it’s also trying to learn and grow. And here’s the thing, what drives learning and growth the best is challenge and adversity. So, remember that, and you won’t complain so much — after all, you did sign up for this. Everything ultimately serves a higher purpose. There is so much more I could say about the journey of souls, but for now this is enough.

Source is expanding and evolving through us and our experiences! Source is accumulating a vast amount of experience and derived knowledge and wisdom through this process that we are integral parts of.

Ultimately, we are Source, and Source is us, and we are truly all one.  This is the magnificent truth of what we are and why we’re here!

This article (Transcending the Illusion of Light Versus Dark) was originally at Divine Cosmos and is posted here with permission.