The Coward Within, the Fascist Without – Both Must Die 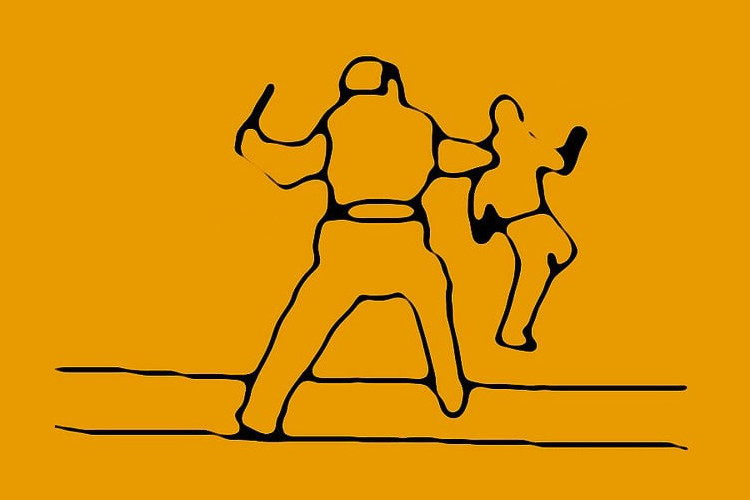 Death can appear daunting. It takes considerable spiritual maturity to fully embrace the fact that death is not an ending, but simply a new chapter in the evolution of spirit, freed from the vessel in which it has travelled.

There is nothing to fear here; yet the unknown will always carry with it a certain apprehension, a sense of awe. It takes courage to face that about which one is entirely unfamiliar. But life was never intended to be a risk free adventure and we do not come into this world seeking to avoid that which asks us to embrace challenge.

Now we face that challenge, probably the greatest one we will ever come up against, and securing victory in this clash of light and dark can only happen when we recognise that the coward in us must die. It has to die so that we can live. Live to challenge the anti-life lie – for as long as it takes to see the last of it.

The outstanding task which stares each one of us in the face today, is to overcome that pervasive inner weakness which prevents us from taking action for the liberation of the world from those who hold it to ransom.

This miserable beast, which works on our sense of inner insecurity, is the lowest denominator of life and instantly turns man into an insipid weakling, fearful of what it means to be alive and fully human. I refer to the condition known as ‘cowardice’.

All who find an inner excuse for failing to embrace the present battle to prevent an inhuman dictatorship taking over the daily management of life on this planet, must acknowledge the call of being a coward. So must those who ‘do what they are told’ when in their gut they know they shouldn’t.

‘Coward’ is a frighteningly hurtful word. There may be no more demeaning thing to be accused of than being a coward. It goes straight to the guts of anyone who has even a shred of self respect. A coward is not something we like to think of ourselves as unless we’ve completely given up caring about holding onto the reins of life.

In the immediate months ahead, the surviving ‘coward within’ must be challenged right down to the bone. These months are going to form the absolute epicentre of a pivotal choice for every one of us – stand up to be counted as part of the resistance or fall ever deeper into capitulation to a state of abject slavery.

The former stance will lead to an unprecedented victory for the liberation of mankind snatched from the jaws of darkness. The latter will mean unbroken servitude to the demonic mechanisms of an anti-life cult only concerned with total control over – and torture of – all those who have failed to rise up in defiance.

Because the situation is so stark, it has become almost unbearable to witness the mindless capitulation of fellow humans to the divide and conquer dogs of war. Those whose outright villainy has been rampant during the great scamdemic. This only matched by the astounding passivity of those millions offering themselves up as ‘victim-food’ for the further aggrandisement of evil.

So much of humanity has sunk into what I can only describe as ‘a race of cowards’. The mainly physical challenges of the past which sustained a determination to do one’s best no matter what, should by now have transposed into the spiritual realm.

The same outer determination required to overcome physical actualities should by now have become channelled determination to conquer the rampant ego and the coward within. But this (logical) evolutionary process has not happened. Instead, any forward momentum has stalled, daily life has lost its rhythm and self discipline has been taken over by a state of funk.

In this state, humans are very easily controlled. By TV, the deadly convenience of the EMF pocket mobile and social engineering of malevolent power mongers – to name just a few factors behind global brain washing.

Any major challenge, like standing up against the removal of vital basic freedoms won over centuries, have been turned away from and individual resilience replaced by irresponsible vaccilation.

Far too many people have sunk into a state of abject passivity, sleep-walking their way through life as though they believe they have no role to play in this existence. Instead, passing on responsibility for the management of their lives to a posse of fawning fake ‘political leaders’.

So now, the guts needed to bring-about the bold uprising needed to emancipate ‘we the people’  from a globally dominant fascist dictatorship – is seriously wanting.

But the key battle-ground within this drama is not the outward defeat of a physical adversary, but the inner defeat of the slippery coward. In order to become part of the resistance to centrally controlled acts of mass genocide, we must ensure that the coward within us is given no scope for expression.

The coward that operates within each one of us has to die before the greater part of humanity can live.

This may seem like ‘mission impossible’ for those who tremor at the prospect of the warrior within themselves rising up and calling for action. But to these people I say – just consider the alternative. Capitulation to indefinite decades of slavery with no freedoms or civil liberties left. None at all.

Chipped, mind controlled, psychologically tortured, spiritually blocked and physically re-engineered or murdered by fake vaccinations; forced onto a diet of synthetic laboratory foods; unable to bear children owing to the sterilisation of the reproductive organs; dispossessed of all material assets including the right to claim ownership of your own body and, last but not least, being permanently under surveillance of a hidden third party who has the power to nullify any emotional courage one might eventuality find to break-out of this prison.

You might not allow yourself to believe it could ever be like this; but you would be wrong, it’s all there in the text of WEF director Klaus Schwab’s book ‘The Great Reset’.

There you have it direct from one of the chief architects of centralised global control. A master craftsman of the totalitarian state, along with Gates, Zuckerberg, Rockefeller, Rothschild, techno-kings of Silicon Valley and a handful of tyrannical multi-billionaires, bankers and ‘royal servants’ of dark-side deceivers.

These are facts not fictions, and all the despotic frontrunners whose agenda this is, are sealed-off from the real world due to their inordinate hoards of financial wealth. They exist in a parallel construct and carry out their slow asphyxiation of life on earth from a cold, calculating and callous cocoon of non empathy with real people, real emotions and real world.

Once you understand how this planet is managed for the benefit of these vampires – and that it’s you who is allowing it to happen, then the blue pill will no longer hold such an attraction. Any attempt to continue to hide behind a delusional state of disbelief looks increasingly like an open gate into a sunless underworld.

We have all arrived at ground zero. It’s now or never to back the noble march for human emancipation in all our thoughts and deeds. Not to back-off into the lengthening shadows of self implosion.

I have put it as bluntly as I can since this is what I see in front of us. This choice. Freedom -versus Fascism.

It is quite simply a case of grabbing the proud flag of freedom and jumping-in. Jumping in with the rising family of man stepping forth in resistance to the global slave-masters who want you to submit to their captivity, dragging the rest of the world with you.

Those who have not yet made their move will be wise to do so today – and let the coward in them be forever fired – rather than their always listening, ever guiding indefatigable souls.

We are unique living representatives of a higher universal force. Emissaries of the Supreme Consciousness. Let us not shrink from doing justice to this extraordinary inheritance. To honour this great gift which has been bestowed upon us.

We came here to regain control and give new direction to human destiny. To hold the earthly line on behalf of its divine inventor. To offer ourselves fully and bravely to that which demands our unstinting commitment.