The Art of Shadowing Yourself 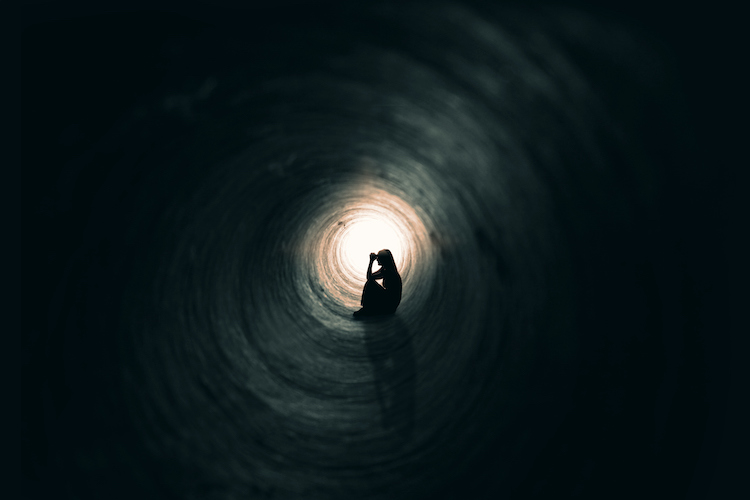 “Look at every path closely and deliberately, then ask yourself this crucial question, does this path have heart? If it does, then the path is good. If it doesn’t, then it is of no use.” ~Carlos Castaneda

The art of shadowing yourself is a ruthless form of self-overcoming made popular by the writings of Carlos Castaneda (he called it stalking the self), who was inspired by the Yacqui Shaman Don Juan.

The shadower needs four essential qualities: ruthlessness, cunning, patience, and humor. The fundamentals of the art of shadowing yourself are three-fold: shadowing the self, shadowing the world, and shadowing the unknown. Let’s break it down…

Shadowers are seekers. They are ruthless explorers. When shadowers shadow themselves, they are shadowing inner knowledge, sacred wisdom, and hidden information. They are in search of the golden shadow, where latent creativity is hidden beneath layer upon layer of cultural conditioning, religious indoctrination, and political brainwashing.

When a shadower shadows him/herself, he is a hunter mercilessly routing out codependence, weakness, and cowardice. He uses self-interrogation like Occam’s Razor, shaving away the superfluous, cutting away years and years of false knowledge, unlearning what was learned, un-washing the brainwash, and reconditioning the conditioning that came before.

A shadower audaciously digs a hole right into the center of his own comfort zone. He digs deep. He keeps digging, hungry for something more, for something he knows not what. He digs until there is nothing more than a snarling abyss, a soul-shattering existential darkness that presses in on him, that smashes his fragile ego into a million little pieces.

It is at the bottom of the abyss, deep in the throes of a Dark night of the soul, with his shattered ego reassembled into an individuated tool for further exploration, that the shadower discovers the diamond hidden in the rough of his soul: shadow’s gold.

Shadow’s gold is our sacred wound glowing like nothing else can glow. It is the accumulation of all the repressed pain, failure, setbacks, and loss experienced in a lifetime pressurized into a powerful force of darkness made conscious. It is our repressed shadow married with our inner light.

Having discovered the inner darkness of his soul’s abyss, the shadower takes his shadow’s gold and uses it to climb out of fearful codependence and into courageous independence. Now it’s time to use this newfound independence—this unity of abyss and summit, of shadow and light—to stretch his tiny comfort zone into the world.

“The shamans say that being a medicine man begins by falling into the power of the demons. The one who pulls out of the dark place becomes the medicine man, and the one who stays in it is the sick person. You can take every psychological illness as an initiation. Even the worst things you fall into are an effort of initiation, for you are in something that belongs to you.” ~Marie-Louise von Franz

Now that the self has been thoroughly interrogated, shadow’s gold discovered, abyss and summit united, it’s time for the shadower to shadow the world. It’s time for the shadower to rise up out of the ashes of his codependence and break down the walls of his tiny comfort zone. It’s time to piece back together his shattered ego into an individuated ego. The shadower uses the knowledge of his individuation to take a leap of courage out of his comfort zone. He finally has the ears to hear the call to adventure. He is ready to take the next step into his hero’s journey.

But the world is dangerous. Living a life well-lived is full of risks. Adventure is at hand, yet when a shadower stretches his comfort zone, he understands that he is stretching into risky adventure. Hence the need for courage.

Shadowing the world is not for the faint of heart. It requires questioning all institutions to the Nth degree. It requires getting in the face of all so-called authorities. It requires ruthless civil disobedience that puts the powers that be in check. It requires David-like courage challenging any and all Goliath-like power structures. Sometimes, it even requires amoral agency to balance out the extremes of the overly moral goodie-two-shoes and immoral psychopaths of the world.

A shadower shadows the world with the same ruthlessness in which he shadowed himself, mercilessly interrogating everything the culture has taken for granted. He holds outdated world views against the hot iron of universal law and tosses out what cannot withstand the heat. He counts coup on power. He deflates egos and animates souls. He cuts the strings that once bound him to a profoundly sick society like a mere puppet and turns those strings into a lasso with which he lassos truth.

The shadower acts as a mirror to the world, revealing the shadows of others. People fear their own shadows and so they tend to fear the ruthless honesty of the shadower. They cringe. They balk. They reel inside the slow simmer of their own cognitive dissonance. Nevertheless, the shadower relentlessly injects wakefulness into an otherwise somnambulant world.

When a shadower shadows the world, he becomes the world. He stretches his tiny comfort zone into a mighty horizon, subsuming the world. And the shadow of the world is a mighty thing indeed. He is now ready for the difficult task of shadowing the unknown.

“The need for mystery is greater than the need for an answer.” ~Ken Kesey

If, as Einstein said, “Imagination is more powerful than knowledge,” then the shadower turns the power of his imagination on the universe itself, flexing on Infinity, despite his own finitude.

It is in this sense that a shadower becomes a cosmic hero. Having risen up out of his codependent comfort zone, having leveraged a life well lived through shadow’s gold, having embraced the interconnectedness of all things through the union of summit and abyss, the shadower becomes an interdependent self-actualizer projecting the prism of his shadow’s glow into the Great Mystery. He has left behind the fear-based lifestyle and embraced a courage-based lifestyle that manifests the provident-based lifestyle of cosmic heroism.

Ultimately, shadowing the unknown is shadowing death. It’s being on the hunt for a good death that balances out a good life. As Castaneda said, “Death is the only wise advisor we have. Whenever you feel like everything is going wrong and you’re about to be annihilated, turn to your death and ask if that is so. Your death will tell you that you are wrong; that nothing matters outside its touch. Your death will tell you, “I haven’t touched you yet.”