Technocracy Inside Your Body: Not Science Fiction 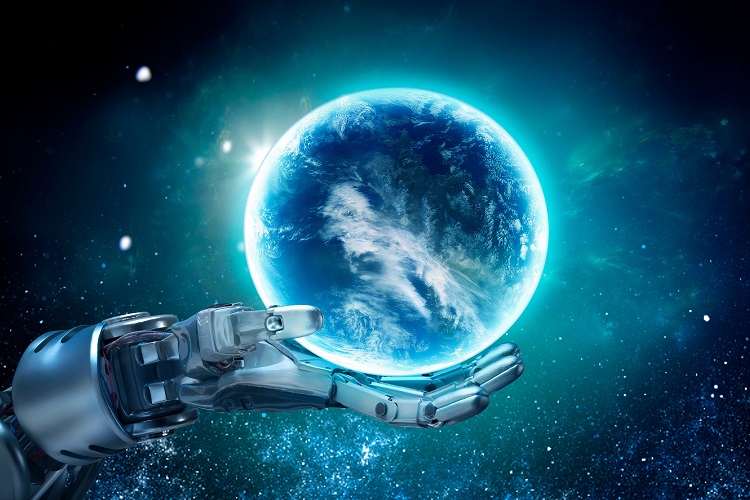 Merriam-Webster: “nanobot-a microscopically small robot: a robot built on the scale of nanometers.”

Technocracy is the engineering of civilization to make it resemble a machine in which all the parts fit. And that includes humans. It is the preferred method of Globalism-for-control.

In prior articles, I’ve detailed how Bill Gates, the World Economic Forum, and others are using the false pandemic as the rationale for leading the human race into a Brave New World. “The new normal.” “We can never go back to the way it was.” “We must have a borderless planet, global governance, and total surveillance, so we can detect epidemics more quickly and head them off before they become scourges…”

I’ve described ongoing research in nanotechnology, which would involve placing tiny sensors in the body and brain that report, in real time, physical indicators, leading to remote diagnoses of diseases and prescriptions for treatment.

However, diseases and disorders are often grossly exaggerated and, in fact, are invented fictions in many instances, at the behest of the pharmaceutical industry, to expand profits. Therefore, people would be caught inside an AUTOMATED system of sensors, crooked diagnoses, and imposed toxic treatments.

In this article, I want to extend the analysis of technocracy “in your body.” The reference is “The last mile to civilization 2.0: technologies from our not too distant future—nanobots, smart dust, 5G wireless, and smart cities,” by Jay Stanley, 12/13/2017, techspot.com. Buckle up:

“…most of today’s nanobots are actually created from algae, bacteria, DNA and other organisms already occurring in nature. Scientists and engineers discovered long ago that piggybacking on nature by controlling a biological organism is easier than building one from scratch…”

“These types of ‘nanobots’ are currently being used in humans to target cancerous tumors and can be remote controlled with magnetic pulses or ultrasound after being injected into the bloodstream near the targeted area (usually in oxygen-depleted zones) carrying some sort of drug payload.”

“Magneto-aerotactic bacteria nanobots – ‘…new nanorobotic agents capable of navigating through the bloodstream to administer a drug with precision by specifically targeting the active cancerous cells of tumours… ‘These legions of nanorobotic agents were actually composed of more than 100 million flagellated bacteria — and therefore self-propelled — and loaded with drugs that are moved by taking the most direct path between the drug’s injection point and the area of the body to cure.’…”

“Algal-based nanobots – Another remote-controlled, biodegradable, cancer-killing nanobot, this time made from spirulina algae with fluorescent and magnetic properties for tracking and controlling it to remote areas of the body.”

“DNA-based nanobots – Made of DNA, this creation is capable of performing nanomechanical tasks such as finding, carrying and sorting molecular cargo like chemicals by using their nucleotide arms, hands, legs and feet to perform tasks and move around. They’re smart enough to work alongside other bots in the same area without interfering with their tasks and it could be used to deliver medicines throughout the body, transport gene editing tools or for other programmable therapeutics.”

“Bio-based solutions represent a bulk of the nanotech in this category and scientists believe that these types of bots could eventually be programmed with as much detail as full sized mechanized robots.”

“However, researchers are also exploring nanobots made with electronics, such as ‘neural dust,’ which is perhaps best described as a Fitbit for the nervous system. Created from CMOS circuits/sensors, neural dust uses ultrasound to power a 3mm-wide implant that can wirelessly track and transmit real-time data from nerves, organs and muscles.”

There’s a bit of a blur here between what is already being deployed and what is still in the research phase, but the implication is clear: researchers are on the cusp of a radical shift in body/brain surveillance and manipulation.

The public relations campaigns always stress astonishing prospects for curing diseases; but behind that front, you can be sure the military community is heavily involved.

For example, as the techspot.com article continues: “Development of neural dust took rise with funding from DARPA [the technology branch of the Pentagon] and a 2013 UC Berkeley paper (PDF) titled ‘Neural Dust: An Ultrasonic, Low Power Solution’ conceptualizes a mature version of the technology, which could be used to create an implantable brain-machine interface [!] with ultrasonic sensors that can stimulate specific brain areas.”

“Our bodies are quite permeable by ultrasound and DARPA envisions that ultrasonically powered brain implants with biosensors may one day be used to monitor health and regulate bodily functions ranging from bladder control to the movement of prosthetic limbs, eventually enabling ‘self-healing’ of the body and mind through so-called ‘electroceuticals’.”

“Before neural dust, DARPA financed research through Berkeley in 1998 to create ‘smart dust’ — technically known as ‘microelectromechanical sensors’ (MEMS) — which is essentially an IoT device that can be placed anywhere in the environment to wirelessly monitor changes such as light, vibrations, temperature, humidity, magnetism or chemical signatures, acting as nerve-endings in an ad-hoc distributed network that provides full-spectrum intelligence.”

All this research and deployment detailed in the techspot article I’m quoting comes under the heading of: if they can do it, they will do it.

And when you see untold numbers of people obeying orders from Pandemic Central these days, you have to think many of them will go along with a program of implanting tiny bots in their bodies to “facilitate medical treatment.”

Why should these bots need to be injected? How about spraying them by the millions? Far less precise, but a “useful experiment.”

Another basic principle at work here: it’s only science fiction until it’s actually happening. A planetary lockdown was a bad sci fi thriller until it happened this year.

“Mr. Smith, our readout of your body sensors reveals you’re in a pre-infection stage of a potentially contagious disease. Your [driverless] car will transport you to a facility near your home for further testing and treatment. Get in your car now…”

“Ms. Jones, this is your GFC [Google, Facebook, Cisco] brain sensor letting you know we’re making a few changes in your neural response rate so you’ll be more alert at work. The changes will happen over the next three days. Don’t be alarmed if you notice new feelings popping up here and there…”

“Hi Fred, this is your BMI [brain machine interface]. To prep you for your new job category, we’ll be downgrading your adrenaline levels…”

Of course, none of this has to be communicated. It can simply be DONE.

Technocratic dictatorship doesn’t need permission. It’s “science,” so it must be true, important, and necessary.

Unless and until people REVOLT.

This article (Technocracy inside your body: not science fiction) was originally created and published by Jon Rappaport’s Blog and is re-posted here with permission.