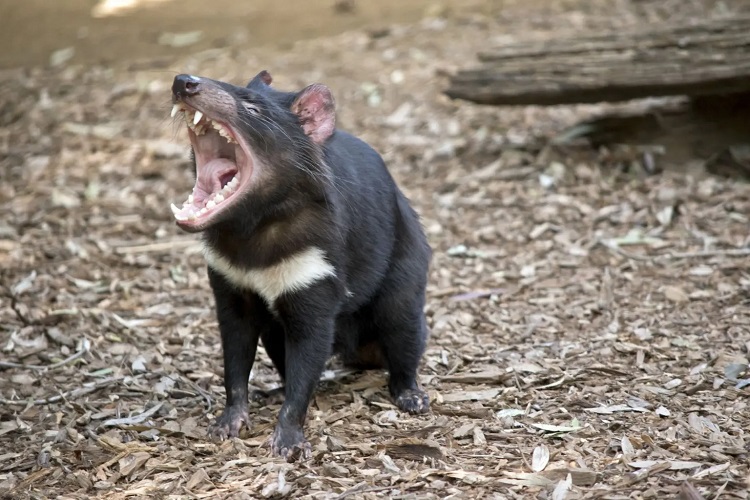 Tasmanian devils have not inhabited mainland Australia for over 3,000 years, but the species has recently been reintroduced the continent. 26 of the animals have been released into a wildlife sanctuary just north of Sydney over the past month. The wildlife sanctuary is nearly 1000 acres and home to a variety of different endangered species.

Tim Faulkner, president of Aussie Ark, an Australian NGO that has been working to save Tasmanian devils for over ten years, believes that this is the beginning of the repopulation of the species on the continent.

“In 100 years, we are going to be looking back at this day as the day that set in motion the ecological restoration of an entire country. Not only is this the reintroduction of one of Australia’s beloved animals, but of an animal that will engineer the entire environment around it, restoring and rebalancing our forest ecology after centuries of devastation from introduced foxes and cats and other invasive predators,” Faulkner said.

Tasmanian devil populations have been struggling due to a contagious form of cancer known as Devil Facial Tumor Disease (DFTD), which has killed about 90% of the specie’s population. Researchers estimated that there are only about 25,000 Tasmanian devils left in the wild.

The team will keep track of the animals using radio collars, camera traps, and regular surveys.

The Tasmanian devil became the largest carnivorous marsupial in the world following the extinction of the thylacine in 1936. It is not entirely clear why the animals disappeared from Australia, although it is widely believed that perhaps they were preyed upon by dingoes, and were able to survive in Tasmania because there are no dingoes on the island, but this is still disputed by researchers.