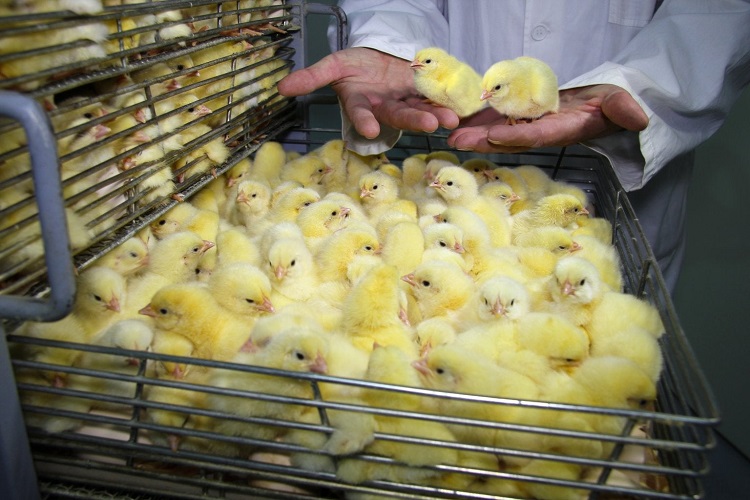 Because male chicks are incapable of laying eggs when mature, commercial egg farms around the world often dispose of them by shredding. In late 2019, the controversial practice was banned in Switzerland. The move is due to progress in techniques to determine chicks’ gender in the egg.

According to AP News, the ban went into effect on January 1, 2020. Although the government says the practice of putting live chicks through a lethal “mechanical procedure” has been used by relatively few hatcheries., chick culling through maceration is now banned.  Killing chicks by carbon dioxide is still allowed, however.

The government added that methods to determine chicks’ gender in the egg are not yet widely available. However, several companies and universities are working hard to invent a “commercial method.”

Interested in learning more about chick culling? Watch the video (NSFW) below:

The process entails killing newly hatched hicks for the intensive animal farming industry. Shortly after being sexed, the chicks are put through a high-speed grinder, simply because they do not lay eggs and, therefore, are not profitable to companies.