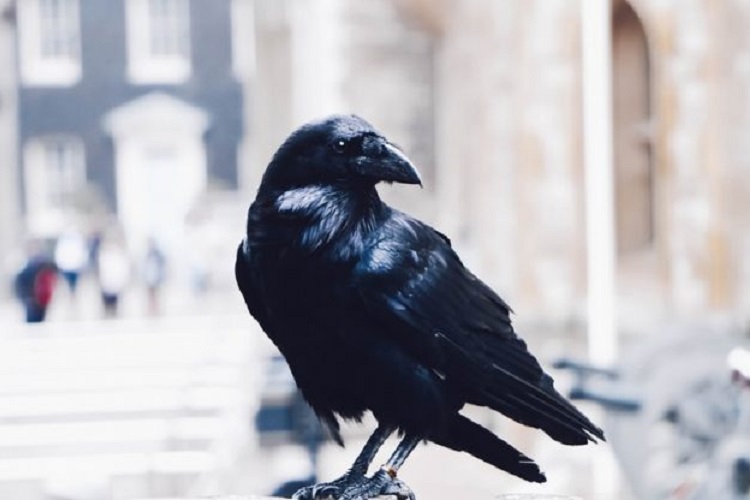 Consciousness is one of the greatest mysteries in the universe and humans are still in the dark on a wide range of related scientific questions, but a new paper is presenting a fascinating plot twist in the story of conscious perception on Earth. Based on the first experimental study of its kind, the authors suggest that crows experience conscious perception and subjective awareness in ways that are neurologically similar to humans and non-human primates.

The results of the new study provide the first experimental neurological data suggesting that crows – and, presumably, other birds and non-primate animals – are capable of vastly more complex cognitive processes than previously believed.

The lead author of the study, Andreas Nieder, says:

“The results of our study opens up a new way of looking at the evolution of awareness and its neurobiological constraints.”

Nieder and his neuroscience research team at the University of Tübingen conducted the study by measuring the brain signals of corvid songbirds as they received visual sensory input and simultaneously documenting their behavior. The results, which stunned the scientists, demonstrated the birds experience a form of conscious perception that was previously considered the domain of humans and other primates.

“Nerve cells that represent visual input without subjective components are expected to respond in the same way to a visual stimulus of constant intensity,” Nieder explains. “Our results, however, conclusively show that nerve cells at higher processing levels of the crow’s brain are influenced by subjective experience, or more precisely, produce subjective experiences.”

The reason the results were so surprising is that birds have very different brain structures than humans and non-human primates, who have a cerebral cortex. Until now, many scientists have considered the cerebral cortex the main mechanism for the production of strong subjective experiences. While crows and other corvid birds have demonstrated cleverness and the ability to solve puzzles, they were not thought to subjectively analyze the external world.

Brain scans from the new experiment suggest otherwise and, according to Nieder, this could have ramifications for how we study the origins of consciousness on Earth and its evolution across a wide variety of species.

“The last common ancestors of humans and crows lived 320 million years ago,” the neurobiologist states. “It is possible that the consciousness of perception arose back then and has been passed down ever since…the capability of conscious experience can be realized in differently structured brains and independently of the cerebral cortex.”

The finding could alter how we view the evolution of consciousness. Some scientists believe that there may have been multiple different forms of sentient awareness that developed independently across the world in different species.

In addition to bolstering the study of consciousness in non-human species, the work could help change the way we view animals in general, as we learn that they have their own universe of perception, replete with their own subjective feelings and reactions.

At the very least, the phrase “bird brain” may be on the chopping block.