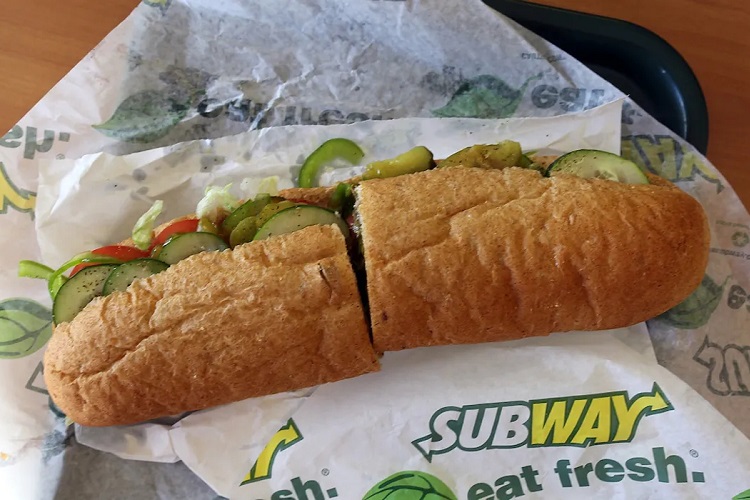 At least that’s what Ireland’s Supreme Court ruled Tuesday after an Irish Subway franchise tried to get out of paying value added tax (VAT) on its foodstuffs. The franchise, Bookfinders Ltd, argued that its bread was a staple food and should therefore be exempt from the tax, The Guardian explained. But Ireland’s Value-Added Tax Act of 1972 has a very clear definition of bread: It can’t contain more sugar than 2 percent of the weight of flour in its dough.

Subway’s bread, however, contains five times more sugar than that.

“In this case, there is no dispute that the bread supplied by Subway in its heated sandwiches has a sugar content of 10% of the weight of the flour included in the dough, and thus exceeds the 2% specified in subpara,” the court ruled.

In fact, a six-inch Subway roll contains the same amount of sugar as two digestive cookies and slightly less than a Big Mac bun, The Guardian calculated.

Subway pushed back against a literal interpretation of the ruling and said it was reviewing the decision.

“Subway’s bread is, of course, bread,” the U.S. company said in a statement reported by NPR. “We have been baking fresh bread in our restaurants for more than three decades and our guests return each day for sandwiches made on bread that smells as good as it tastes.”

The case came about when Bookfinders appealed a 2006 decision by the Revenue Commissioners not to refund it for VAT it had paid between 2004 and 2005, The Irish Independent reported. Bookfinders had been taxed at a rate of 9.2 percent but argued it should have been taxed at zero percent because it was selling staples. By ruling Subway’s “bread” was too sweet to be a staple, the court rejected the franchise’s appeal.

This is not the first time the content of Subway’s sandwich bread has caused controversy. In 2014, the sandwich chain was the target of a petition urging it to stop using azodicarbonamide in its bread, Food & Wine pointed out. Azodicarbonamide is a chemical used to whiten flour and condition dough, but it is also used in yoga mats and fake leather. It is still approved for culinary use by the U.S. Food and Drug Administration, but is banned from food in Australia and the EU.

Subway decided six years ago to honor the petition and ditch the ingredient.

“Even though this ingredient is safe, we are removing it from Subway bread,” the company said at the time.