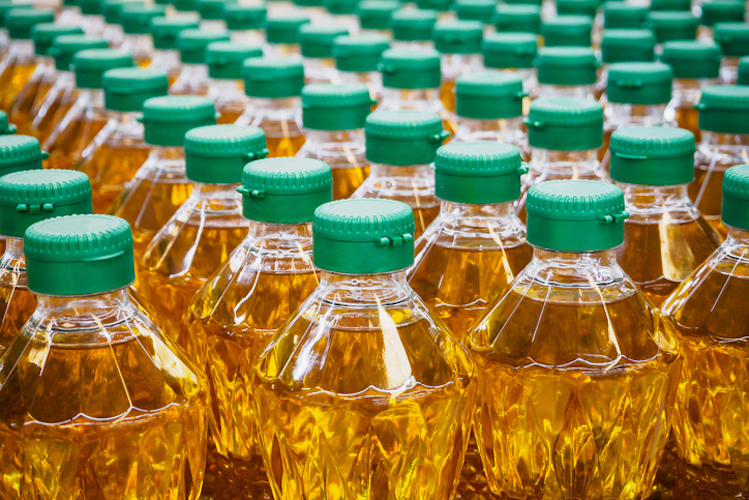 Far worse than the biologic damage caused by refined sugar is the molecular havoc caused by processed vegetable oils. Soybean oil in particular has a questionable safety profile for several reasons, and processed foods are positively loaded with it.

Whether partially hydrogenated, organic or genetically modified to be low in linoleic acid, soybean oil can cause dysfunction at a cellular level. Unfortunately, many health authorities have insisted omega-6-rich vegetable oils like soybean oil are healthier than saturated animal fats such as butter and lard, and this myth has been a tough one to dismantle, despite the evidence against it.

An estimated 94% of the soybeans grown in the U.S. are genetically engineered (GE) to tolerate herbicides, primarily glyphosate (the active ingredient in Monsanto/Bayer’s Roundup), which cannot be washed off. As a result, most soybean-based products are contaminated with glyphosate, which compounds their toxicity.

Most recently, research published in the journal Endocrinology warns soybean oil — the most widely consumed cooking oil in America — can cause neurological and metabolic changes associated with:

However, in the study released this month, researchers did not find any difference between the modified and unmodified soybean oil’s effects on the brain. Specifically, the scientists found pronounced effects of the oil on the hypothalamus, where a number of critical processes take place.”

Your hypothalamus is a key regulator of homeostasis and metabolism in your body, and also plays a role in your stress response and hormone regulation.

According to the authors, the soybean diets (both conventional and GE), caused dysfunction in about 100 different genes in the hypothalamus, including one that is responsible for producing oxytocin, colloquially known as “the love hormone,” which has beneficial effects on your heart.

Other dysregulated genes included ones associated with “inflammation, neuroendocrine, neurochemical and insulin signaling.” The coconut oil diet had “negligible effect.”

The fact that GE soybean oil that is designed to be low in omega-6 linoleic acid had similar effects as conventional high-linolenic acid soybean oil effects suggests linoleic acid isn’t the problem, as previously suspected. The study also ruled out another suspected soybean chemical, stigmasterol, as coconut oil enriched in stigmasterol had no ill effects.

The team will continue their investigation in an effort to identify the real culprit behind these genetic effects. In the meantime, co-author Poonamjot Deol, an assistant project scientist at the University of California Riverside, urges people to “reduce consumption of soybean oil.”

Fermented organic soy, on the other hand, has a number of important health benefits, and are the only soy products I recommend eating. Healthy options include:

While the featured Endocrinology study was unable to identify the exact soy compound responsible for the genetic damage, there are many plant chemicals found in soy that are capable of causing problems, including:

If you need yet another reason to reconsider your consumption of soybean oil, consider this: In addition to having an unhealthier nutritional profile than organic soybeans, Roundup Ready GE soy has been shown to contain high amounts of glyphosate.

According to a 2014 study published in Food Chemistry, which looked at the compositional differences between various types of soybeans, glyphosate readily accumulates in Roundup Ready soybeans, and GE soybeans contained a mean glyphosate residue level of 3.3 milligrams per kilo. The most contaminated samples contained as much as 8.8 mg of glyphosate per kilo.

Meanwhile, a 2010 study in the journal Chemical Research in Toxicology found malformations in frog and chicken embryos occurred at 2.03 mg of glyphosate per kilo. The malformations primarily affected the face, skull, brain and spinal cord. According to this study:

“Organic soybeans showed the healthiest nutritional profile with more sugars, such as glucose, fructose, sucrose and maltose, significantly more total protein, zinc and less fiber than both conventional and GM-soy.

Using 35 different nutritional and elemental variables to characterize each soy sample, we were able to discriminate GM, conventional and organic soybeans without exception, demonstrating ”substantial non-equivalence” in compositional characteristics for ‘ready-to-market’ soybeans.”

It’s important to realize that once applied to crops, glyphosate actually becomes integrated into the cells of the plant, so it cannot be washed off. And, while the chemical industry is still defending the safety of glyphosate, mounting research suggests it can harm health in a number of different ways.

Importantly, the chemical has been shown to decimate beneficial gut bacteria. Glyphosate has also been shown to cause DNA damage and to act as an endocrine disruptor. For an overview of how glyphosate’s impact affects your health, see “Roundup May Be Most Important Factor in Development of Chronic Disease.”

To recap, there are several potential health hazards of soybean oil to consider, either alone or in combination:

If you want to avoid dangerous fats of all kinds, your best bet is to eliminate processed foods from your diet. My comprehensive nutrition plan offers helpful guidance for this process.

When cooking, coconut oil, butter, lard and ghee are healthy options. Also be sure to swap out margarines and vegetable oil spreads for organic butter, preferably made from raw grass fed milk. Butter is a healthy whole food that has received an unwarranted bad rap.

Other healthy fats to include in your diet are avocados, raw dairy products, olive oil, olives, organic pastured eggs and raw nuts. To further balance your omega-3 to omega-6 ratio you may also need a high-quality source of animal-based omega-3 fat, such as krill oil, if you’re not in the habit of eating small, fatty fish such as sardines, anchovies and mackerel, and/or wild caught Alaskan salmon.