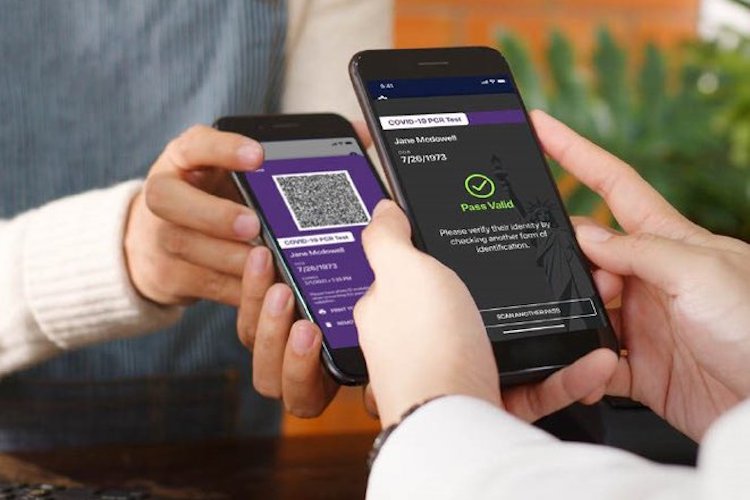 All over the world, the hot-button subject of the moment is the Covid vaccination. Many governments discuss making it mandatory, a terrifying concept for people who believe that the vaccine is unsafe. But perhaps even more appalling are the shocking things that people are saying about those who are unvaccinated.

I hope that when you read these comments, whatever side of the debate you are on, you stop and think about your humanity. If this were done to any other group of people, it would be considered hate speech. Because the mainstream media and the narrative are tightly controlled right now, this isn’t just thought of as acceptable but a signal of superior virtue.

The danger of “othering”

We already talked about how people would be “encouraged” to get the vaccine through a loss of liberty “privileges.” By now, those eager to get the vaccine have done so. Also, those with valid reasons (like loss of income) have also gotten the jab. Therefore, holdouts who remain adamant they won’t get the vaccine are now being exposed to a whole new level of “encouragement” via extreme social pressure.

A phenomenon called “othering” is used in both the violence dynamics world and in brainwashing. Othering is when a person determines that another person is unworthy, threatening, or all-around inadequate and hardly even the same species.

Othering is a process whereby a group of people is made to seem fundamentally different, even to the point of making that group seem less than human. This process can trigger instinctive emotional reactions towards members of that group. In many instances, othering has been used to degrade, isolate, and render possible a group’s discrimination, abuse, or persecution. (source)

Those who don’t learn from history…

As the saying goes, those who don’t learn from history are doomed to repeat it. And repeat it, they are. I think, regardless of our stance, we can all agree that fervently wishing for bad things to happen to those who believe differently and dehumanizing them for their beliefs is pretty awful.

People have come out with appalling suggestions for those who aren’t vaccinated.

Don Lemon of CNN believes the unvaccinated should not be allowed to buy food or work. Does this mean he believes that they should starve to death?

If you had any doubt, Lemon also thinks people who are unvaccinated are idiots.

CNN medical analyst Dr. Jonathan Reiner says that unvaccinated people shouldn’t go to bars and restaurants. A doctor pondered the ethics of whether he could refuse to see unvaccinated patients in The New York Times.

Dr. Anthony Fauci, the nation’s Big Kahuna of Covid, blames those not vaccinated for a new spike in cases.

“We have 100 million people in this country … who are eligible to be vaccinated, who are not vaccinated,” Fauci said in an interview with “Face the Nation.” “We’ve really got to get those people to change their minds, make it easy for them, convince them, do something to get them to be vaccinated because they are the ones that are propagating this outbreak.” (source)

Columnist Leana Wen of Washington Post believes the unvaccinated are dishonorable. Wen called upon the CDC to mandate masks for everyone because of it.

We need a return to indoor mask mandates not because the vaccinated are suddenly a problem, but because we don’t trust the unvaccinated to do the right thing voluntarily. It’s not a commentary about the effectiveness of the vaccine or even the trickiness of the delta variant, but rather about the failure of unvaccinated Americans to fulfill their societal obligation to act in the interest of everyone’s health.

When the CDC issued its mask guidance two months ago, it got the science right but got the policy and communication wrong. And it has happened again. The Biden administration should clarify that the backsliding of the United States’ pandemic progress necessitated the return of indoor masking. This has happened because of those who choose to remain unvaccinated, and the vaccinated are now paying the price. (source)

Alabama Governor Kay Ivey wants everyone to blame the unvaccinated for any cases of Covid that happen to occur.

That’ll really be helpful if someone unhinged loses a loved one to Covid and decides to seek vengeance on some “unvaccinated folk.” After all, the governor said it was their fault.

How far should “blame” be allowed to go?

Speaking of which, Nick Cohen of The Guardian said that it was only a matter of time before “we turn on the unvaccinated.”

The vindictive will start to describe Covid as a sickness of choice. Its victims will be victims of their own stupidity. They might have accepted vaccination. They might have protected themselves and others if, as seems likely, vaccines limit infections.

Rational people will ask why they should continue to accept restrictions on their freedoms because of ignorant delusions. Employers will demand to know what possible argument there is against allowing the owners of pubs, airlines, restaurants, hotels or holiday homes to demand proof of protection when immunity passports might save their business. To make it personal, how would you feel come the autumn if someone you love contracted cancer and the NHS delayed treatment because it had to look after needlessly ill Covid patients? (source)

Dr. William Schaffner, a professor in the Division of Infectious Diseases at Vanderbilt University Medical Center, says that unvaccinated people are “variant factories.”

Andy Slavitt, a former medical advisor for President Biden, believes that anyone unvaccinated should be required to be tested daily at their own expense until they finally give in.

“Look, if people say they don’t want to be vaccinated, which some people might say, I think it’s perfectly reasonable to say that’s fine,” Slavitt told Anderson Cooper. “We want you to show up every morning an hour before work and get a negative test. Maybe even at your own expense.”

Slavitt continued, “Until the point where people will say, you know what? It makes more sense to actually get vaccinated. If you give people that option, I think you’re going to see more and more people take the option to get vaccinated.” (source)

Some employers are docking peoples’ paychecks, according to Forbes.

…But the carrot approach is about to be joined by a stick that could cost employees up to $50 a month, according to Mercer, the large employee benefits consultancy that works with thousands of employers around the world.

“Employers have tried encouraging employees to get vaccinated through offering incentives like paid time off and cash, but with the Delta variant driving up infections and hospitalizations throughout the country – at the same time that vaccination rates have stalled – we have received inquiries from at least 20 employers over the past few weeks who are giving consideration to adding health coverage surcharges for the unvaccinated as a way to drive up vaccination rates in their workforce,” said Wade Symons, Mercer’s regulatory resources group leader.  (source)

Wesleyan College in West Virginia is charging an even more outrageous amount.

The college recently released it’s [sic] campus arrival guidance for the fall. It states that students who aren’t vaccinated will be charged a non-refundable $750 COVID fee for the Fall 2021 semester. It also states that students who get COVID-19 and are unable to quarantine off campus will be charged $250 to finish their quarantine on campus. (source)

Sanctimonious pundit Piers Morgan of England tweeted that people who don’t get the vaccine should be denied medical care.

“Those who refuse to be vaccinated, with no medical reason not to, should be refused NHS care if they then catch covid. I’m hearing of anti-vaxxers using up ICU beds in London at vast expense to the taxpayer. Let them pay for their own stupidity & selfishness.”

Those who refuse to be vaccinated, with no medical reason not to, should be refused NHS care if they then catch covid. I’m hearing of anti-vaxxers using up ICU beds in London at vast expense to the taxpayer. Let them pay for their own stupidity & selfishness.

Umm…considering that the UK has government healthcare – it’s already at their own expense, Piers.

They want to literally ruin the lives of the unvaccinated.

The only reason employers cannot (yet) legally force people to be vaccinated as a term of employment is that none of the vaccines have gained more than temporary FDA approval. None of them. Once the vaccines are FDA-approved, you can bet your sweet bootie it will be a requirement in many workplaces.

Pam Keith, an attorney from Florida suggests that the unvaccinated be denied access to any federal benefits…including things they’ve paid into their entire working lives like Social Security.

“Here’s a good way to move people into getting vaccinated: Condition all federal benefits on proof of vaccination. That includes Social Security, Medicare, Medicaid, military pensions, VA benefits, fed subsidized housing… ALL OF IT! I bet THAT will move things along.”

Here’s a good way to move people into getting vaccinated:

Condition all federal benefits on proof of vaccination.

I bet THAT will move things along.

Wow. What a lovely lady.

Other “tolerant” people chimed in eagerly with replies containing all sorts of other ideas for punishing the unvaccinated:

What a bunch of stellar human beings. Imagine walking around thinking these things are justified. Imagine having that much hatred and disdain for those who don’t share your opinion.

Seeing our country at each other’s throats yet again is heartbreaking. The rabid contempt for those who think differently can lead nowhere good. For those who believe we should all get vaccinated or not, are you okay with this kind of dehumanization? For those who are not planning to get the vaccination, have you faced any discrimination yet? Share your thoughts on this divisive behavior in the comments.

Daisy Luther is a coffee-swigging, globe-trotting blogger. She is the founder and publisher of three websites.  1) The Organic Prepper, which is about current events, preparedness, self-reliance, and the pursuit of liberty on her website, 2)  The Frugalite, a website with thrifty tips and solutions to help people get a handle on their personal finances without feeling deprived, and 3) PreppersDailyNews.com, an aggregate site where you can find links to all the most important news for those who wish to be prepared. She is widely republished across alternative media and  Daisy is the best-selling author of 5 traditionally published books and runs a small digital publishing company with PDF guides, printables, and courses. You can find her on Facebook, Pinterest, Gab, MeWe, Parler, Instagram, and Twitter. She is also the author of Be Ready for Anything and The Prepper’s Workbook.