Sanctuary Cities: A Battle Over the Second Amendment is Unfolding Across America 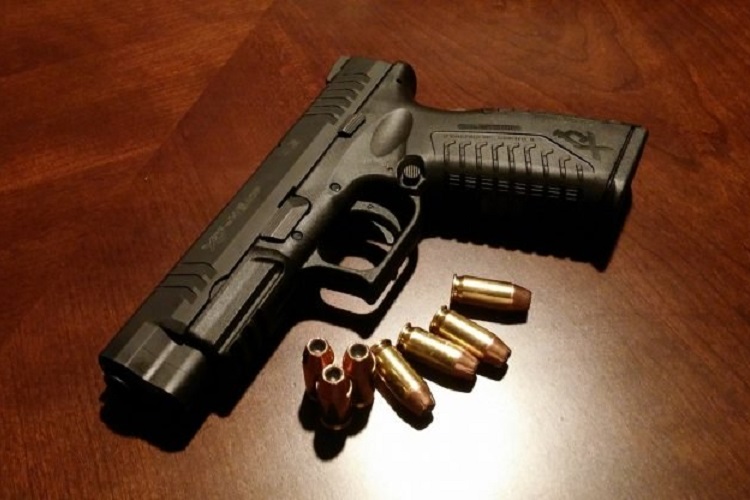 As the 2020 Virginia legislative session began, Democratic Governor Ralph Northam and fellow Democrats continued their push for new gun control bills. In the months since a May 2019 shooting left 12 people dead and four others injured at a Virginia Beach municipal building, Democratic politicians have repeatedly expressed their desire to implement new restrictions such as universal background checks, a ban on certain weapons, and controversial red flag laws.

However, the calls for gun restrictions have not been welcomed by all Virginians. Instead, the push for more gun control has sparked a movement that has expanded across Virginia and continues to grow in other states including California, Illinois, Colorado, New Mexico, and Florida.

The so-called Second Amendment “sanctuary city” movement takes it’s name from previous resolutions introduced by opponents of hard line immigration policies. These sanctuary cities are defined as a city (or a county, or a state) that limits its cooperation with federal immigration enforcement agents in order to protect low-priority immigrants from deportation, while still turning over those who have committed serious crimes.

In a similar fashion, supporters of Second Amendment sanctuary cities are now asking local law enforcement to refuse to comply with orders from the state regarding gun control.

In Virginia, home to the National Rifle Association headquarters, the sanctuary city movement came as a response to Democrats promising new gun laws after they took control of both chambers of the Virginia Legislature in the 2019 election. For example, Delegate Dan Helmer recently introduced House Bill 567, which would prohibit indoor shooting ranges in any building not owned or leased by the Commonwealth of Virginia or the federal government. To be exempt from the bill a range would need to have fewer than 50 employees working in the building or 90% of users must be law enforcement employees. The bill would also require users to present a government photo identification card, and ranges must maintain a log of each user’s name, phone number, address, and the law-enforcement agency where users are employed.

If passed, the bill could lead to the closing of a number of indoor shooting ranges across the state, with government and law enforcement employees being the only legal users of indoor ranges.

The Virginia Citizens Defense League has been leading the fight to introduce resolutions that declare local officials will oppose any “unconstitutional restrictions” on the Second Amendment right to bear arms. So far 86 of Virginia’s 95 counties have passed sanctuary city measures. In late December, Virginia Attorney General Mark Herring issued an opinion statement, alleging that the resolutions are “part of an effort by the gun lobby to stoke fear” and will “have no legal effect.”

Democratic Virginia Rep. Donald McEachin told the Washington Examiner that Governor Northam could cut off state funds to local bodies that refuse to comply to new gun control laws and could call in the National Guard to enforce the laws, if necessary. Although Northam has said he has no plans to call in the National Guard, the statement by McEachin has already caused backlash.

On December 30, Virginia Delegate Dave LaRock sent a letter to Governor Northam asking him to deescalate the situation after LaRock received a letter from Michaela Claywell, a Virginian and wife of an active-duty Virginia Guardsman. Claywell told LaRock that she has witnessed threats of violence being made against Guardsman on social media.

“I have written a letter to Governor Northam asking him to meet with the wives of the Virginia Guard officers to explain how he specifically plans to take immediate action to deescalate this situation,” LaRock stated. “I have been told by Michaela that this situation is harming careers and undermining the safety and peace-of-mind of families across Virginia.”

The social media threats come as a direct response to the notion that Guardsman would be called upon to enforce gun control laws being proposed in the 2020 session. Mrs. Claywell and a number of wives of high-level officers in the Virginia National Guard are calling on Governor Northam and other state and federal officials to calm the situation.

“Please use your collective influence to protect our soldiers and our families,” Claywell wrote.

While the state of Virginia grapples with how to move forward during these challenging times, the Second Amendment sanctuary city movement is only growing. The movement started to pick up pace in April 2018 after one of the first resolutions was passed in Effingham County, Illinois. David Campbell, a member of the Effingham County Board, told the Epoch Times that his county’s state attorney and sheriff have said they will not prosecute law-abiding citizens.

“It all started right there, and then it just blossomed. I think we are into 15 states now,” Campbell stated. “I get calls constantly from other states and from other counties wanting a copy of our resolution and a map of how we did it.”

So far 70 of Illinois’s 102 counties have passed some form of Second Amendment sanctuary resolution. The movement is showing no signs of slowing down as it spreads across the states of Kansas, California, Colorado, New Mexico, Illinois, and Virginia.

**This article (Sanctuary Cities: A Battle Over the Second Amendment is Unfolding Across America) was originally published at The Mind Unleashed and is re-posted here with permission.**