Russian Mining Giant Admits to Polluting the Arctic With Wastewater 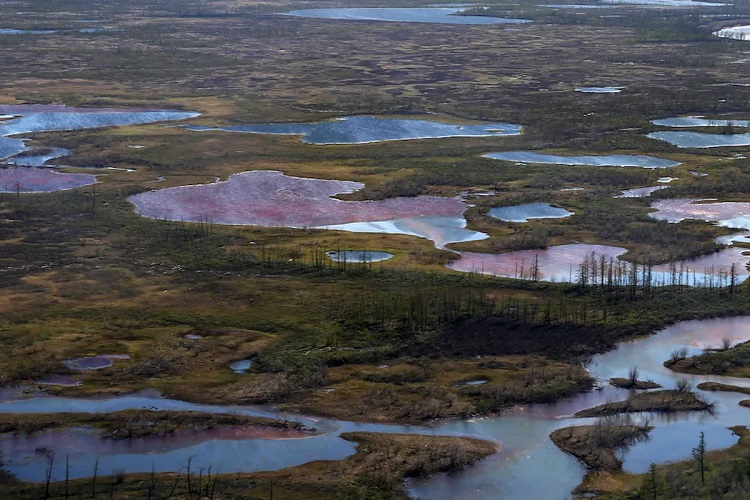 Russia’s Norilsk Nickel ran into trouble earlier this month when one of its subsidiaries accidentally spilled 21,000 tons of diesel that ended up polluting a pristine Arctic lake. Now the company admits that it has been dumping wastewater into the Arctic tundra, as Agence-France Press, (AFP) reported.

The metallurgical giant said on Sunday that it had taken steps to suspend the workers who dumped the wastewater, saying that their actions were in “flagrant violation of operating rules,” according to AFP.

The company issued the statement just hours after the Novaya Gazeta video surfaced that showed water tainted with heavy metals from the tailings at a nickel-processing plant were being pumped into a river, according to The Associated Press.

As Deutsche-Welle reported, when investigators arrived at the scene, the pipes were “hastily” removed, and a car that had delivered officials to the scene was partly squashed by a heavy earthmoving machine. Nobody was injured in the accident that crushed part of the car.

Before the time when investigators arrived, 6,000 cubic meters of liquid had been dumped over “several hours,” reported the Russian news agency Interfax, according to Deutsche-Welle. It was impossible to tell how far the wastewater had dispersed.

The incident occurred at the Talnakh enrichment plant near the Arctic city of Norilsk, the company said, as Al-Jazeera reported. This incident is just one month after the unprecedented fuel leak led President Vladimir Putin to declare a state of emergency.

The journalists who investigated the area claimed the factory deliberately sent the wastewater into wildlife areas and then hastily removed their pipes when they caught wind of investigators and emergency services arrived on the scene. That hasty removal led to the accident that dropped machinery on an investigator’s car, according to Al-Jazeera.

The Investigative Committee, which probes serious crimes, said it had received reports of “unauthorized dumping of liquid waste into the tundra” on the site of the facility, and had opened an inquiry.

According to the AFP, Russia’s natural resources agency said the decision to remove water from the reservoir was taken to avoid an emergency after heavy rains and recent tests had caused water levels to increase dramatically. The local emergency services in a statement said the wastewater was unlikely to reach the nearby Kharayelakh River.

A similar statement was made by Norilsk Nickel spokeswoman Tatiana Egorova who said on Sunday that employees at the factory had pumped out “clarified water” and that an internal investigation was under way.