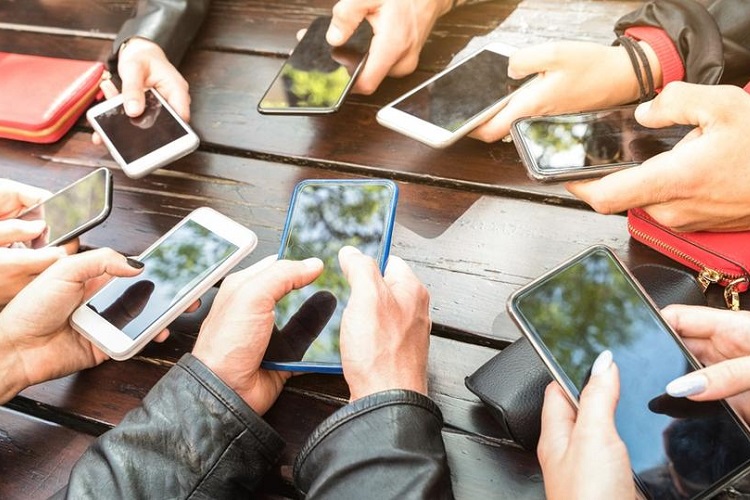 Vermont — In the land of the free, you can join the military, get shipped off to war, have both of your legs blown off—for your country—all at the age of 18. However, in December, TFTP reported that if you try to smoke a cigarette or use tobacco in that same land of the free, at this age, you will now be prosecuted by the law. As if this “age tyranny” wasn’t enough, lawmakers are now proposing a bill that would make cellphone use for anyone under 21 years of age a crime.

Rest assured that the tyrants attempting to take away your access to information are doing so “for your safety.” Democratic Sen. John Rodgers (Essex-Orleans) claims that cellphones are turning kids into terrorists and corrupting their minds. So, the only option is to kidnap and cage children who dare access a cellphone.

The bill, S.212, would make the possession of a cellphone punishable by up to one year in prison, a $1,000 fine, or both. Sounds like they are standing by their state motto of “Freedom and Unity” to me!

“The Internet and social media, accessed primarily through cellphones, are used to radicalize and recruit terrorists, fascists, and other extremists. Cell phones have often been used by mass shooters of younger ages for research on previous shootings,” the bill reads.

It then goes on to state that cellphones aren’t the only thing people under 21 shouldn’t possess, but they shouldn’t have firearms, cigarettes, or alcohol either.

While this bill sounds like something out of a movie, it is real. However, Rodgers says he proposed it to make a point, even stating that he knows it won’t pass.

Rodgers thinks that cellphones are more dangerous than guns and he’s using this bill to make his point. His ignorance is illustrated by the fact that neither cellphones nor guns are dangerous unless they are used by those who wish to do harm. Both cellphones and guns are incredibly powerful tools. Guns have increased the quality of life and leveled the playing field for citizens and cellphones have increased the flow of information for humans like we’ve never seen.

Nevertheless, clueless politicians like Rodgers make a mockery of the system in which they collect a paycheck, just to get their silly opinion across.

“There are so many critical issues impacting the lives of working families in Vermont today, from increasing minimum wage to implementing equitable family and medical leave insurance programs to establishing an office of child advocate. We urge the Legislature to focus on the important work at hand instead of getting tied up in hollow diversions,” said Michelle Fay, the executive director of Voices for Vermont’s Children, an organization based out of Montpelier that promotes public policy that enhances the lives of children and youth in the state.

According to the Times Argus, she said in an interview last week there’s no question technology plays a role with children treating each other badly, but isolating cellphones doesn’t seem to make sense because they will still be able to use computers.

“It feels like a reach, for sure,” she said.

We agree. Attempting to stop the problem of harmful information flow by threatening jail time for using tools is little more than tyranny. Computers, cellphones, guns….all of these are just tools that make our lives easier, with the cellphone vastly increasing our access to information—which is a good thing.

For decades, the world was tricked by slick establishment propagandists like Rodgers, who wrote their version of heroic history and information. Tyrants were painted as saviors; mass murderers hailed as great discoverers. The world was kept in a dark age of control and manipulation by the information controllers.

However, there was one thing that these keepers of information didn’t count on — the internet.

The internet, like the printing press of the 15th century, revolutionized the dissemination of information. With the internet came the instant and immediate access to any information, distance was no longer a barrier to communication, and the alternative media was born. Instead of millions of people getting info, it was now billions.

Access to this ever-expanding, limitless amount of information can now all be accessed by a device that fits in your pocket—your cellphone.

Thanks to the massive spread of this information, people are waking up to atrocities worldwide. While there will always be bad actors using tools to cause harm, removing the tool to prevent the bad actor will do nothing except deal a blow to liberty and punish law abiding citizens.