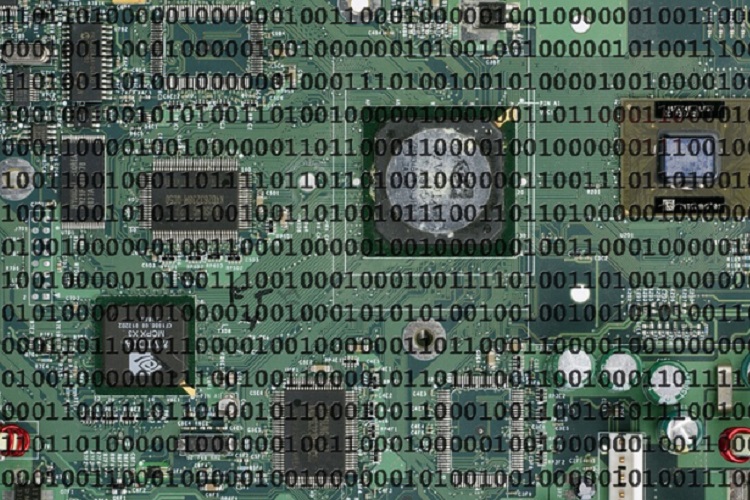 “Quantum” may possibly have been one of the most common words we’ve been reading, listening to, and even writing about last year—and there is a big reason for that… quantum is no longer the future, quantum is now.

Physicists have been able to demonstrate quantum teleportation between two computer chips for the first time.

A few years ago, we were just beginning to understand the main aspects of quantum physics. Even Albert Einstein died not agreeing with a lot of the theories enclosing this new world for physics because in some aspects it was not “matching” the special relativity theory (that’s one of the reasons why the “theory of everything,” explaining how everything was created in a physical perspective hasn’t been published yet).

But not understanding everything about quantum physics doesn’t mean we can’t take advantage of its amazing properties, one of them being entanglement. Entanglement describes how when a pair or group of particles is generated, interact, or share spatial proximity and the quantum state of each particle cannot be described independently, this is one of the fundamental contrasts between classical and quantum physics.

Scientists from the University of Bristol, in collaboration with the Technical University of Denmark (DTU), have successfully developed chip-scale devices that are able to exploit the application of quantum physics by generating and manipulating single particles of light within programmable nano-scale circuits.

These chips encode quantum information in light generated inside the circuits and can process information with high efficiency and extremely low noise. This could be translated into an ability to create more complex quantum circuits that nowadays are required in quantum computing and communications, that in the present, are the most powerful supercomputers that exist.

Quantum teleportation offers quantum state transfer of a quantum particle from one place to another by utilizing entanglement. Establishing this entangled communication in the lab was not easy stuff.

“We were able to demonstrate a high-quality entanglement link across two chips in the lab, where photons on either chip share a single quantum state,” Bristol Co-author Dan Llewellyn said.

“Each chip was then fully programmed to perform a range of demonstrations which utilize the entanglement… the flagship demonstration was a two-chip teleportation experiment, whereby the individual quantum state of a particle is transmitted across the two chips after a quantum measurement is performed. This measurement utilizes the strange behavior of quantum physics, which simultaneously collapses the entanglement link and transfers the particle state to another particle already on the receiver chip.”

“Based on our previous result of on-chip high-quality single-photon sources, we have built an even more complex circuit containing four sources… all of these sources are tested and found to be nearly identical emitting nearly identical photons, which is an essential criterion for the set of experiments we had performed, such as entanglement swapping.”

The results showed efficiency in the quantum teleportation of 91 percent and other important features such as entanglement swapping used for quantum repeaters and networks and four-photon GHZ states, required in quantum computing and quantum internet.

These developments are predicted to have immense impacts on modern society, quantum physics is here to stay.