Physicists Are Building a Quantum Teleporter Based on Black Holes 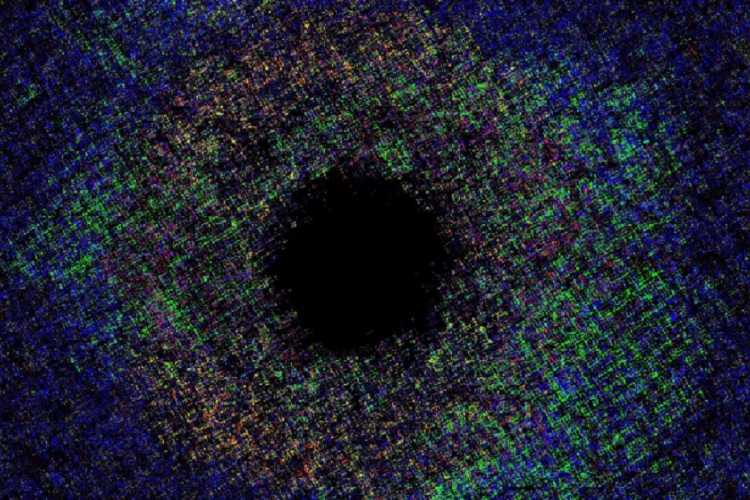 A team of physicists plan to build a functional teleporter that aims to work like a bridge across two points in space using a simulation of two quantum entangled black holes utilizing quantum circuitry.

University of Maryland researchers Christopher Monroe and Brian Swingle told Quanta they believe they can build quantum circuitry that would function similar to entangled black holes.

According to theoretical research from a few years back, two fully-entangled black holes should be able to transmit quantum information between them—rather than destroying it—after it passes one’s event horizon, Quanta Magazine reports.

Essentially these black holes would recreate a phenomenon called quantum teleportation, which engineers utilize when they build quantum computers. Basically quantum computing involves transmitting encrypted information from one machine to another.

According to earlier models, the circuitry would perform exactly how a tiny black hole might, Quanta reports. In other words, the experiment isn’t just attempting to recreate a black hole’s activity, it wants the circuits to be indistinguishable from the real thing!

If the project works as intended, the physicists would be able to input quantum information into one “black hole” circuit, which would scramble and then consume it. After a while, that information would pop out of the second circuit, already unscrambled and decrypted. However, what sets it apart from existing quantum teleportation methods, Quanta reports, is the transmitted information surfaces fully scrambled and then needs to be decrypted, making the process take longer and ends up being less accurate as an error-prone quantum computer tries to recreate the original communication.

If the researchers are successful, this will drastically improve quantum computing technology including the Internet. Recreating and entangling the properties of black holes, University of California, Berkely researcher Norman Yao told Quanta, would “allow teleportation on the fastest possible timescale.”

In 1993, an international group of six scientists showed that perfect teleportation is possible in principle, or at least it didn’t break the perceived laws of physics. In 2017, Chinese scientists were able to “teleport” photons to a satellite 300 miles away, using a phenomenon called quantum entanglement.

Professor Michio Kaku of City University, New York previously expressed in a video that teleportation was within our grasp, stating that within the next decade we will teleport the first molecule. More recently Austrian and Chinese scientists have succeeded in teleporting three-dimensional quantum states or “qutrit” for the first time.

Teleportations of humans is an ethical issue since the person being teleported has to be destroyed or killed while using quantum teleportation, according to Kaku. The professor then proposes a question that science can’t answer yet: what happens to the soul when the original copy dies?